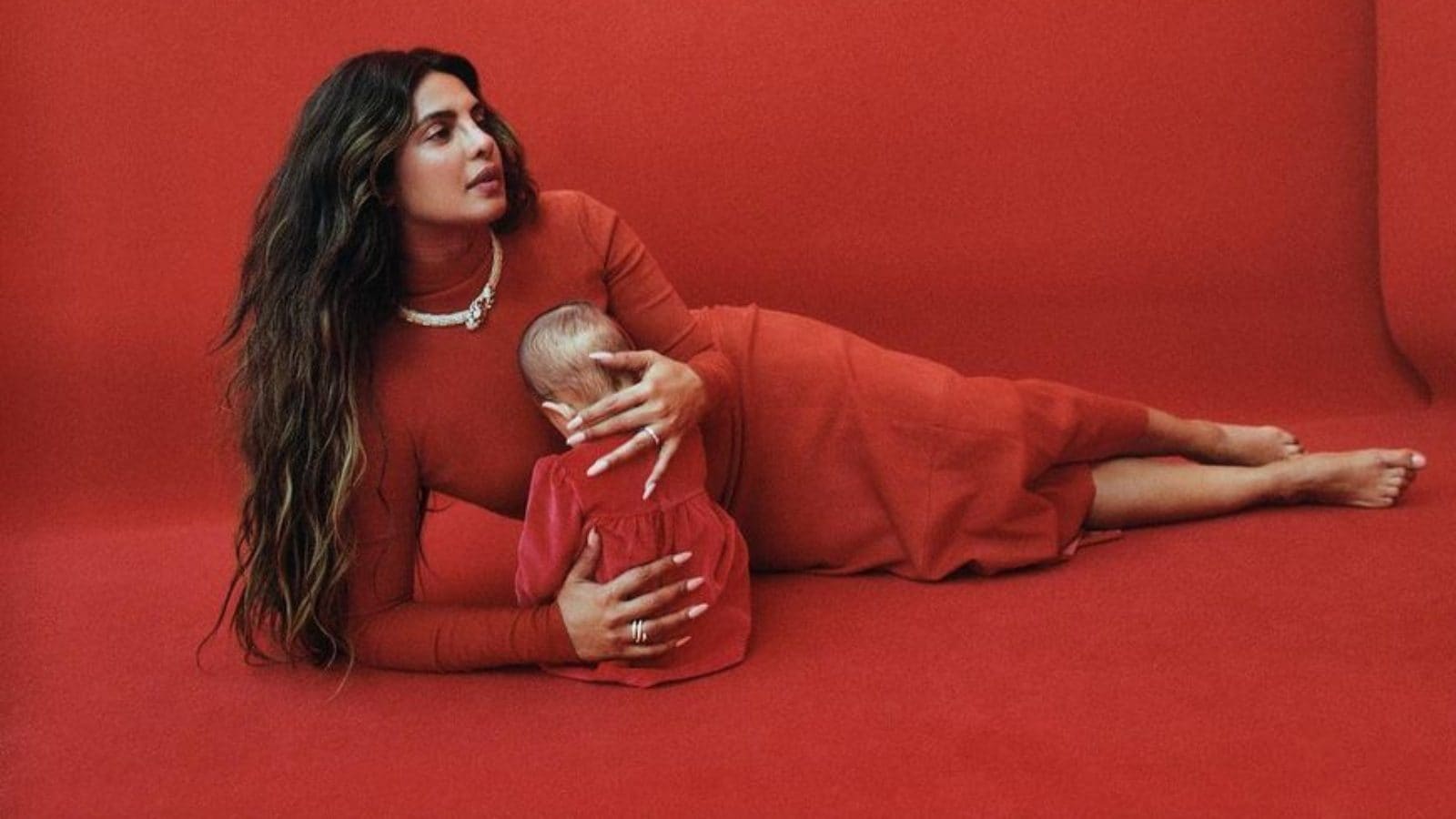 Priyanka Chopra poses with her daughter Malti for a magazine photoshoot

Priyanka Chopra, who was trolled for choosing surrogacy as a means to bring her daughter into the world, finally opened up about it.

Priyanka Chopra, who has cemented her place in Bollywood with her films and is now making a mark in Hollywood, recently added another feather to her cap. The actress and global icon became the first Indian actor to rule the cover of British Vogue. Not just that, the actress also posed with her and Nick Jonas’ daughter Malti for the magazine’s photoshoot and took to Instagram to share the photo.

The mother-daughter duo can be seen twinning in red. While Priyanka is posing graciously for the photo, her daughter’s face is turned away from the camera. Sharing the photo, the actress wrote, “Another one of our many firsts together… #MM ❤️British Vogue, February 2023″

Priyanka Chopra and Nick Jonas welcomed their firstborn in January last year through surrogacy. Later in the month of May, PeeCee announced that her daughter Malti Marie Chopra Jonas was finally home after spending 100 days in the NICU. In the interview with the magazine, the actress opened up about Malti’s birth and how she was premature. “I was in the OR [operating room] when she came out. She was so small, smaller than my hand,” she said and continued, “I saw what the intensive-care nurses do. They do God’s work. Nick and I were both standing there as they intubated her. I don’t know how they even found what they needed [in her tiny body] to intubate her.”

Priyanka also revealed why she chose surrogacy as a means to bring her daughter into the world. Talking to the magazine, she said, “I had medical complications, this was a necessary step, and I’m so grateful I was in a position where I could do this. Our surrogate was so generous, kind, lovely and funny, and she took care of this precious gift for us for six months…You don’t know me, You don’t know what I’ve been through. And just because I don’t want to make my medical history, or my daughter’s, public doesn’t give you the right to make up whatever the reasons were.”