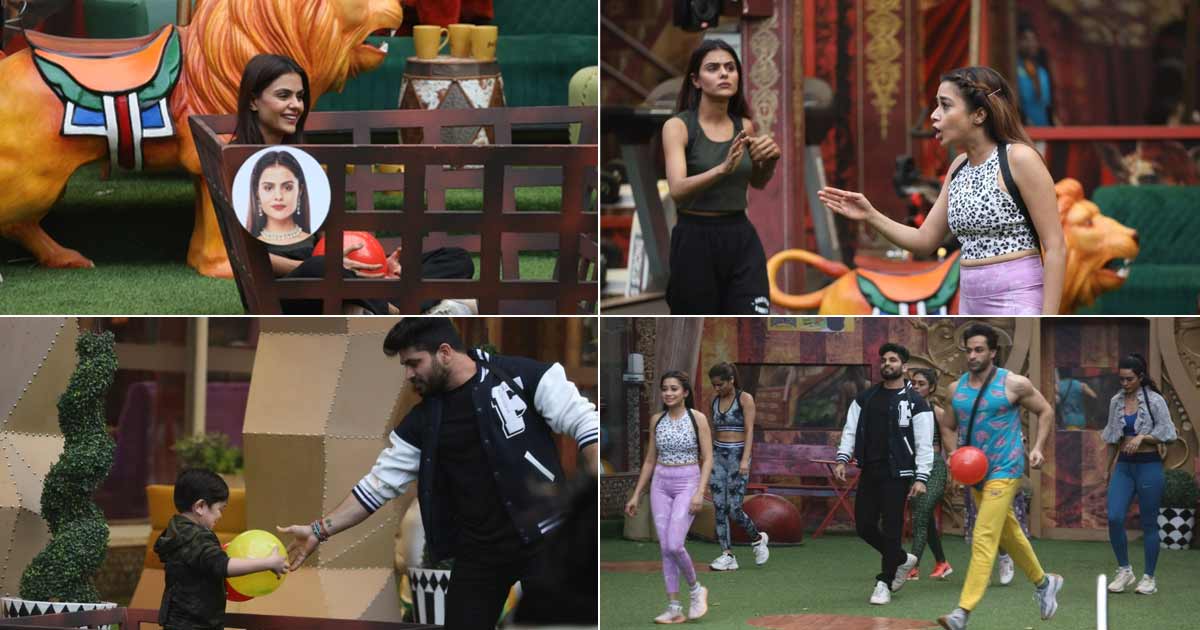 After bringing in 2023 with fanfare and celebrations, COLORS’ ‘Bigg Boss 16’ witnesses a fresh fervour for captaincy contended by MC Stan, Nimrit Kaur Ahluwalia, Abdu Rozik, and Priyanka Chahar Choudhary. The captaincy task involves non-contenders catching balls that drop from three slides built in the garden area and placing them in baskets designated to each contender. Each ball is a vote cast in the favour of the contender of their choice. The spirit of competition heats up as contenders are well aware of the stakes and this leads to fights breaking out during the task. The biggest one is between the sanchalak of the task Sajid Khan and Priyanka Chahar Choudhary, who bicker away about the rules of disqualification.

Priyanka claims that Sajid Khan is making arbitrary decisions and implored him to not cheat in the task. Sajid defends himself by asserting that he’s well within his right to do what he deems appropriate as the sanchalak. It seems that the master of the house will have the last word and the last laugh. It will be interesting to see if Priyanka wins the task as she hasn’t scored captaincy throughout her journey in the season.

Tempers flare during a kitchen fight between Bigg Boss 16 contestants Priyanka and Nimrit. It all starts with the former complaining that she doesn’t eat daal, a dish that was prepared for her, and she suggests that before preparing food, housemates should be asked about their preferences. Just this much is enough to agitate Nimrit, who argues that Priyanka should have made her preferences clear before the food is prepared. A heated debate follows, and the argument no longer remains about food. Another kitchen altercation erupts between Tina Datta and Archana when the latter jests that Tina was busy romancing with Shalin. Incensed by it, Tina remarks that Archana is cheap, and her thoughts are backward. If this fight makes it to ‘Weekend Ka Vaar’, Dabangg host Salman Khan’s verdict on it will be unmissable.

This is not the only fight that echoes in the coveted Bigg Boss 16 house. Upset with MC Stan for not carrying out his share of chores, Archana tries to shame and expose the rapper. Soon enough, they start dragging the mention of each other’s parents. Archana makes a strong repartee by saying that one who can’t respect mothers is cheap. What the rapper has to say to her in his signature style will be worth watching.

Keep watching the excitement and drama in ‘Bigg Boss 16’ powered by TRESemmé, Special Partner Ching’s Schezwan Chutney, and Make-up Partner MyGlamm every Monday to Friday at 10.00 PM and every Saturday – Sunday at 9.00 PM only on COLORS and Voot