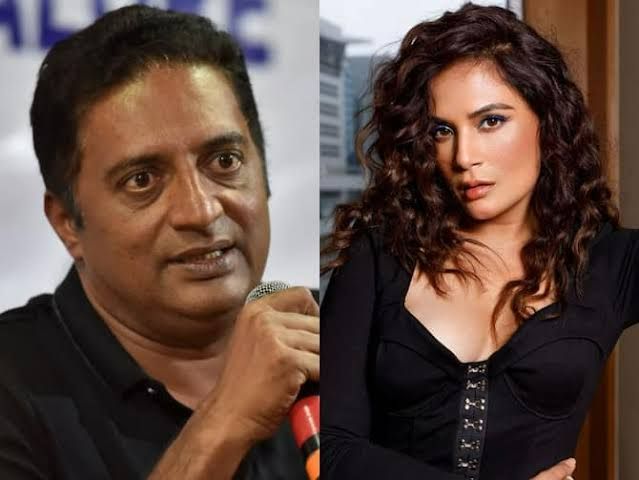 Richa Chadda, a well-known Bollywood actress, recently caused quite a stir on Twitter. In a series of tweets, she made some disparaging remarks about the Indian Army’s handling of the situation at the border with China.

This didn’t go down well with many people, who accused her of being insensitive and unpatriotic. The actress was even trended on Twitter for her remarks.

Bollywood actor Akshay previously criticized Richa for her tweet that read, “Galwan says hi.” He included his remark with the photo, which said, “To see this hurts. Nothing should ever cause us to be unappreciative of our armed forces. Aaj hum hain toh woh hain.”

Now, Actor Prakash Raj criticized Akshay Kumar for slamming Richa Chadha for her remarks regarding the 2020 Galwan clash, which resulted in the deaths of several Indian Army soldiers. In response to Northern Army Commander Lt. Gen. Upendra Dwivedi’s remark that the Indian Army is “waiting for orders from the government (sic)” in regaining Pakistan-occupied Kashmir, Chadha wrote in a since-deleted tweet, “Galwan says hi” (PoK). Shortly after, Akshay criticized Richa and shared a screenshot of her remark.

Didn’t expect this from you @akshaykumar ..having said that @RichaChadha is more relevant to our country than you sir. #justasking https://t.co/jAo5Sg6rQF

Following this, Prakash Raj backed Richa and wrote, “Yes we stand with you @RichaChadha… we understand what you meant.”