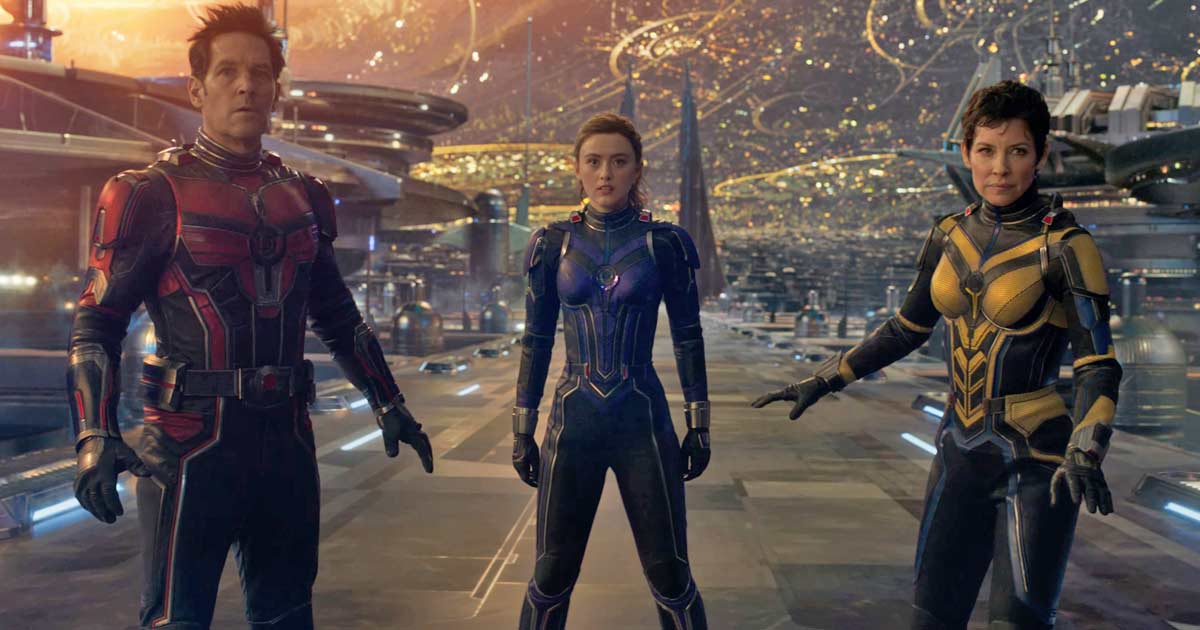 It’s 2023 and it promises the release of several superhero films. From Marvel’s Ant-Man and the Wasp: Quantumania, Guardians of the Galaxy Vol. 3 and The Marvels to DC’s Shazam! Fury of the Gods, The Flash and more – the calendar is full. And now we have come across a box office report of how the first of these will perform at the box office.

The first superhero film releasing in 2023 is Marvel Studio’s Ant-Man and the Wasp: Quantumania. As per reports coming in, this Paul Rudd-Evangeline Lilly starrer is all set to be the biggest opener in the Ant-Man franchise. Read on to know how much it’s likely to earn during its first days.

As per the latest report comes from Box Office Pro, Peyton Reed’s Ant-Man and the Wasp: Quantumania is likely to have the biggest opening as compared to the franchise’ earlier two releases. That’s right. The report suggests that the film – which is set to release in theatres across the globe in about a month, is likely to have the biggest opening weekend of the threequel. According to the report, the Paul Rudd and Evangeline Lilly starrer could make upwards of $131 million over the course of its first weekend in theatres.

While Ant-Man and the Wasp: Quantumania is looking at a $100+ million opening weekend, the franchise’s first film – Ant-Man kicked had an opening weekend of $57.2M in 2015. The sequel, Ant-Man and the Wasp earned $75.7M in opening. Talking about what is propelling the numbers for the upcoming superhero film, BOP’s Shawn Robbins wrote, “Marketing and trailer releases have permeated media in recent weeks, raising awareness and specifically igniting a conversation around the feature film introduction of Kang, played by Jonathan Majors, increasingly known to represent the franchise’s next arc-based villain.”

Talking about Ant-Man and the Wasp: Quantumania, the film sees the return of Kang (played by Jonathan Majors) after Loki. Majors’ character is being set up as the largest MCU villain since Thanos (Josh Brolin).

How excited are you for Ant-Man and the Wasp: Quantumania? Let us know in the comments.

Must Read: Ant-Man And The Wasp Quantumania New Trailer Out! Paul Rudd Fights To Save Family, Kang Debuts To Cause Massive Disruption; Can The Beginning Of Phase 5 Be Any Bigger?