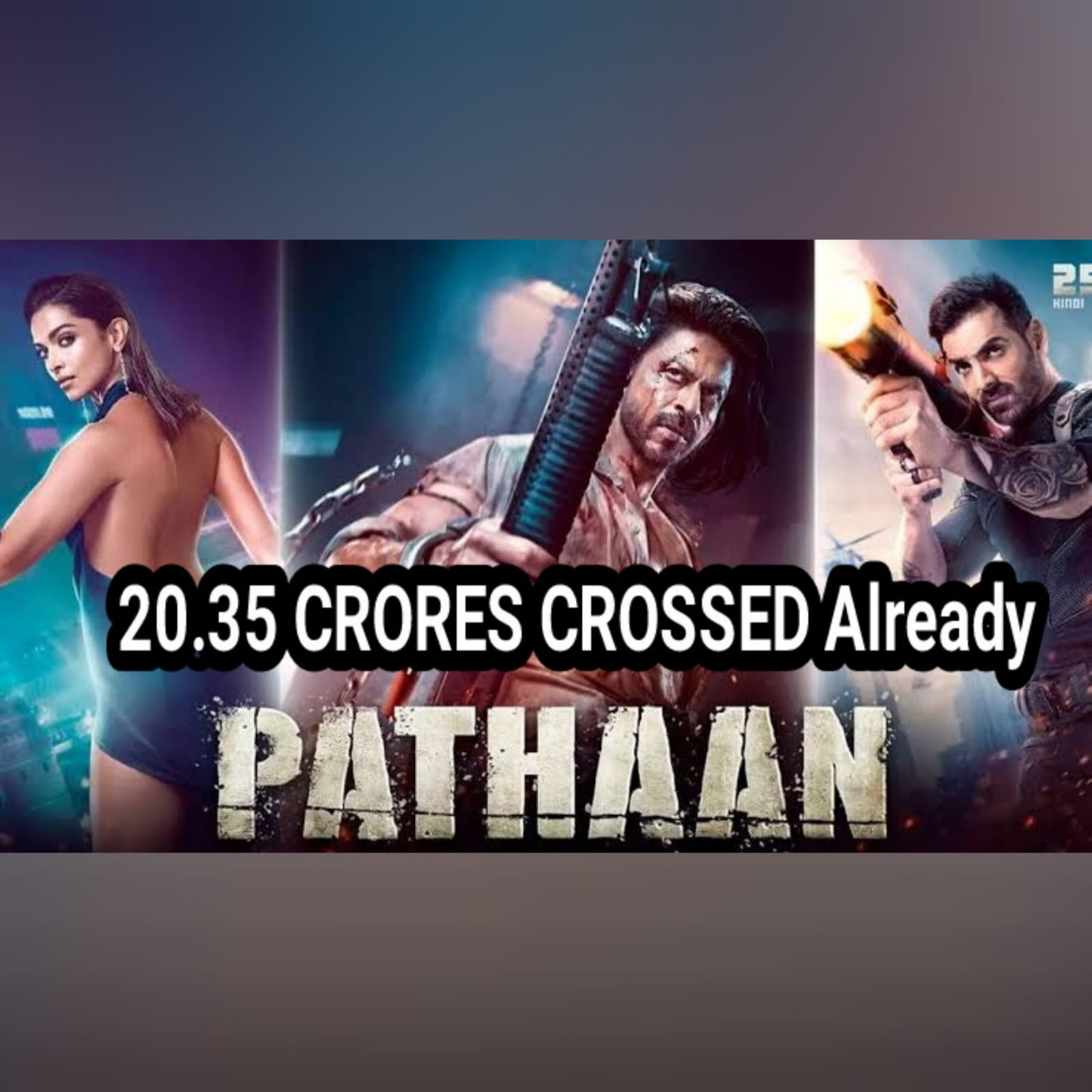 Shah Rukh Khan’s comeback film Pathaan is well on its way to become a blockbuster.

The Siddharth Anand directorial has already crossed 20.35 crore on day 1 by 3pm and is all set to close the opening collection with a 40 crore figure by night. (Prediction)

Moreover, Pathaan has already crossed 50 crores in ADVANCE booking sales itself, beating the likes of War and KGF 2. So overall, we are looking at almost 80-90 crore+ opening figure!

Pathaan is another blockbuster addition to the YRF Spy Universe. To meet the insane public demand of the film, producers Yash Raj Films is adding late-night shows from tonight 12.30 am across India since tomorrow is the Republic Day holiday! Pathaan is already the biggest ever release for a Hindi film ever in the history of Indian cinema with 8000 screens already playing the film worldwide.

Deepika Padukone is in full female fatale mode as the ISI agent Rubia. Salman Khan too has an important cameo in the film. Did you watch it?