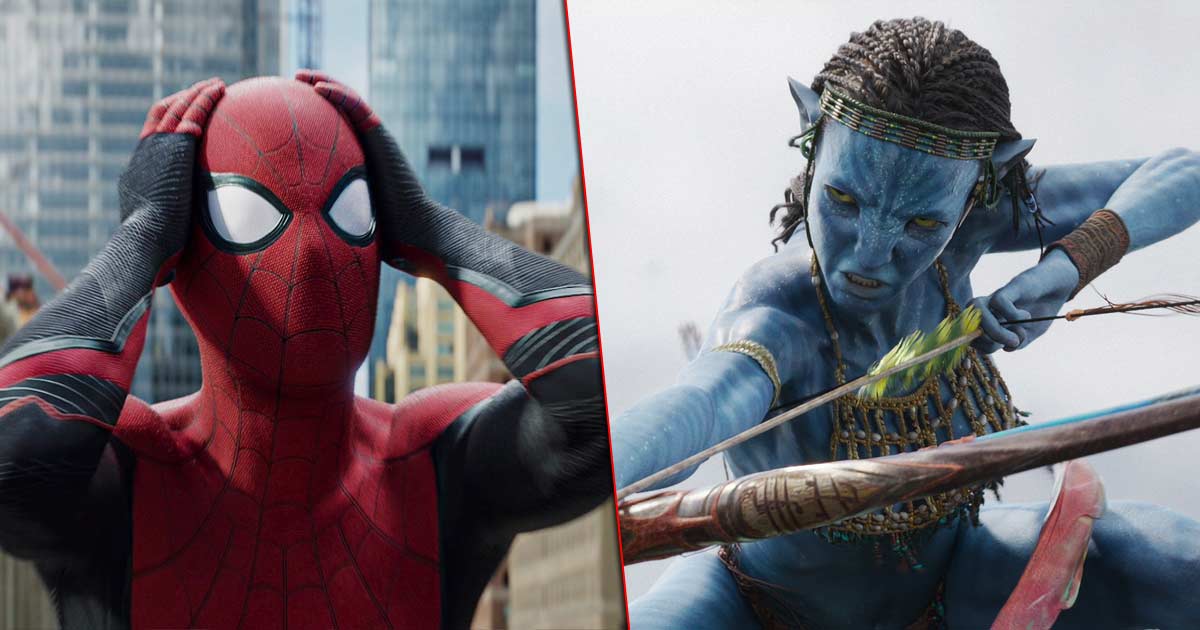 No Way Home To Become 6th Highest Grosser In History & #1 Film In The Post-Covid Era!

James Cameron’s Avatar 2 has done it! Yes, the film has become the no.1 film in the post-Covid era by surpassing towering worldwide box office collections of Spider-Man: No Way Home. Also, it is now the 6th highest-grossing film of all time. As the magnum opus continues to fetch milestones, let’s take a look at its earnings till now!

Released on 16th December, Avatar: The Way Of Water recently completed one month in theatres and has managed to pull off a solid number on board. In yesterday’s update, we covered how the film crossed the mark of $1.9 billion and how James Cameron is just inches away from creating history by giving three $2 billion films at the worldwide box office.

Now, as per Deadline, Avatar 2 stands at a global collection of $1.928 billion and has surpassed Spider-Man: No Way Home’s $1.921 billion. It is now the highest-grossing film in the post-pandemic era and the 6th highest-grossing film of all time. It’ll be soon crossing $2 billion and overtaking Avengers: Infinity War ($2.048 billion) and Star Wars – The Force Awakens ($2.069 billion).

Meanwhile, as Avatar 2 gets closer to the $2 billion mark at the worldwide box office, James Cameron recently said it’s a reminder that moviegoers still value the theatrical experience in an era of streaming dominance.

Cameron spoke with ‘Variety’ during the Official Digital Pre-Show for the Golden Globes and reacted to the Avatar sequel’s box office dominance.

Must Read: Russo Brothers & Their Billion Dollar Box Office Successes Including Avengers: Endgame Share That One Common ‘Secret Formula’ Which Is Visible To Everyone But Known To None!