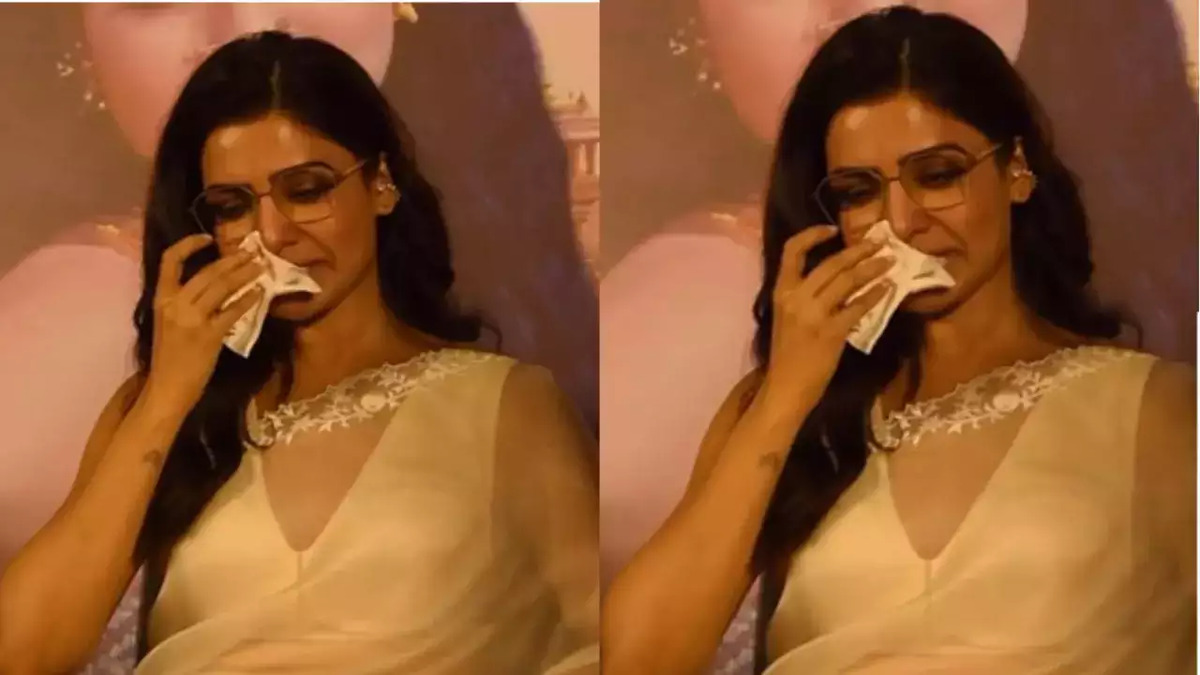 ‘No Matter How Many..’: Samantha Ruth Prabhu Breaks Down During ‘Shaakuntalam’ Trailer Launch Event!

South sensation Samantha Ruth Prabhu is going through a rough patch in life. In early November, she opened up on battling a health condition Myositis. Despite suffering from a serious disease, Prabhu showed up for the trailer launch event of her upcoming mythological drama, Shaakuntalam.

For the outing, Samantha opted for a plain white saree with floral border. She completed her look with minimal makeup and large glasses. Though she tried her best putting up a brave exterior, the actress was seen getting multiple times throughout the event. She was spotted shedding tears the first time when filmmaker Gunasekhar was speaking. Later, she was also seen wiping them off with her hands.

The Yashoda star began her speech by stating that her love for cinema hasn’t changed amid all the life struggles she has been facing since a few months. She said that she strongly believe this love will grow manifold with Shaakuntalam. Samantha also shared how she gathered all her courage to attend the event.

Talking about her character Shakutala in the magnus opus Shaakuntalam, the actress asserted that she feels lucky that Gunasekhar sir chose her and it is truly her privilege.

Several users shared the clip of Samantha crying and cheered her up by writing, “We’re with you, Sam (sic).” 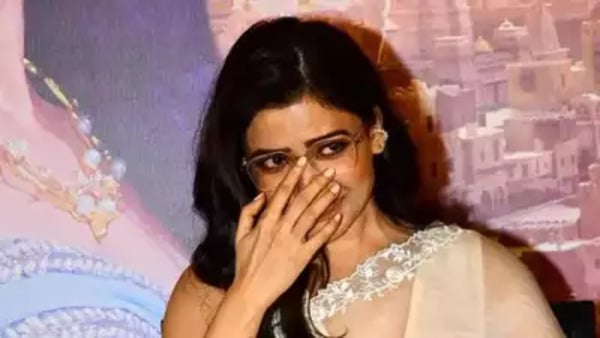 For the unversed, Shaakuntalam will be released in Hindi, Tamil, Malayalam, and Kannada on February 17. The project marks Samantha’s first collaboration with Gunasekhar who has produced and directed the film.

Workwise, Samantha Ruth Prabhu was last seen in Hari-Harish’s Yashoda. She has Shiva Nirvana’s Kushi alongside Vijay Deverakonda and Citadel India with Varun Dhawan in the pipeline.