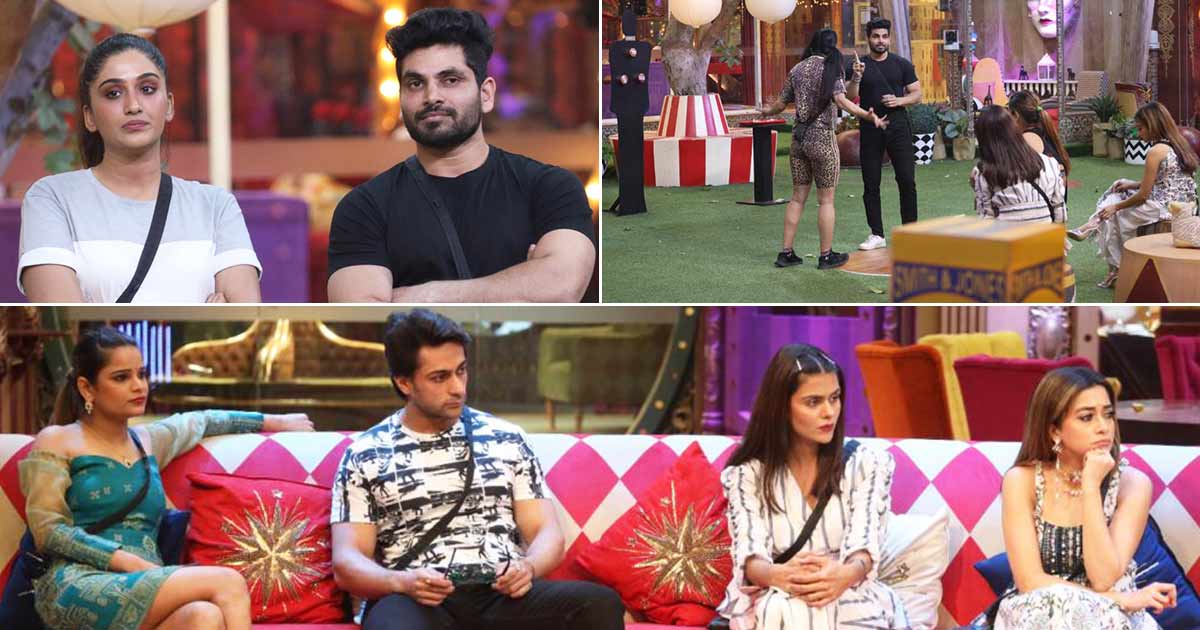 Tina Datta and Nimrit Kaur Ahluwalia were just beginning to bond in the Bigg Boss 16 house, and it seems that their relationship is souring in tonight’s episode. Nimrit alleges that Tina badmouths contestants and makes alliances, not friendships. The spat touches upon character assassination, integrity, and the use of abusive language. Tina’s rival Sumbul Touqeer Khan jumps into the conversation and drops taunts on her signature ‘talk to my hand’ repartee. Sumbul exposes Tina’s tendency to appear diplomatic and sweet with the contestants she nominates. It will be worth watching what spurred this fight.

Captain Nimrit has to defend the ticket to the finale offered to her by ‘Bigg Boss’. The master of the house commands the housemates to unanimously decide who they think deserves the ticket more than Nimrit. While some names that come to the fore were obvious, some were shocking. In the middle of the heat for grabbing the finale ticket, rivals from the first day of the season Priyanka Chahar Choudhary and Nimrit Kaur Ahluwalia are consumed in a huge verbal spat.

Priyanka pitches herself as a better claimant of the Bigg Boss 16 ticket to the finale pointing out that Nimrit has played her cards while being hidden in the mandali and that she has no individual game. Nimrit defends herself by saying that Priyanka was playing with Ankit Gupta as her shield for the longest time.

Another fight breaks out in the Bigg Boss 16 house as Shalin Bhanot defends Nimrit’s ticket and this does not sit well with Priyanka and Tina, who have witnessed him plotting against Nimrit. Both the girls call out his hypocrisy and Shalin accuses Tina of flirting with boys to get ahead in the game. It seems that the Tina-Shalin chapter is over for good. With all this drama, only time will tell who manages to nab the ticket to finale.

The task for the ticket to finale pits two friends and contenders against each other. Shiv Thakare and Nimrit Kaur Ahluwalia are locking horns and they are determined to fight it out for a fair chance to the finale. What’s worth watching is the house is divided on who deserves the ticket better between the two contenders.

Keep watching the excitement and drama in Bigg Boss 16, every Monday to Friday at 10.00 PM and every Saturday – Sunday at 9.00 PM only on COLORS and Voot.