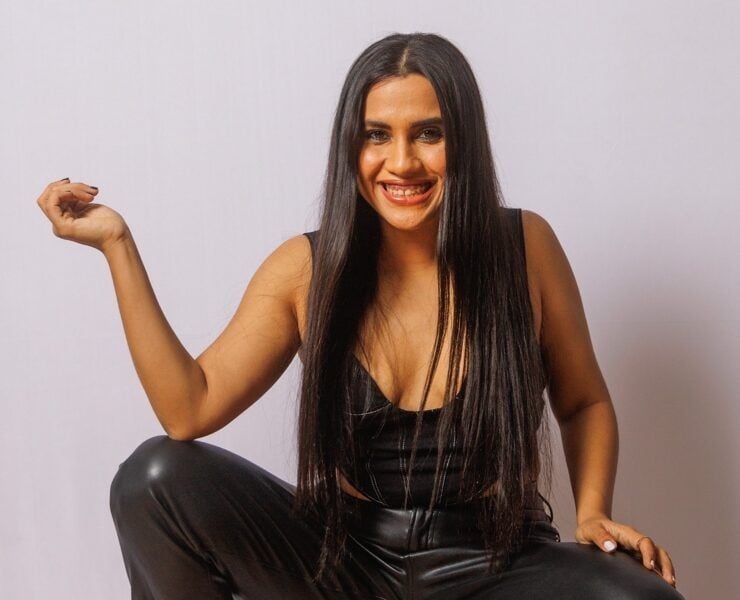 If there is a voice in the Indian music industry that adds the soul as well as the oomph in any song, it has to be Nikhita Gandhi’s. The songstress is often described as the girl with the velvet voice by music buffs. She has a very huge and loyal fan base who just adore her and as we all enter the new year, she has found a way to make it all the more special not just for her fans, but for music aficionados nationwide too.

Riding high on the success of the recent release Kya Baat Hai from the Vicky Kaushal-Kiara Advani starrer Govinda Naam Mera and giving the chartbuster Jugnu with Badshah the year before that, the versatile singer will mark the beginning of this New Year by touring different cities across the country this month, giving it a musical touch.

While 2023 has already started, Nikhita has decided to keep the celebrations going and keep up the enthusiasm of her fans and music lovers all over the country. The singer will be on a nationwide tour this whole month where she will perform live across cities, starting with Kolkata in West Bengal. She will also be touring Aurangabad, Mumbai and Goa before wrapping up her musical trip.

Also read: Shehzada trailer to be a 3-day grand celebration in 3 cities of India

Nikhita Gandhi says, “Performing live gives me an adrenaline rush and I am really looking forward to being on the road this January. The last two years have been really great professionally and I feel blessed to yet again have chartbusters like ‘Kya Baat Hai’ and ‘Jugnu’. I can’t wait to perform them along with my other hits this season- first stop, My hometown Kolkata!”

With chartbusters like Jugnu and Kya Baat Hai to her credit, Nikhita has truly become a hit machine. Her songs have become a constant at every party and celebration, and she is also maintaining her track record of delivering at least one party anthem every year. The texture in her voice is Nikhita’s USP as a singer and she has been exploring it more by collaborating with the best in the music fraternity including Tanishk Bagchi, Badshah, Guru Randhawa and Hardy Sandhu. This year, she is all set to carry on that momentum and deliver some more record-breaking tracks.