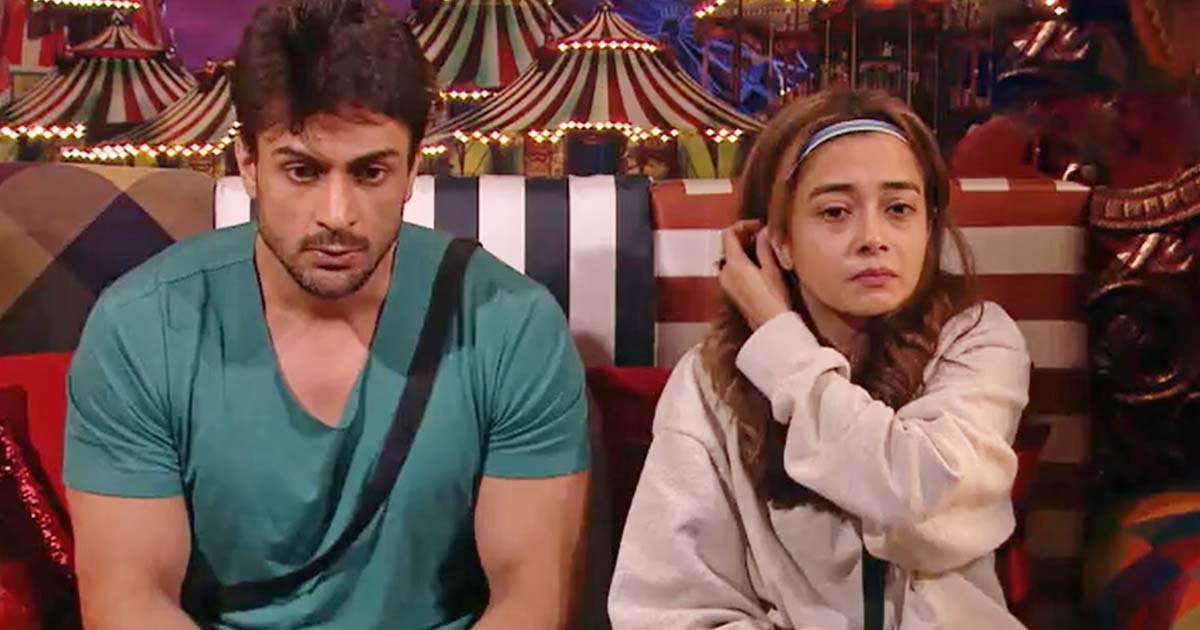 Netizens Spot Shalin Bhanot Calling Tina Datta ‘Ch*tiya’ While Abusing Her On National TV, Gets Slammed As They Ask Makers To Take A Strict Action

Tina Datta and Shalin Bhanot’s on-and-off chemistry on Bigg Boss 16 has remained one of the major highlights of this season. They started off the current season by getting romantically involved with each other. However, as the show progressed they made it clear that they don’t each other well.

Tina has remained one of the most discussed contestants of this season. Be it her lukewarm bond with the housemates to even fashion choices, the diva has undoubtedly ruled BB16. However, her fans just can’t understand her equation with Shalin. Once the duo claimed that they are seeing each other are now behaving like enemies. Recently, Shalin was caught swearing at the Uttaran actress, and didn’t go well with the netizens. Scroll down to read.

In a viral video of Bigg Boss 16 shared on Twitter, it all happened when after a small argument over chicken, while talking to Shive Thakre, Shalin Bhanot went to abuse Tina Datta and swear at her by giving ‘maa ki gali’. He also called her ch*tiya. The incident was caught on camera, leaving Tina’s fans furious. The fans questioned how someone can abuse a woman he proclaimed to love. Netizens are calling him out for his fake nature and double standards. Some fans are even blaming Shalin’s mother for filling him up with so much hatred against Tina.

A user wrote, “If not pyaar atleast keep the basic respect. Mumma Bhanot, you didn’t have to spread so much hate. This is not the first time when Shalin has abused Tina, no girl should take that.”

Shalin is abusing #TinaDatta on national Tv.. previously in washroom he once charged at Tina as if he was about to hit her! Tina ignored that & took that sportingly too! But to what extend is such kind of behaviour towards a woman in #BBhouse is acceptable?🤷‍♀️@ColorsTV @BiggBoss

“Fake Bhanot is very ill-mannered obviously because he is being brought up by his fake mumma bhanot,” another comment read.

From sacha pyar to ch**[email protected] ladki !!
This is not acceptable @BiggBoss please take action on this ,how can you give him a clean chit to this abuser ,he also abused tina’s mother ,this height of sanctimony !!#TinaDatta @iamTinaDatta @GAUAHAR_KHAN #BB16 pic.twitter.com/4zfcDtZs1Z

Fans have urged the makers of Bigg Boss 16 to action against him. For the unversed, this week sees family members of contestants entering the reality show. Recently, Shalin’s mother was seen warning him about Tina Datta.

For more such Television updates, stay tuned to Koimoi.com