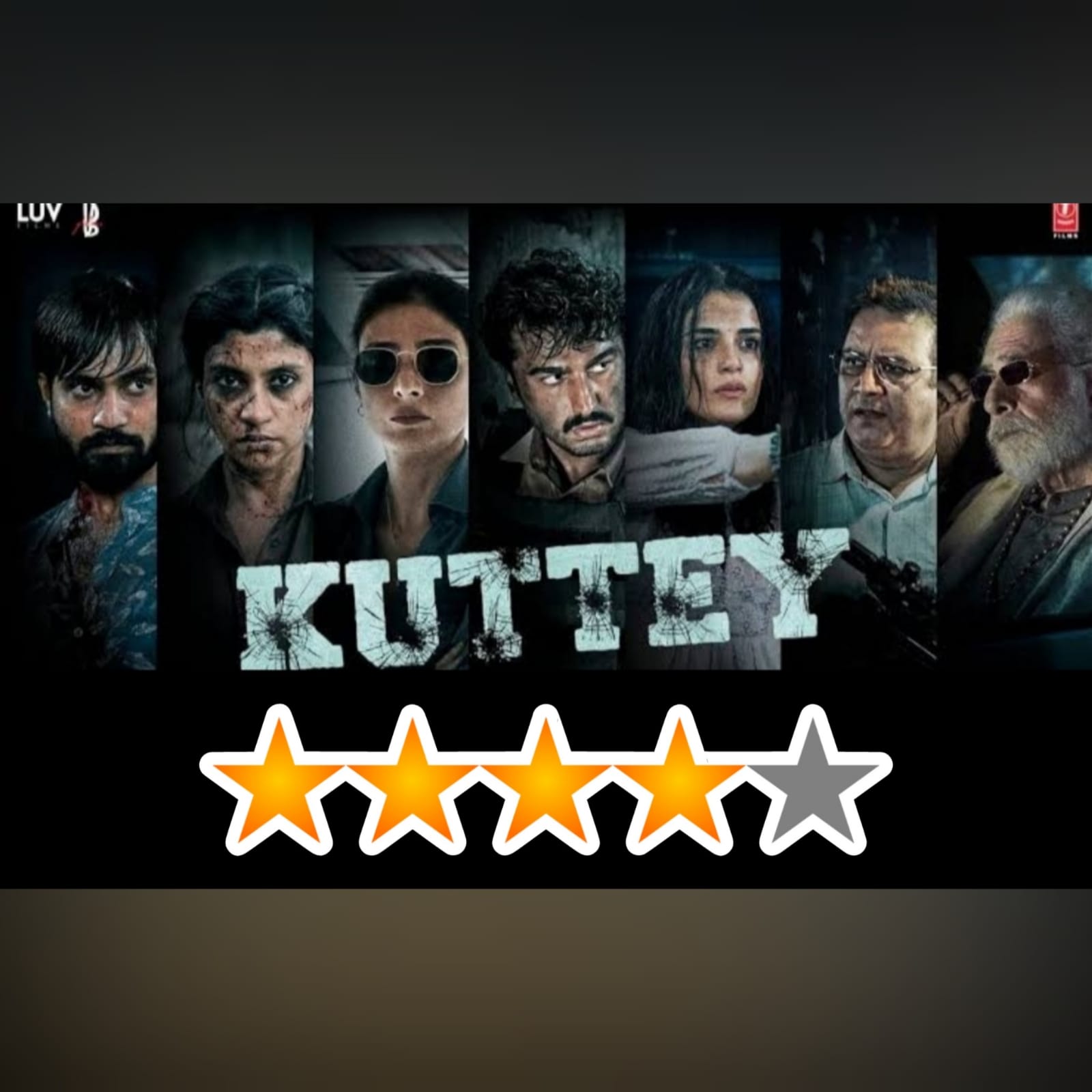 Hella slow-burn 1st half, but an equally outrageous 2nd half. The insane, bloody climax seals the deal of this audacious, dog-eat-dog action comedy as PAISA WASOOL.

After getting caught trying to double-cross a dangerous drug lord/politician (Naseeruddin Shah), cops Gopal (Arjun Kapoor) and Paaji (Kumud Mishra) get one chance to still stay in his good books. They’re tasked with killing off his rival.

Things take a turn for worse – when they fail their mission, but here’s the silver lining – a van stuffed with 4 crores cash. It can be theirs for the taking if carefully planned. But a foul-mouthed Inspector (Tabu) also wants a piece of the pie.

Add this to the mix – two eloping lovers (Radhika Madan and Shardul Bhardwaj), and a vengeful Naxalite gang led by a woman scorned (Konkona Sen Sharma). It’s a dog-eat-dog world here and who’s going to take the bone?

Watch Kuttey to find out who is double-crossing whom!

What Do We Think:

The characters in Kuttey are deliciously immoral and self-serving. There ain’t no loyal bone in any of these Kuttey, with betrayal around every corner. Guns and gore is aplenty… who will walk away with the glory?

The eclectic gang’s gun face-off sequence in the forest makes for an absolute seeti-worthy moment. Dhan Tan Nan indeed! Kuttey takes its own sweet time in setting up the 1st half. Slow-burn enough to test your patience. But things pick up pace in the outrageous, action-packed 2nd half. And the climax is really satisfactory and paisa wasool, it makes the wait in the 1st half worth it…. because oh boy, they went THERE, all guns blazing! Karma is a bitch, you’ll want to remark at the ending.

Of course, since it is an ensemble cast, some characters end up being undercooked. Konkona Sen was perfect in her grimy, intense avatar and Naseeruddin Shah seemed to be having a hoot. But they appeared to be underutilized and might as well have been cameo appearances. Konkona, Radhika and Shah could have done with more screen time.

Arjun gets the meaty part of the bone here – he’s in full Kaminey mode. Kapoor has held his own amidst this talented bunch. This time around, his deadpan, wry and impassive delivery has actually worked in the favour of his character – who’s a total shrewd, selfish, lawless HARAMI.

Radhika Madan only has the 2nd half to make her presence felt and she does make her mark as the desperate daughter-n-lover. Shardul Bhardwaj is competent in his performance but with such a large ensemble, sadly he is left in the shadows. Tabu is stellar as always and brings the chaotic energy here. Kumud Mishra is easily the best of the lot, hitting all the notes with his seasoned performance.

Kuttey follows a 3-act structure with an interesting prologue, 3 chaotic chapters and a cheeky epilogue. The winning composing combo of Vishal Bhardwaj-Gulzar strikes again; the music complements the mood of the black comedy nicely. One thing that gets a little too much after a point is the abundance of diagonal frames.

Overall, Kuttey is an entertaining watch… while the bark may be small, the bite leaves a mark!

Go watch in theatres, especially for the sheer, insane audacity of the climax!

(Also Read: Tabu Reveals That Her Character In Kuttey Movie Was Written For A MALE, Says ‘It Was Changed For Me’)