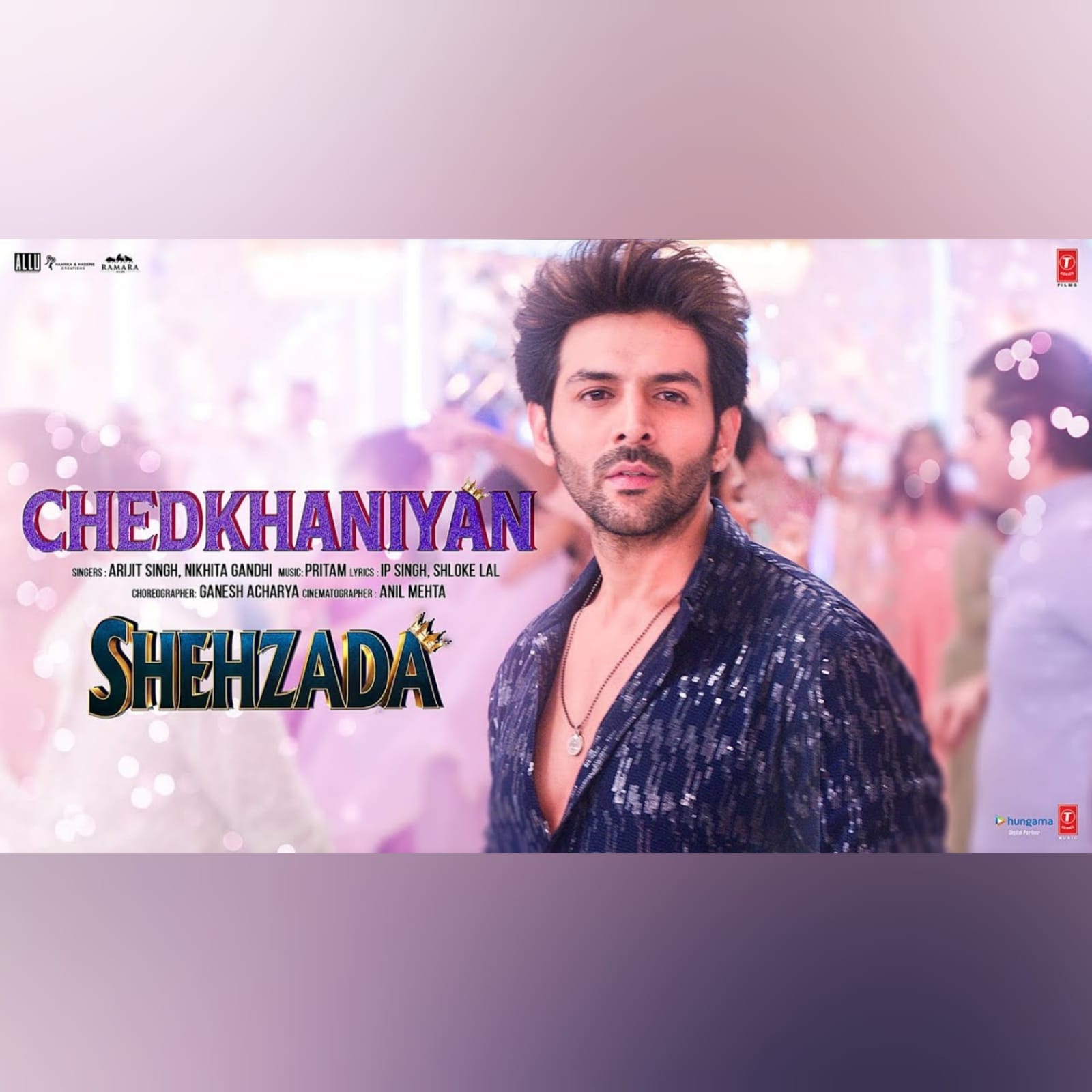 After a beachy outing with Munda Sona Hoon Main, Chedkhaniyan is here from Shehzada and it’s a sure-shot Family Dance Number!

This song is surely going to be the most played one at your next outing with family. Chedkhaniyan gives a sneak peek of the Shehzada family, pulling everyone together to the dance floor to become the family song of the year.

Kartik Aaryan’s hook step, #FootsieStep, in this song has us hooked at one go – as usual. Kriti Sanon looks like a dream in desi avatar and our Shehzada is stealing hearts in his desi attire too.

The song is artistically sung by the Arijit Singh-Nikhita Gandhi duo. The peppy music is given by Pritam and lyrics are penned by IP Singh, Shloke Lal. The hit moves are given by one and only Ganesh Acharya.

The trailer of the film has already crossed 100 million views and is multiplying rapidly among audiences. Kartik and Kriti Sanon’s pairing is already a hit among the audience and they are looking forward to seeing them on-screen once again.

(Also Read: OMG! WHAT Is Kartik Aaryan’s FEE For ‘Shehzada’ Movie? Check Out The WHOPPING Amount-)