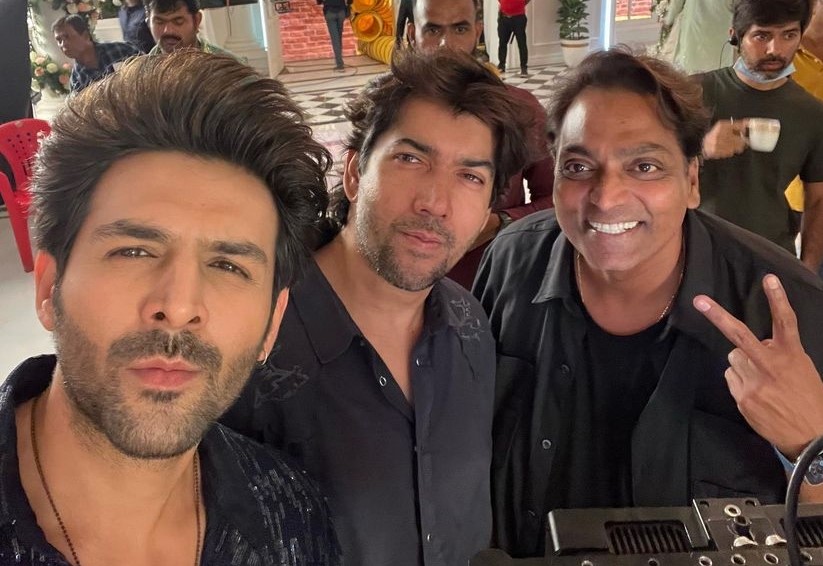 2022 has been truly a phenomenal one for the young superstar Kartik Aaryan with Bhool Bhulaiyaa 2 proving to be one of the biggest blockbusters of the year while he delivered his finest performance in Freddy. Moreover, seems like the superstar is eyeing to make this year even more fruitful as he starts it with the shoot of his next big release Shehzada.

Taking to his social media, Kartik shared a selfie from the sets of ‘Shehzada’ in which he can be seen with the director Rohit Dhawan and the choreographer Ganesh Acharya. While jotting down the caption, he wrote –

Having two blockbusters in 2022 from the superstar, the audience is eagerly waiting for his next. This excitement of the audience went on to touch new heights when recently the teaser of Shehzada was released in which Kartik can be seen in a full-on massive avatar.

On the work front, as the first look of his upcoming Shehzada has already left the masses impressed, Kartik will also be seen in Aashiqui 3, and Kabir Khan’s untitled next along with Satyaprem Ki Katha.