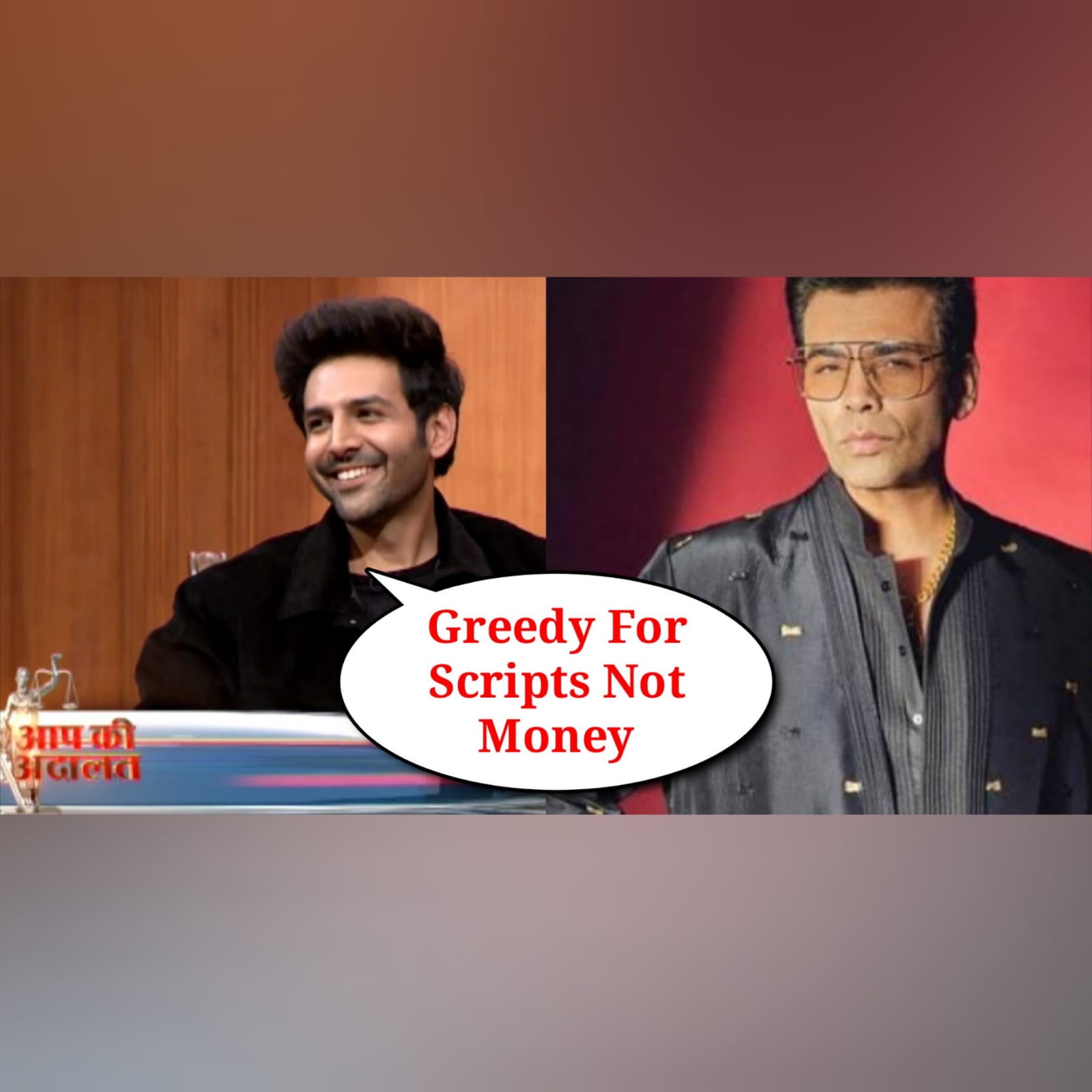 In the recent tell-all interview with Rajat Sharma on Aap Ki Adalat, Kartik Aaryan opened up on his fight with Karan Johar and gave a classy answer.

For the unversed, Kartik was supposed to star in Dostana 2 but he was dropped from the project after a fall-out with KJO. The news had spread like wildfire back then! Kartik’s professionalism was also questioned but the young star had kept mum on the controversy.

Now, when Kartik was grilled about his fight with Karan, he replied – “It happens sometimes. I believe in what my Mother says and the values she taught me; if there’s a clash between old vs young, the younger one shouldn’t speak about it. Hence, I’ve never talked about it nor will I ever.”

Rajat prodded that KJO had alleged – Kartik who once used to charge 1.5 lakh was demanding 20 crores and had left the film when he didn’t get that!

To that claim, Kartik replied – “This is like Chinese whispers, the story gets changed and turns into something else. It’s not anyone’s direct quote….it gets leaked out as a ‘sourced’ story. And that make-believe is then put up in front of people. I’ve never left a film because of money. I’m greedy for scripts, not money.”

Rajat again grilled Kartik – did he leave Dostana 2 because of script changes? But the BB2 star denied the rumour.

“The Pandemic happened, there was a gap of 1.5 years and there were some pre-planned changes in the script which couldn’t happen.”

Allegation Of Being Unprofessional?

On the allegation of being unprofessional, pat came Kartik’s reply – that it’s important to be vocal about what one wants.

“Besharam toh mai hu. Zaroori bhi hai. It’s important to be vocal. While the casting is going on for a film, and they want to go in a different zone, I try to take them into my zone sometimes. And it has happened also,” Kartik commented.

But all’s well that ends well. It appears that Karan Johar-Kartik Aaryan have buried the hatchet. KJO even liked and posted the Shehzada trailer on his Instagram, praising it.