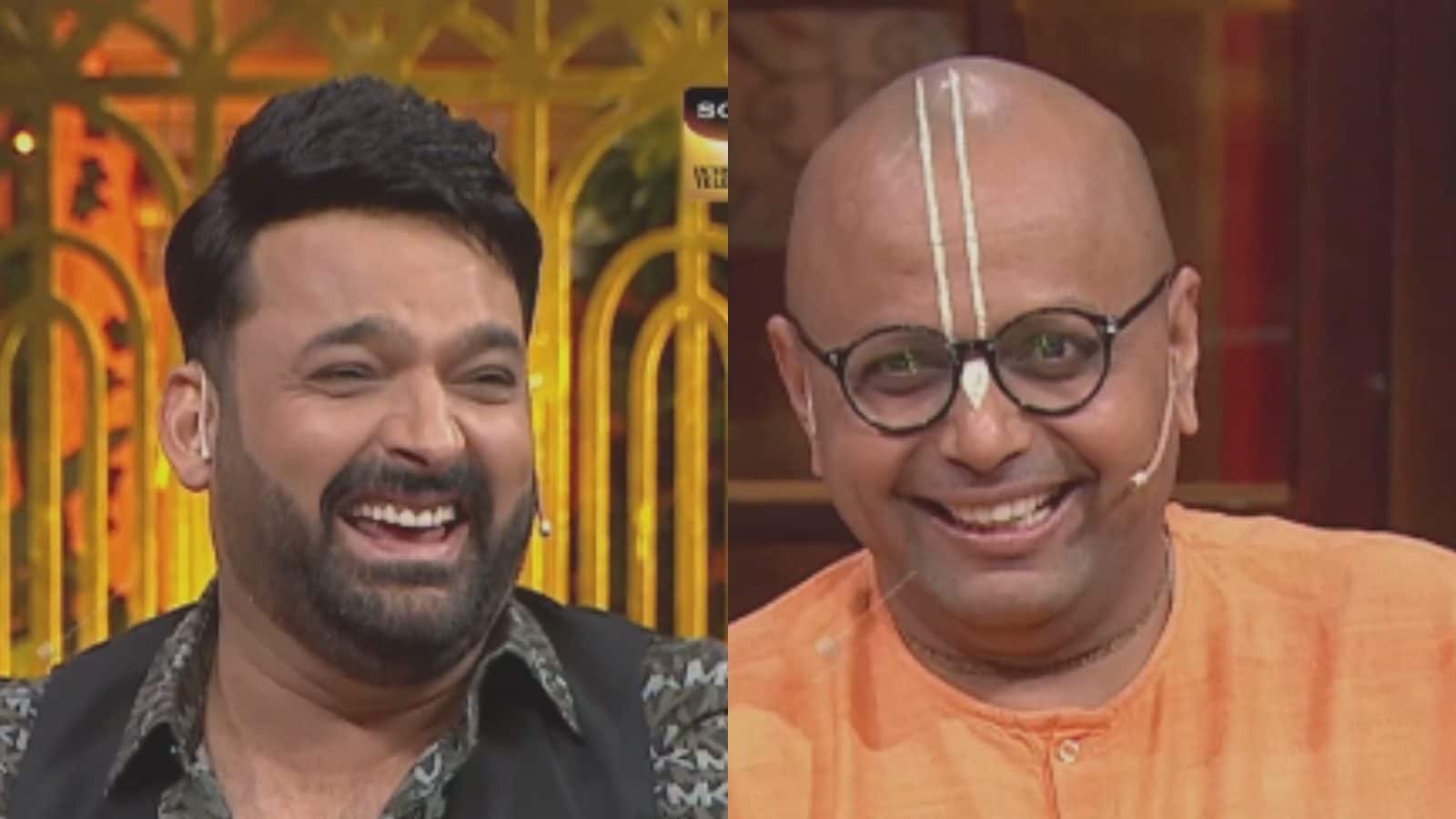 Kapil Sharma leaves guest Gaur Gopal Das in splits as he shares an anecdote about an alcoholic and how god appeared in his dream to give him a punishment.

The Kapil Sharma Show’s forthcoming episode will have motivational speaker Gaur Gopal Das as well as well-known singers from the 1990s like Suneeta Rao, Shweta Shetty, Altaf Raja, and Shabbir Kumar as guests. A new promo for the episode shows Kapil narrating a story to Gaur Gopal Das who is left amuzed at the end of the story. Sony shared the promo on social media with the caption, “Iss weekend raat 9:30 baje, #SonyEntertainmentTelevision par The Kapil Sharma Show mein, Kappu sunayega rochak kahaaniyaan (This weekend at 9:30 pm, on Sony Entertainment Television on The Kapil Sharma Show, Kappu will tell interesting stories)!”

The promo opens with Kapil narrating a story in which he reveals that once upon a time, a man who used to drink excessively had a dream in which God told him, “You are a good man, but you drink excessively; something must be done about it.” God then devised a scheme and offered him the choice of losing his memory or having his hands removed. The individual made the decision to retain his memory while having his hands amputated. When asked why, the man responded, “If I lose my hands, I will clumsily drop alcohol down and it’s okay, but if I lose my memory, I won’t remember where I kept the bottle,” as an answer. On listening to this story, Gaur Gopal Das along with the audience was left in splits.

Watch the video below:

Earlier, the makers shared another promo where Kapil is seen asking Gaur Gopal Das about his ‘girlfriend-boyfriend’ video. Enquiring him about the same, Kapil Sharma asks, “Aapko ye student hona ka experience hai ya kabhi mohabbat mein bhi pade hain (have you ever studied this subject or been in love with anyone)?” To which, Gopal Das replied, “Kapil is taking a lot of liberty today.”

In the clip, Shweta Shetty was also asked about her encounter with a “crazy fan”. During her time, she said, fans were decent and polite. She went on to say that fans now occasionally hug celebrities with their permission while taking selfies. Watch the video below:

Several celebrities, including Ajay Devgn, Akshay Kumar, Katrina Kaif, Janhvi Kapoor, Parineeti Chopra, and others, have appeared on the show to promote their upcoming films. To watch this entertaining episode of The Kapil Sharma Show with Gaur Gopal Das, tune in to Sony TV on Saturday and Sunday at 9:30 p.m.