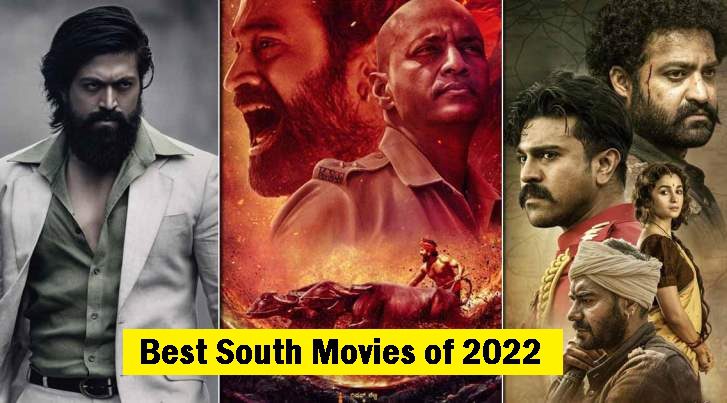 The craze for south Indian movies has increased manifold in the last five years. One of the main reasons is the quality of movies coming out of the South Indian film industry in the last few years. This year too we have witnessed several great Tamil, and Telugu movies including RRR, Kantara and KGF Chapter 2. If you are a fan of South Indian cinema, this article is for you. We have listed down the 11 best south Indian movies of 2022 along with streaming details.

One of the best of 2022, Kantara revolves around the culture of Kambla and Bhootha Kola. A human and nature conflict where Shiva is a rebel who defends his village and nature. However, a death leads to war between villagers and evil forces. Will he be able to regain peace in the village? The climax of the movie will shake you.

The second instalment of KGF has Rocky taking Kolar Gold Fields to new heights and establishing himself as the undisputed King. With great power comes big threats. With rivals challenging him, the government sees him as a threat to law and order. Rocky must battle threats from all sides for unchallenged supremacy.

A lonely man Dharma is stuck in his life and spends each day in the comfort of his loneliness with no ambitions. A pup named Charlie enters his life and gives him a new perspective towards it.

Starring big names like Kamal Haasan, Vijay Sethupati and Fahadh Faasil, Vikram is one of the best action thrillers of all time. The high-octane action thriller revolves around a special investigative officer who is assigned a case of serial Killings. He finds that the case is not what it seems to be and leading down this path is only going to end in a war between everyone involved.

Directed by SS Rajamouli, RRR is the biggest blockbuster of 2022. It is a fictional story about two legendary revolutionaries and their journey away from home before they started fighting for their country in the 1920s.

Where to watch: Sony LIV (Tamil)

Starring Sai Pallavi, this heart-wrenching drama showcases the journey of a young school teacher to prove her father’s innocence with the help of a juvenile advocate who’s never even seen the interiors of a court hall.

Starring Ra Madhavan in the lead role, the movie is based on the life of Nambi Narayanan, a scientist at the Indian Space Research Organisation, who was accused in the ISRO espionage case and later acquitted.

A sequel to the mystic thriller Karthikeya (2014), which deals with the personal problems of Karthik and how he comes out of them. His pursuit of the truth leads him to find out the power of the Indian ancient system and the Tatva of Lord Sri Krishna.

Where to watch: Netflix (Telugu and Hindi)

Based on the life of Major Sandeep Unnikrishnan, who was martyred during the November 2008 Mumbai attacks and was consequently awarded the Ashoka Chakra, India’s highest peacetime gallantry award, on 26 January 2009.

Where to watch: Disney+ Hostar (Malayalam)

The emotional journey of Arun, his carefree bachelor days in engineering college, and how he matures through various phases of life.

Dulquer Salmaan, Mrunal Thakur and Rashmika Mandanna starrer Sita Ramam is one of the best romantic dramas of the Indian cinema. Set in 1964, Lieutenant Ram (Salmaan), an orphan army officer serving at the Kashmir border, gets anonymous love letters from Sita Mahalakshmi (Mrunal). Ram gets on a mission to find Sita and propose his love.

So, these are the best south Indian movies of 2022 with their streaming details. If you think more movies should be part of this list, please let us know in the comments section.