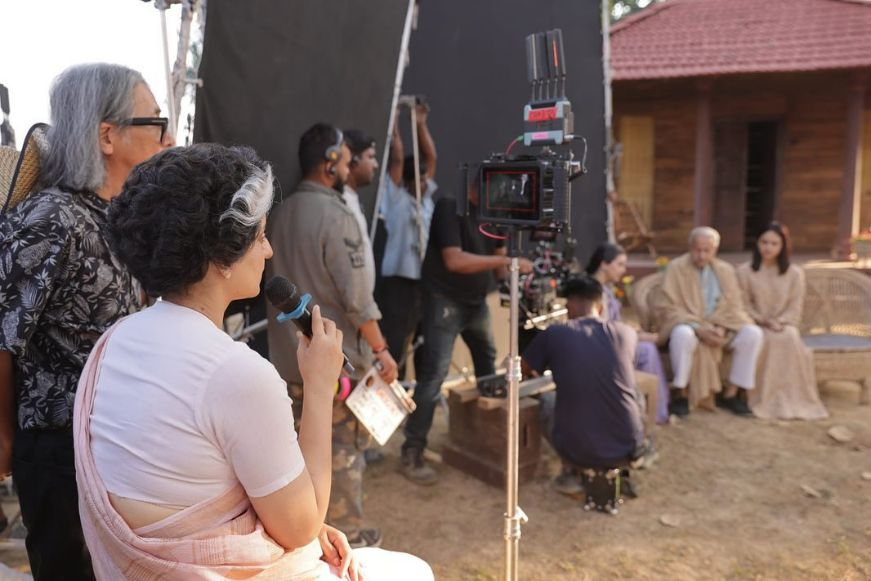 Kangana Ranaut: I had to mortgage all my property for ‘Emergency’!

Kangana Ranaut: I had to mortgage all my property for ‘Emergency’!

Kangana Ranaut, the multi-talented actress-turned-filmmaker, recently revealed that she had to mortgage all her property to complete the shoot of her upcoming biographical drama on former Prime Minister Indira Gandhi. The film, titled Emergency, is set to release in 2023 and promises to be an interesting take on the life and legacy of India’s first female Prime Minister.

Kangana Ranaut revealed that even though she was able to get the necessary financial support to make the film, the budget was still significantly higher than what she expected. As a result, she had to mortgage all her properties to complete the shoot.

Kangana Ranaut has been a long-time admirer of Indira Gandhi.  It is this admiration that has motivated the actress-filmmaker to make a biographical drama on the legendary leader.

In a statement released by the actress, she said, “I have mortgaged all my properties to make this film. It was a huge risk, but I was willing to take it because I wanted to do justice to the subject. I want to tell a beautiful story about Indira Gandhi, which will be an inspiration for generations to come”.

Kangana Ranaut has wrapped up the shooting of her upcoming film, Emergency, and recently announced the news with a few behind-the-scenes pictures on Instagram. The 35-year-old will be playing the role of Indira in the film and her post was accompanied by a heartfelt caption. Kangana wrote about the challenges she faced during the first schedule of the shoot in which she had to battle dengue and an alarmingly low “blood cell count”. Despite this, she managed to pull through and finish the schedule.

Kangana Ranaut is known for her versatility and this film is yet another example of her different facets. She is an actress, filmmaker, and now a producer all rolled into one.

The film is being made with the help of a top-notch team and is expected to be a visual treat. It is sure to be a fascinating look into the life and times of the former Prime Minister. We cannot wait to see what Kangana Ranaut has in store for us with this ambitious project.