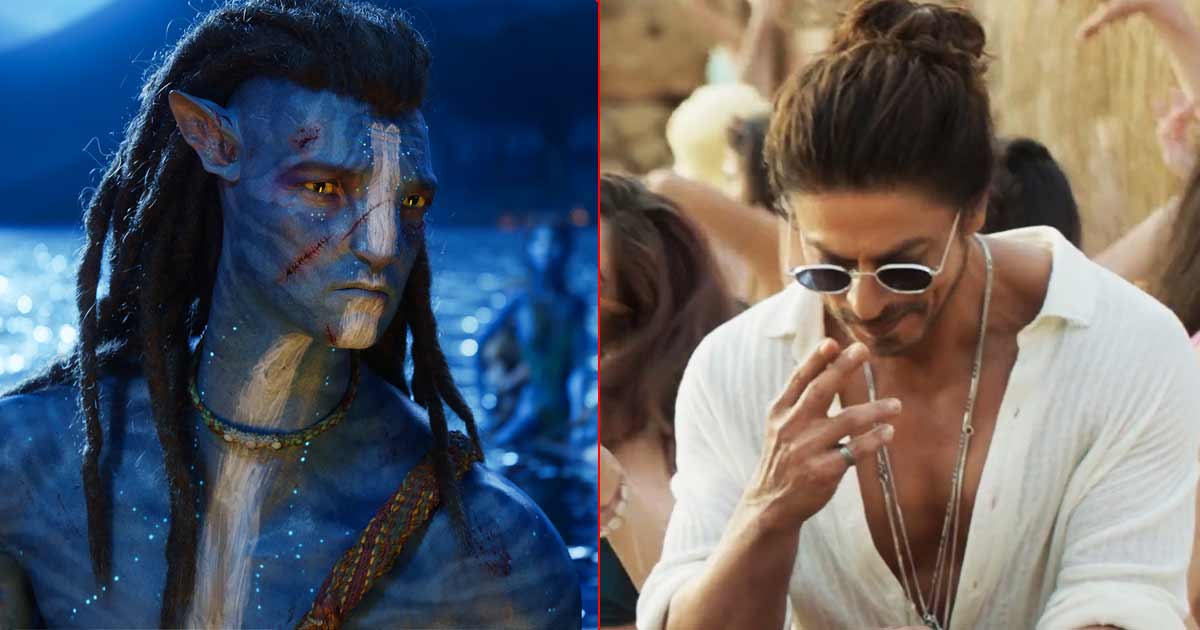 James Cameron’s Biggie Had A Shot At 400 Crores But Shah Rukh Khan’s Pathaan Spoils The Chance!

James Cameron’s Avatar 2 has been winning hearts across the globe ever since it arrived in theatres. Recently, the film became the biggest hit at the worldwide box office in the post-pandemic era by crossing Spider-Man: No Way Home. Now, there’s an update coming in from India. So, let’s take a look at how much it has earned here!

Released on 16th December, Avatar: The Way Of Water recently completed one month in theatres. Yesterday, we covered the biggie crossing the numbers of Spider-Man: No Way Home and emerging as the 6th highest-grossing film in history and we even mentioned it becoming the no. 1 film in the post-Covid times.

In India, after beating Avengers: Endgame, Avatar 2 had a golden opportunity of entering into the 400 crore club and becoming the first Hollywood film to do so in India. However, all thanks to Shah Rukh Khan’s Pathaan, the chance has been spoiled. So far, the magnum opus has raked in a gigantic total of 386.90 crores nett in India. Sure, the distance is short but the slowed-down pace is making it difficult to aim for 400 crores.

On the 25th of January, Pathaan is set to arrive in style across the country with a huge screen count, thus cornering Avatar 2 from theatres.

Meanwhile, James Cameron recently spoke about different viewing methods for Avatar, and he said a “good experience” can still be achieved at home, reports ‘Variety’.

“If you watch ‘Way of Water’ at home on a reasonably large flat-screen TV with a decent sound system and you sit close enough and that way across the room, you’re going to have a good experience,” Cameron said.