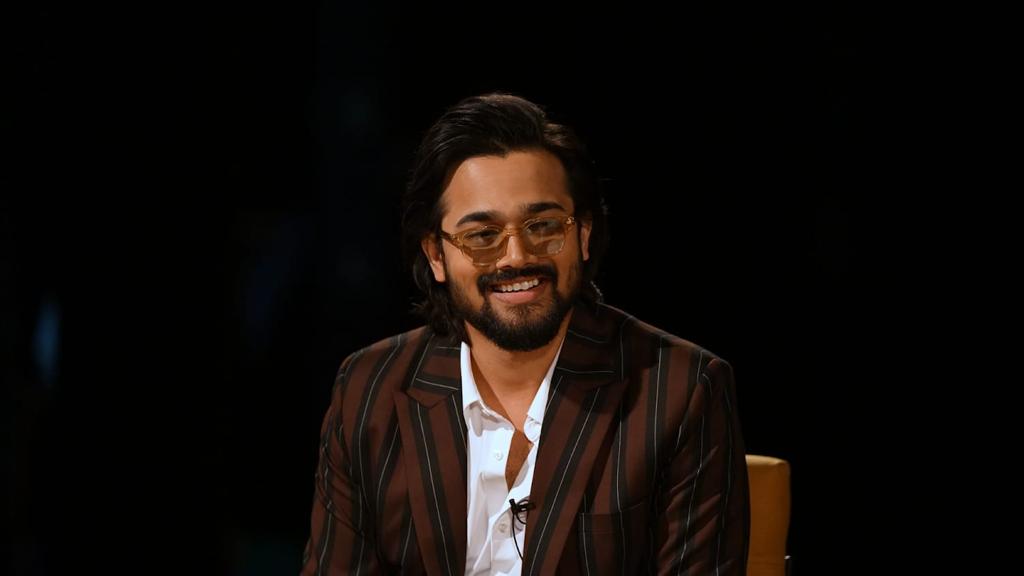 YouTube star Bhuvan Bam, who recently made his OTT debut with Taaza Khabar, wants to explore an action-comedy centered around the origins of his hilarious and widely-loved character, Titu mama.

Talking about it at Film Companion’s Front Row session, Bhuvan said, “Titu mama is straight-faced and gets away saying anything – I want to be like him in real life.”

“The day I can stop being lazy, I have a dream of going to the gym and building a decent body so that I can create an action-comedy centered around Titu mama. This film won’t have any other characters from the BB Ki Vines universe. I want to explore the origin story of Titu mama – how did he become this crazy?”

Bhuvan also regaled a packed house with stories of his journey and the rejections he’s faced, his aspirations for BB Ki Vines, and why he hopes ‘Bollywood will now take him seriously.’

“I always wanted to become an actor. The reason for the moustache, the muffler and the wig, was that I wanted to disguise myself and play really good characters. But when the disguise lifted, I used to become very conscious. I felt naked. Therefore, Taaza Khabar was a big leap of faith for me.”

Famous for making people laugh with his comedy sketches, Bhuvan lets us in on a side of his personality that very few know about. “I am actually a very negative guy. The worst thoughts usually come to my head first. After Shah Rukh Khan shot the first episode of Titu Talks and left the room all the worst thoughts in the world came to my mind. If he came in the first episode, who can I possibly get next? After you are done with SRK it makes no sense to interview another actor.”

Bhuvan leaves us with a life mantra. “This one time I was so stressed that I slept on a Monday and woke up straight on a Wednesday. When I’m stressed or feeling down, I just go to sleep. Earlier, I would overeat and then I had gas along with the stress. So now I’ve figured that sleep is the best solution. It saves you from making bad decisions in panic and impulse. When you wake up, you approach it from a fresh POV and it usually gets solved. So, my funda is simple, when you are stressed, just go to sleep.”