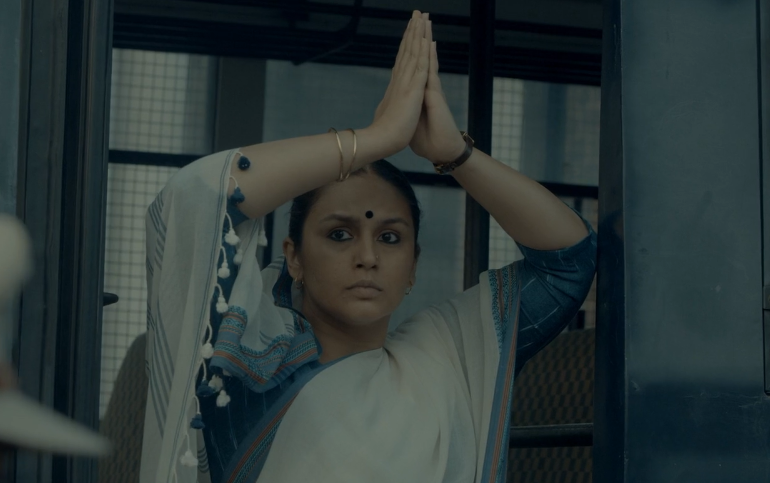 Before embarking upon a career as a filmmaker, Subhash Kapoor worked as a political journalist for several years. His experiences as a journalist seem to have played an important role in the way he has structured ‘Maharani’, a Sony LIV series whose second season dropped recently. Apart from being the creator of the show, Subhash has also co-written it with Nandan Singh and Umashankar Singh.

In the first season, one witnessed Rani Bharti (Huma Qureshi), the uneducated and inexperienced Chief Minister of Bihar, slowly learning the ropes of the trade. While making a serious effort towards understanding the world of politics, Rani ensures that she doesn’t give up on her principles or compromise on her ethics. Her quest for the truth and commitment to act in a just manner leads her to send her own husband Bheema Bharti (Sohum Shah), the ex-chief minister of Bihar to jail. In the second season of ‘Maharani’, we see Rani getting a better hold over her position and the environment she is functioning in.

The first five minutes of the first episode reveal an important incident that takes place towards the final episodes of the show. While it is debatable whether revealing such an important detail at the onset was a good idea or not, it does help in setting the tone for the show. The second season is sprawled across ten episodes. While some of the episodes are fifty-minute long, some have a duration of 3035 minutes. A few of the episodes are forty-minute long. As compared to the first season, the second season has a faster pace to it. The screenplay has been designed to ensure the audience remains fully invested in it and also gets surprised by the twists and turns that arrive at regular intervals.

Even if you are somebody who has no awareness of Bihar politics, when you watch the show you will realize that it has been helmed by those who understand or have studied it well. Though the series has been inspired by several real-life incidents, it would be hard to think of a chief minister as ethical as Rani Bharti in the history of modern Indian politics.

Just like the first season, Huma Qureshi is in terrific form in the second season as well. Apart from delivering a terrific performance, she gets the dialect right and ensures that the body language and mannerisms of the character help the audience relate to it. Sohum Shah brings out the several layers in his characters to the fore wonderfully. Amit Sial delivers a supremely confident performance as Navin Kumar. Kani Kusruti leaves a mark as Kaveri Sreedharan. As Gauri Shankar Pandey, Vineet Kumar delivers one of the best performances in the series. Anuja Sathe has a great screen presence and does complete justice to her multi-layered character.

Towards the third episode, you start getting the feeling that the narrative is becoming predictable but then, it ends on a high leaving you intrigued and awakening the desire to watch the episode. Most of the episodes, in fact, boast of very interesting endings and that’s one of the factors that keep your interest alive in this very entertaining show. The second season of ‘Maharani’ goes several notches higher than the first season. Now, one keenly looks forward to the third season to arrive.