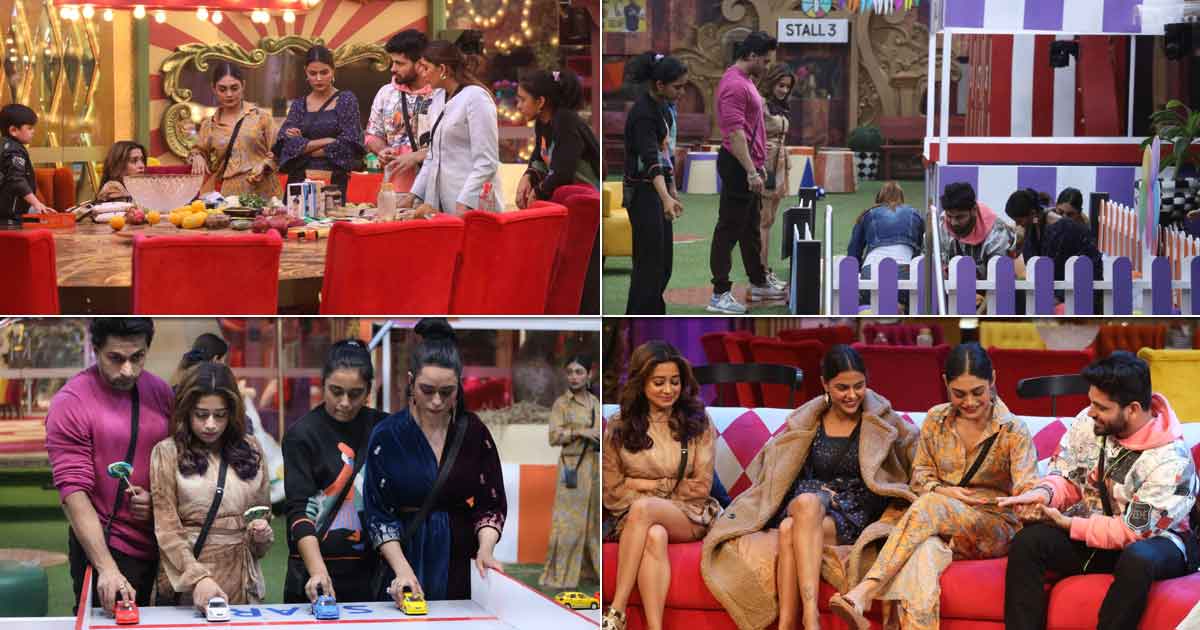 House Turns Into A Fair, Priyanka Chahar Choudhary Secures Some Ration But How Much Is In The Inmates’ Qismat?

Continuing the week of chances, the first ration task of 2023 tests the fate of the housemates on COLORS’ ‘Bigg Boss 16’. It’s a new year but not much has changed inside the house, apart from new issues brewing in the house. In the middle of the day, ‘Bigg Boss’ announces the task of ‘Qismat’ to decide the ration that the housemates get for the week.

The task is played in multiple rounds, to find out if the housemates get any ration or lose out on the food for the week. For the ‘Qismat’ task, the house is turned into a ‘BB Fair’ and the garden and pool area are designed with balloons and several stalls. For the first round, ‘Bigg Boss’ announces that one contestant from every room must burst the balloons to reveal a letter that mentions ‘Ab aapki baari’. Whoever gets the above-mentioned letter, gets the chance to choose a mystery door out of the three doors that are set up. Out of the three doors, one has the required amount of ration, another has soft drink cans and the other one is empty.

The first round was played by Sreejita as she gets the letter, but she chooses an empty door, so the opportunity goes to Priyanka who secures some ration for the house. After every round, ‘Bigg Boss’ instructs the contestants to stand in a proper line to prepare for the next rounds. In the second round, Tina gets a chance to earn ration, but she chooses an empty door.

During the third round of this Bigg Boss 16 ration task, Archana walks out of the game declaring it unfair. Stan wins the third round and Sumbul the fourth one; both score soft drinks. A few contestants failed to abide by the master’s instructions of standing in a queue and so he cancels the task and is unmoved by heartfelt apologies. Priyanka is the only one who secures some ration, will there again be a fight over food in the house or will ‘Bigg Boss’ grant them sufficient ration for the week?

The tension of the last episode’s fight between MC Stan and Archana Gautam continues in this one. When a perturbed MC Stan declares that he wants to voluntarily exit the show, Sajid Khan suggests that if he’s stepping out, he can also take revenge with Archana and then go. It seems that the rapper considers the advice. Will the fight now get violent? Is MC Stan serious about quitting the show?

While fights break out across the episode, everyone’s favorite Abdu Rozik brings a huge dose of cuteness. The adorable contestant dons the avatar of the gorgeous girl Abdu Leela, who hits on Shiv Thakare and asks him to take her on a long drive. The hilarious banter between Abdu Leela and Shiv is not to be missed.