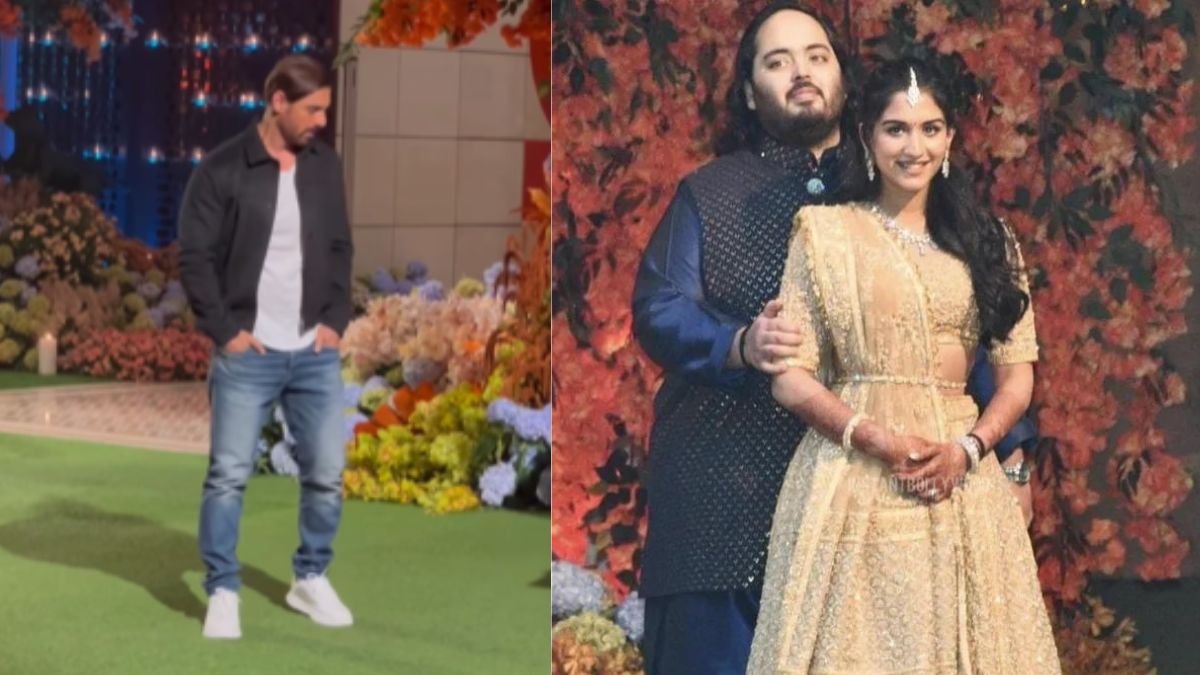 ‘He Went Like That?’: John Abraham Attends Ambani Event In Jeans And T-shirt; Check Out Social Media’s Reaction!

Actor John Abraham always dresses comfortably but his look for the Ambani party on Thursday still shocked many. John decided to dress up for the party and the internet thought he might stick to a formal outfit this time.

The actor arrived at Anant Ambani and Radhika Merchant’s engagement party wearing a white t-shirt and a casual black jacket. He paired them with blue jeans and white sneakers. The rather plain look in a sea of ​​kurtas, three-piece suits, and lehengas was surprising, to say the least, and Instagram users thought so too.

Social media is going gaga over his dress. They commented, “He really went like that?” “Why do guys think it’s ok to come to a formal event looking like that,” “Where is he going dressed like that,” “Ambani ho ya bill gates… Dress code apni marzi ka hona cheye” etc. They did not like his dressing sense. 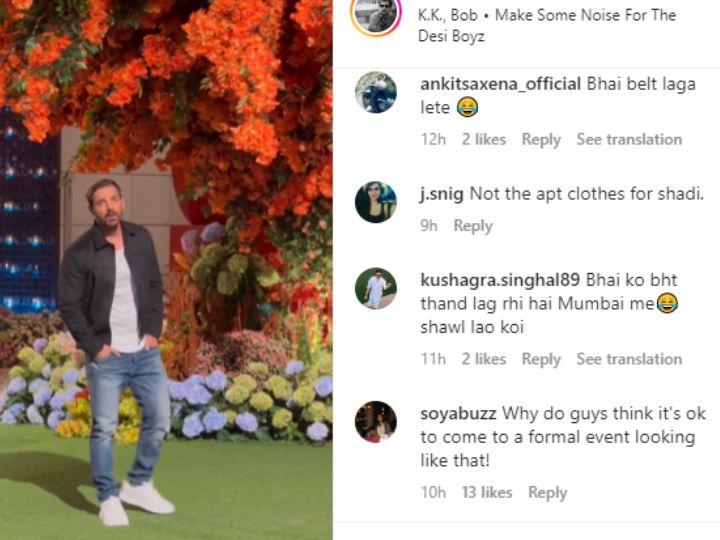 This is not the first time that a celebrity got trolled for his dressing sense. Recently netizens trolled Vijay Deverkonda for wearing chappals (slippers) at a trailer launch event in Mumbai. According to a report, Vijay said that wearing chappals makes life easier for him as he does not have to look for shoes to match his outfit.