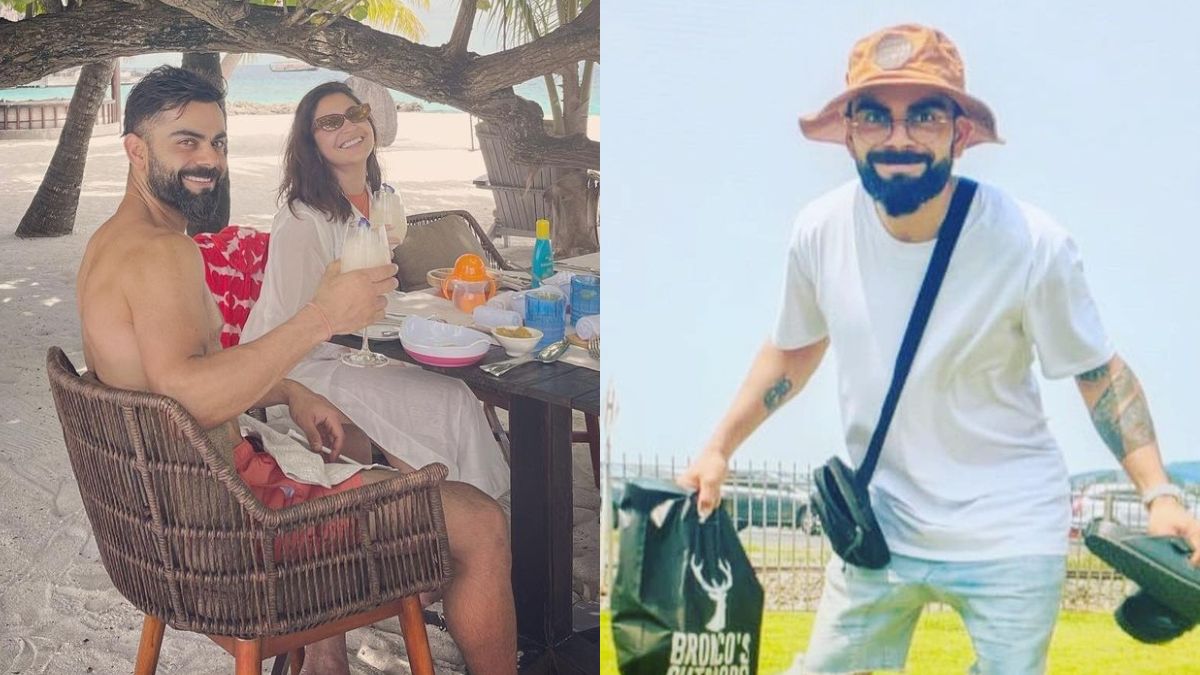 “Go, Practise For….”, Fans Say Virat Kohli As He Chills With Wife Anushka Sharma On Beach; Story Inside!

The power couple Actress Anushka Sharma and Indian cricketer Virat Kohli are always in headlines. Fans are always interested in learning more about their favourite celebrities.

Anushka and Virat take great care of their fans, staying in touch with them despite their hectic schedules and surprising them with special pictures and videos. Meanwhile, another photo of Anushka and Virat is making the rounds on social media. Both are seen spending quality time in this photograph.

Virat seen Shirtless on the beach 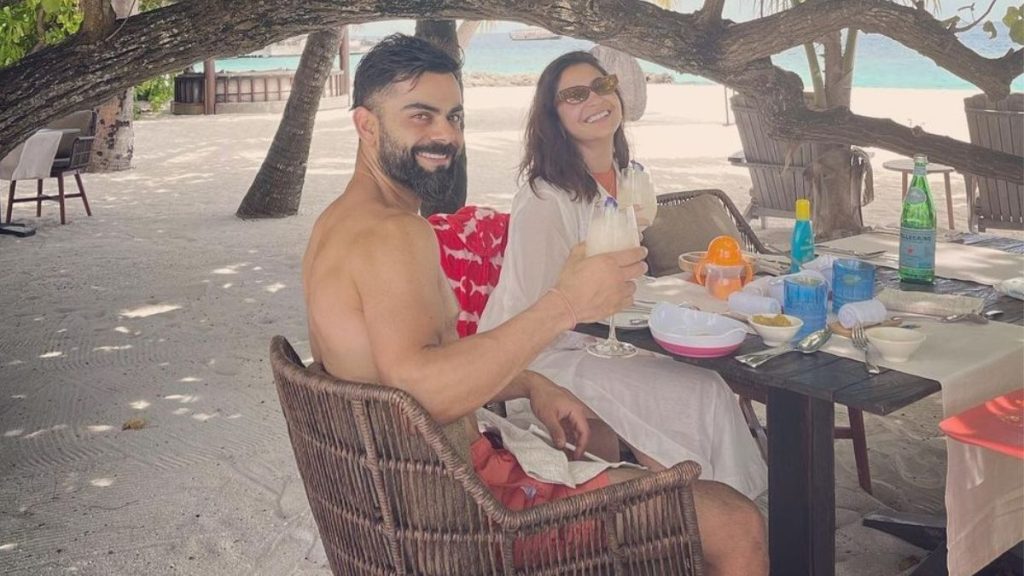 On his official Instagram account, Virat Kohli posted a special photo of himself with wife Anushka Sharma. Both are seen in this photo spending special moments sitting on the beach. Both are seen on the beach eating breakfast. Anushka is wearing a white long dress in the photograph. In addition, the actress is wearing sunglasses. Virat, on the other hand, is shirtless and wearing shorts underneath. Virat Kohli poses with a glass of something in his hand. 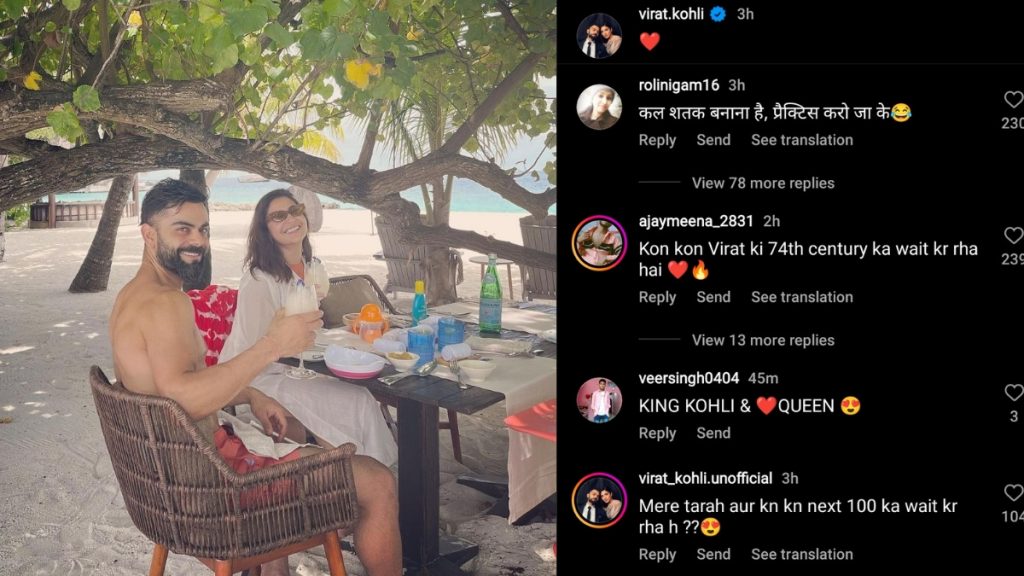 The photograph of both is going viral on social media. His style is also popular among his fans.Reacting to the photo many fans commeted him to practise for match which he is going to practise. One wrote, “Hey man, don’t melt where there is no match while Another wrote , “Kapde Pehen lo” While many loved his picture. 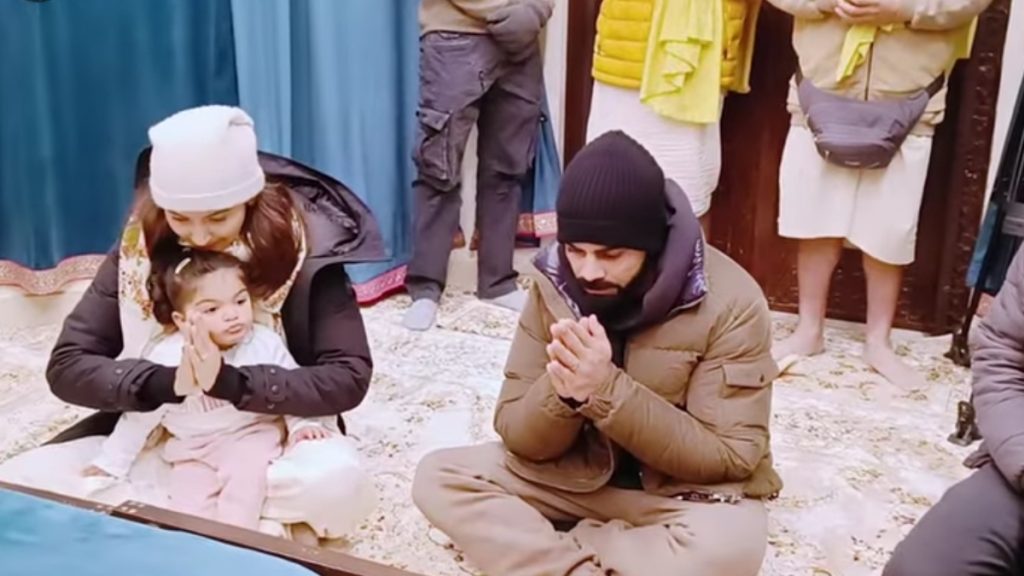 Let us remind you that Anushka Sharma and Virat Kohli’s daughter Vamika celebrated her second birthday on January 11. Anushka and Virat shared beautiful photos of their daughter on this special day. Anushka was photographed sitting in a circle with Vamika on a garden bench. Virat was seen on the grass in the garden, and Vamika was on his stomach. Both of these images were well received by fans. On this, many commenters wished Vamika a happy birthday.