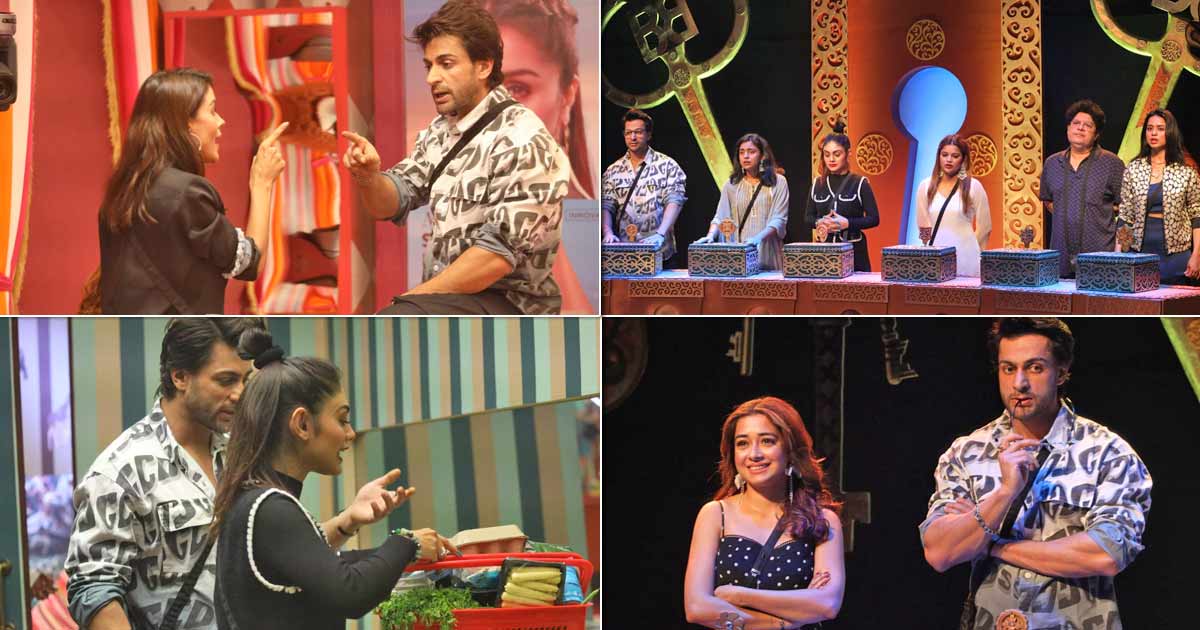 The spirit of competition in COLORS’ ‘Bigg Boss 16’ is heating up with each task designated to the contestants by the master of the house. With a few weeks remaining for the much-awaited finale, the housemates seem to be relentless in their effort to dodge nominations every week. Considering that the housemates barely earned any ration in the last episode, ‘Bigg Boss’ offers a golden opportunity to the nominated contestants to mark themselves safe from the hovering sword of eviction as well as collect ration for themselves. Continuing the week of luck, the chances of saving oneself from eviction at the cost of ration are in the hands of other nominated contestants in tonight’s task.

For this ration revival and immunity from eviction task, ‘Bigg Boss’ summons the nominated contestants – Tina Datta, Shalin Bhanot, Sumbul Touqeer, Archana Gautam, Sreejita De, Sajid Khan, and Soundarya Sharma in the activity area. There are seven boxes with keys in front of the contestants and each box has a nameplate of the fellow nominated member in it.

As the buzzer sounds, a Bigg Boss 16 contestant must throw his/her box inside the nomination pit placed in the activity area to keep the contestant whose name is inside the box nominated. In exchange, that contestant receives a personal basket full of ration from the master of the house. This master stroke by ‘Bigg Boss’ has pitted food against friendship, and it will be interesting to see who chooses what.

During this Bigg Boss 16 task, a huge spat erupts between Archana, Tina, and Shalin, who obstinately refuses to throw their boxes in the final round resulting in the countermanding of the task. As punishment, ‘Bigg Boss’ asks housemates to hand over all the ration present in the house to him. It will be exciting to watch what feud this decision brings into the house and how will the housemates survive with no ration.

Tempers flare after the task when Priyanka Chahar Choudhary confronts her ‘sakhi’ Shalin on his decision of letting go of the ration over the nomination. An agitated Shalin violently throws house property in the powder room. Will this be the end of their friendship? Will Priyanka be left with no friends in the house?

Must Read: Master Chef India: Vikas Khanna Is Impressed With The Taste Of Gujarati Patra Made By A 78- Year -Old Chef, Says: “Food Is A Festival To Be Celebrated…”