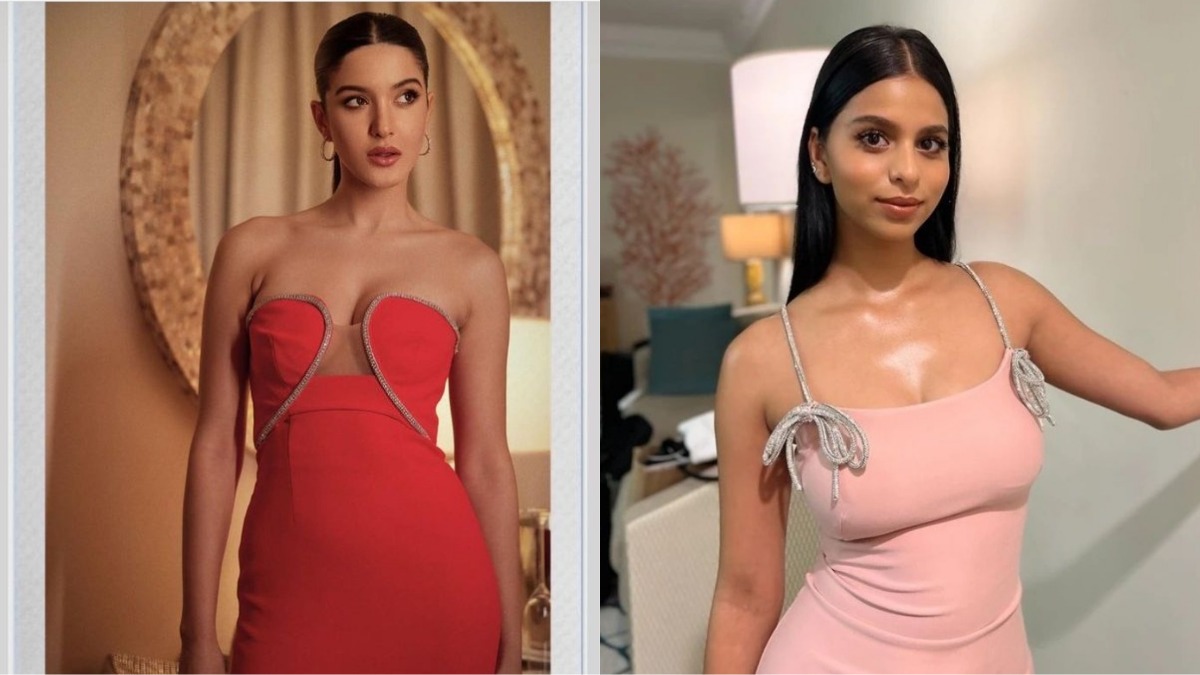 Suhana Khan wore a lovely pink short dress with crystal cord straps and crystal bows. Shanaya Kapoor, on the other hand, opted for a stunning red midi dress.If you liked their Dubai evening outfits, keep scrolling to find out where you can get the exact look.

Suhana Khan and Shanaya Kapoor were among the many celebs that turned out for the formal launch of the opulent Atlantis The Royal hotel on Palm Jumeirah.

Many celebrities attended the event, including Kendall Jenner, rapper Jay-Z, singer Liam Payne, and Beyonce, who gave a private performance.

Suhana and Shanaya donned stunning party ensembles to one of the parties, with Suhana wearing a baby pink mini dress and Shanaya wearing a red bandeau midi ensemble.

The ceremonial inauguration of the luxurious Atlantis The Royal hotel on Palm Jumeirah in Dubai was a star-studded occasion. Shanaya Kapoor and Suhana Khan upped their desi elegance and turned attention with their blingastic party ensembles.

Shanaya just dropped a massive fashion bomb on our feeds, and we are drooling. Scroll down to see more about the gorgeous attire she chose for Kendall Jenner’s 818 party last night at the Atlantis The Royal. Shanaya’s style picks have never failed to capture our hearts, and this style is just what we’re looking for right now.

While Shanaya Kapoor picked an ensemble from the Self-Portrait clothing line. Shanya’s attire is Red Bandeau Crepe Midi Dress, and is worth 38,122. 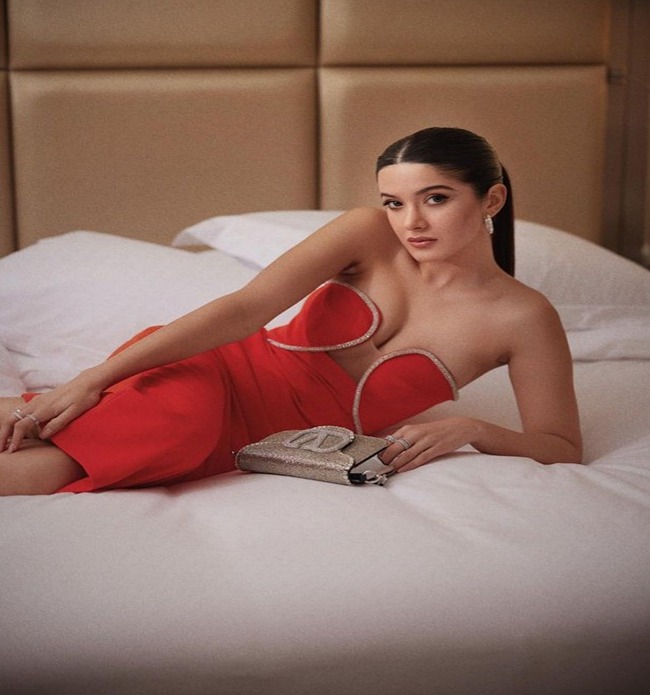 Shanaya Kapoor opted for a bright red midi dress with an off-the-shoulder neckline trimmed with dazzling diamantés, a sculpted form, sheer panelling on the front, and a midi hem length. 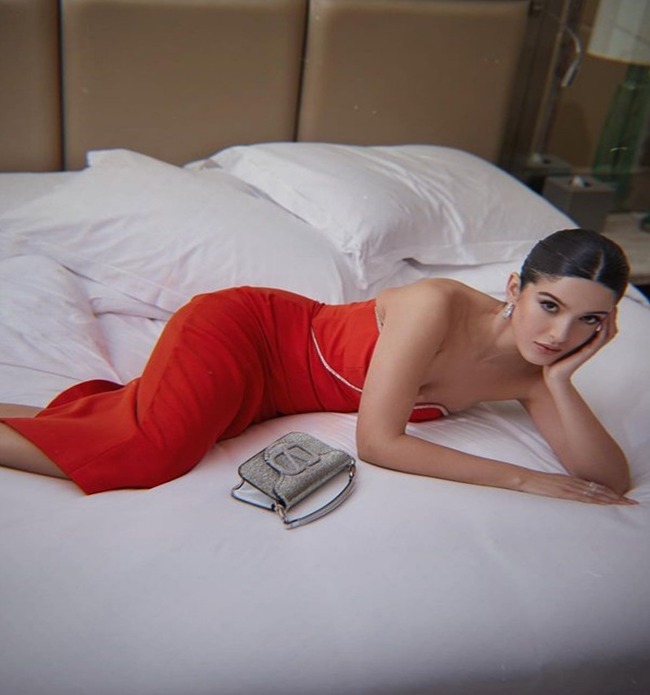 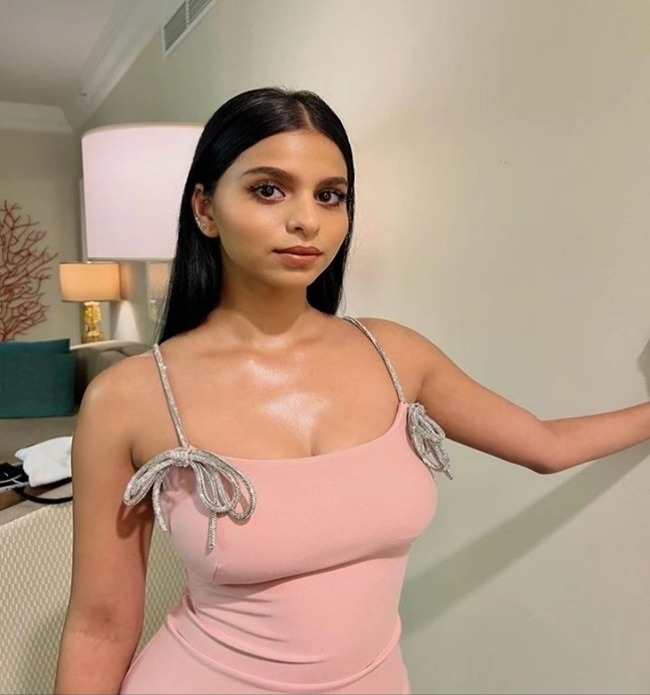 While Kendell Jenner wore a brilliant green fitting gown from Victoria Beckham’s spring 2023 collection with elegant leather gloves and boots for the event. 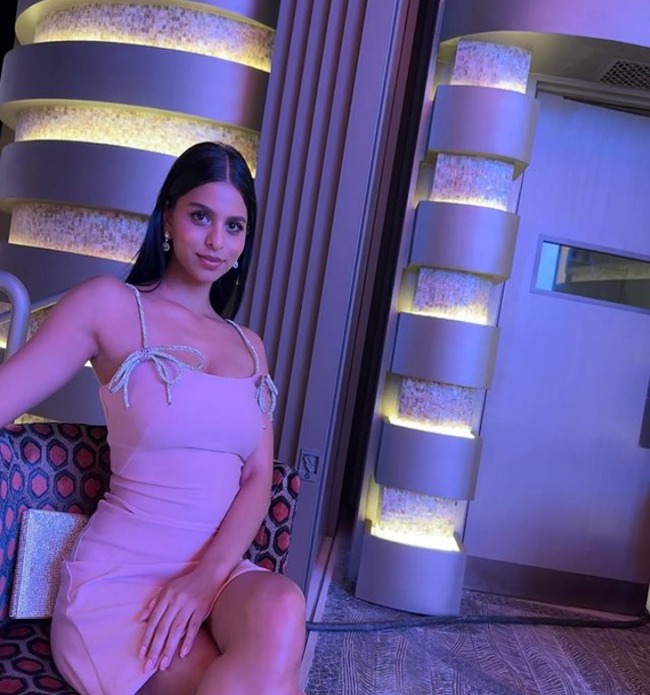 Shanaya Kapoor and Suhana Khan will make their Bollywood debuts soon. Suhana will appear in Zoya Akhtar’s The Archies, alongside Khushi Kapoor and Agastya Nanda. Shanaya Kapoor, on the other hand, will star alongside Lakshya Lalwani and Gurfateh Pirzada in Dharma Productions’ Bedhadak.