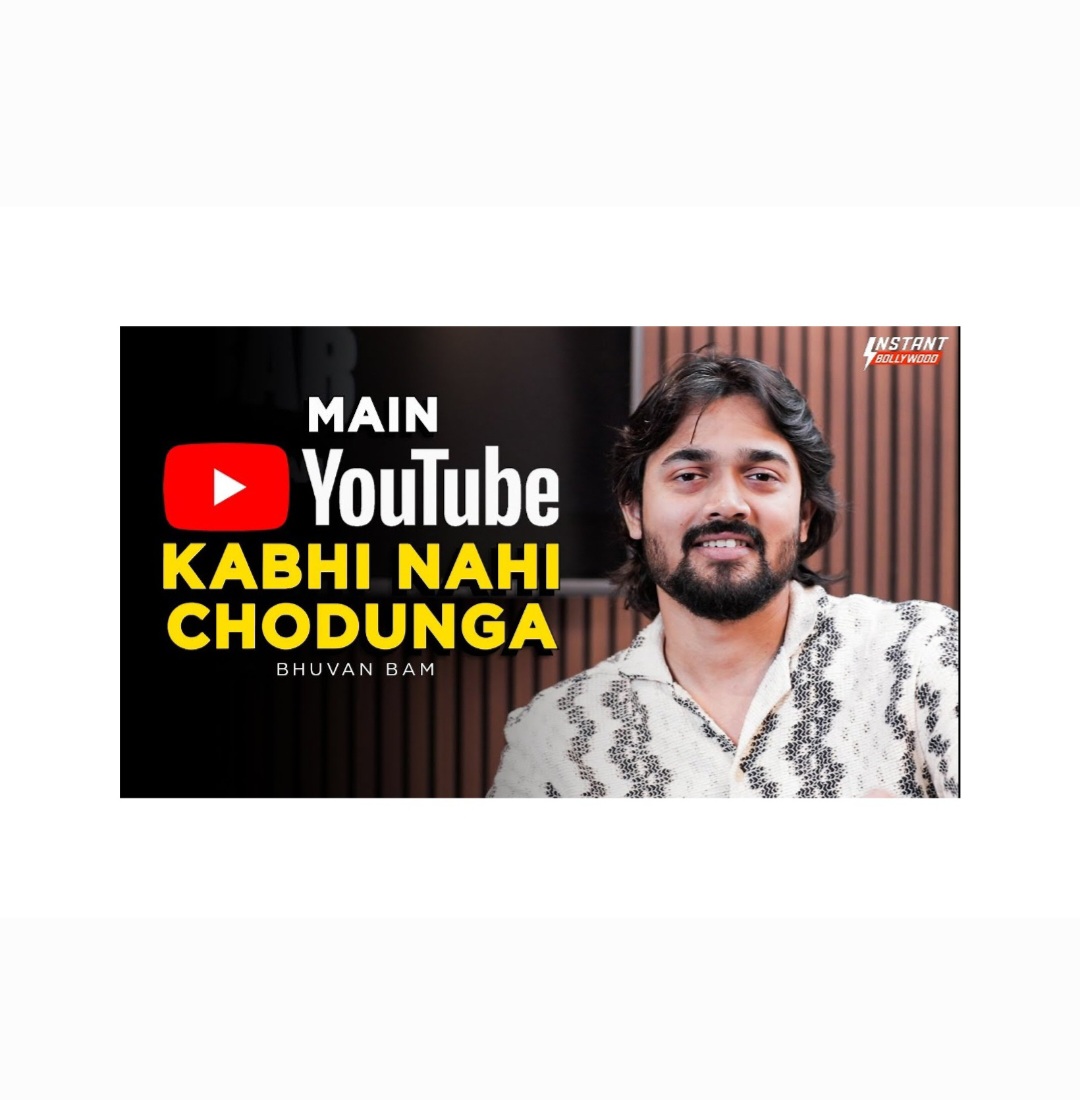 In a candid conversation with Instant Bollywood, YouTube sensation Bhuvan Bam opens up on his YouTube journey, inspiration, how he got the offer for ‘Taaza Khabar’ and more…

Excerpts from the interview –

In an exclusive interview with us, Bhuvan reminisced about the starting days of his YouTube journey. Talking about it, he said –

“I used to shoot in such rooms where i could hear my own breathing.”

When Bhuvan was asked about how did he get the offer for his latest outing, ‘Taaza Khabar’, he revealed –

“2 years ago, I heard about both ‘Dhindora’ and ‘Taaza Khabar’ because Hussain & Abbas Dalal were writing it simultaneously. While writing for ‘Dhindora’, they started developing the idea for ‘Taaaza Khabar’ and made me listen to it. I got convinced after hearing the first page of the script only. At that moment, I knew that after Dhindora, my next project, besides BB Ki Vines, should be this.”

Talking about his equation with YouTube, BB said that he is grateful for his audience.

“The best thing about my subscribers is that they understand me. Today, so many people are creating content but they don’t feel like why ‘he is not creating content frequently?’ I am here today only because of YouTube. I can never leave YouTube.”

Bhuvan also talked about his transition from uploading videos on YouTube to doing a show and now, headlining a web series for an OTT giant.

“I never started YouTube because I wanted to appear on big screens. I just wanted to share my idea with someone and that’s why I started my YouTube channel and uploading videos. I’ve always wanted to try new things. Whenever I used to get new opportunities, I’d take them up and then slowly, I started to get clarity about my dreams.”

When we asked Bhuvan who inspires him personally and professionally, he said –

“I’ve grown up watching movies of Kader Khan, Govinda and Johnny lever. On a professional level, they inspire me a lot. And then MSD. I want to be as cool and calm as him.”

Directed by Himank Gaur, Taaza Khabar is a 6-episode series about a Sanitation worker, how he stumbles upon magical powers which leads to a riveting new ride for the man, and how it stirs his humble life.

All episodes of Taaza Khabar are now streaming exclusively on Disney+ Hotstar!