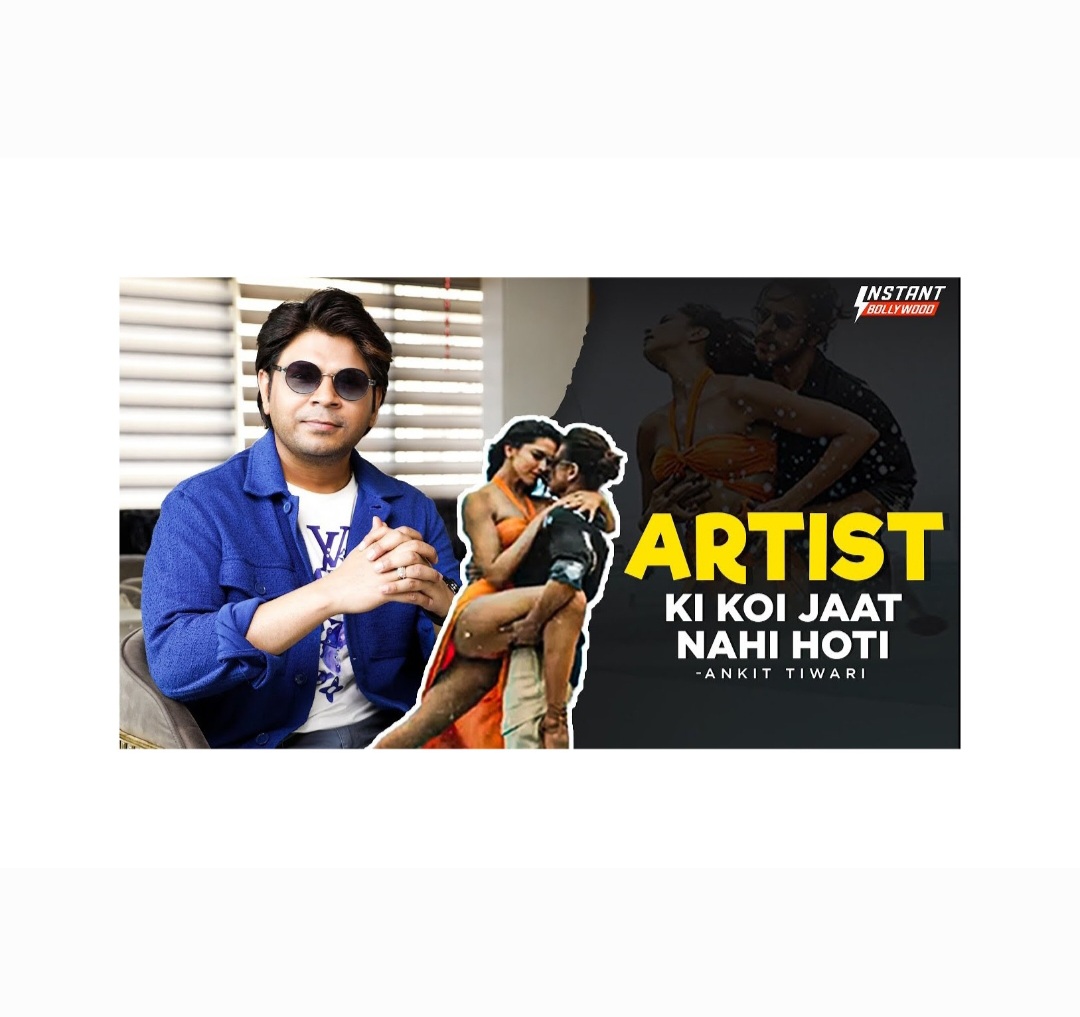 In an exclusive conversation with Instant Bollywood, singer Ankit Tiwari opened up on his newly launched music label – Mist Music, working with wife and the controversy regarding Pathaan‘s song ‘Besharam Rang’. He also talked about making ‘busking’ legal in India.

Excerpts from the interview –

When we asked him about his working experience with his wife, Ankit said –

“It was a great experience. We had a really good time. We had fun in the studio. We have collaborated on 3 songs in total.”

Talking about launching his a music label of his own, the ‘Teri Galliyian’ singer was quoted saying –

“Initially, we were being told to buy a channel with over millions of subscribers on YouTube. When we started, we had zero subscribers. And now, our songs are getting over 2-3 million views. I think we are doing a pretty good job.”

Pathaan‘s song ‘Besharam Rang’ has been embroiled in controversy ever since it was released. Ankit commented on it, saying –

“I love the song. People always tend to see faces and start creating controversies. We never think about those who work behind it. So many people are trying to make their ends meet with that one thing. Because of this, their morale gets down. I didn’t understand what was this controversy all about. Despite creating controversy, the song is still trending.“

“Nobody creates content to offend someone. Why would they spend so much money on a song just to receive flak intentionally? My mom used to say, ‘An artist knows no religion. They belong to a different cast altogether’. We are all artists and our only religion is to perform.”

A few days ago, Ankit Tiwari took to his Instagram handle and expressed his disappointment of ‘basking’ illegal in India. Sharing a story on Insta, he wrote, “Why busking is not legal in India? He is not harming anyone with his talent. We should respect musicians”

Talking about the incident, he said –

“We have seen the busking culture a lot in films, especially in Hollywood movies. Sometimes, artists don’t get any stage to perform on. So, they create their own stage, attract audience and perform. It’s not a crime. Art can never hurt anyone.”

Also Read: Yash To Get REPLACED In The Franchise Post KGF: Chapter 5 Movie?