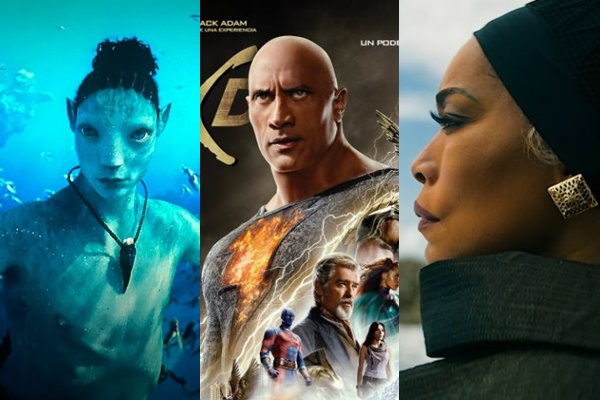 The prestigious Hollywood trade Together with Cinelytic, Variety has made their best predictions about how Avatar: The Way of Water, Black Panther: Wakanda Forever, and Black Adam will perform domestically in North America over the next several weeks. Spoiler alert: none of them are attempting to unseat Top Gun: Maverick’s monopoly on the year’s box office, but all of them are anticipated to perform admirably, particularly in light of the box office that has been struggling ever since theatres were forced to close at the start of the Covid pandemic. The box office for 2022, $6 billion, has already overtaken that of 2021, but it is still only around half of what 2019 achieved.

And sure, the success of Star Wars: The Rise of Skywalker and Avengers: Endgame in 2019 was an anomaly that wrapped up decades’ worth of unresolved plotlines. Even yet, it was only marginally higher than the entire 2018 figures and consistent with economic patterns through the decade’s close.

Avatar: The Way of Water is expected to gross around $650 million at the box office, which is still impressive but falls short of Top Gun: Maverick’s $700 million (let alone the first Avatar’s record-breaking $772 million). Cinelytic expects that this figure will roughly double over the course of the following few years as it matches DVD, streaming, and TV revenue.

The Avatar sequel, which has been anticipated for 13 years, is likely to be one of the most popular films ever with such a long gap between releases, much like Maverick.

In the United States, Black Adam is expected to gross $328 million, which is approximately twice as much as Shazam! but around $40 million less than The Batman. Since the majority of casual audiences are unaware of who Black Adam is, it is perhaps evidence of Dwayne Johnson’s appeal. The real question is whether Warner Bros. Discovery will be OK with a DC Universe film that falls short of Black Panther 2 in terms of quality.

Black Panther: Wakanda Forever is anticipated to gross $423 million for Marvel. This is supposedly the movie that has the best chance of making a $1 billion superhero movie this year because it grossed slightly more than Doctor Strange in the Multiverse of Madness. It is still anticipated to fare worse than Black Panther, despite the fact that the latter was a huge critical and financial triumph.