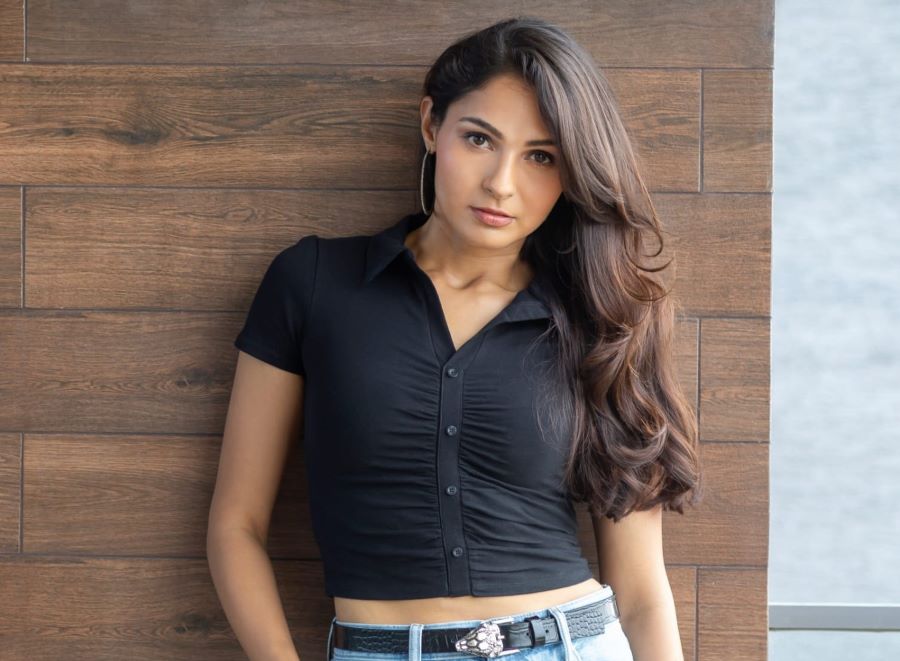 Andrea Jeremiah has had a very successful career as a singer and an actor. While she has acted in and lent her voice to a bunch of prominent Tamil, Telugu, Malayalam and Kannada films made in the last several years, there was always a desire to release a full-fledged English album. ‘Flavors’, her debut English language album, was released a couple of weeks back and has received a favourable response from the listeners.

Apart from lending her voice to all the songs in this album, Jeremiah has produced the tracks with her band The Jeremiah Project. The album features seven distinctive tracks and offers a vibrant soundscape to the listeners.

In this interview, Andrea talks about the process behind putting together the album, releasing music independently, how India can produce more global artists, her special connection with the piano and more.

In the age of singles, releasing a full-fledged album must have been a creatively satisfying experience.

Indeed, it was. Having said that, we did oscillate between the decision of releasing these songs as singles or a full-fledged album. I have a songbook that has about three albums worth of songs. Some of these songs were written when I was in my late teens. It was good to revisit them. Each and every song in ‘Flavors’ is from a different time in my life and that’s why each of them tells a different story.

Was releasing an album on your own a difficult process?

Yes and no. Of course, there were times I wished I had the support of a music label but streaming platforms have democratized the entire process of making and releasing music. Now, anybody can record a song and put it out there. The difficult part is reaching your target audience. It was quite challenging for me as I am known more for my Tamil playback songs and now here I am, releasing an English album, where my target audience is completely different from my fan base. That was the most difficult part of all of the process. I don’t think we have cracked any magic formula. I just decided to put the music out there and let people find their way to it.

What made you decide to cut an English album? Do you think the audience for English music in India has grown over the years?

I think there has always been a market for English music in India. The fact that every mainstream English artist in the world has always sold out their concerts in India is proof of that. Every Coldplay or Metallica show in India has been a huge success. What’s lacking is the infrastructure for non-film music in India. Once we crack that, it’s only a matter of time before India produces mainstream global artists. I do believe that time is not too far off and the independent music scene in India is on the verge of exploding. There is so much talent all around. We just need the right ecosystem to nurture all this talent and take it to the next level.

The album boasts of some very interesting arrangements. ‘Amusement’, for instance, has a wonderfully designed electronic sound to it. How was the process of creating seven diverse tracks for the album?

As I like to say, I have been blessed with the best. My band ‘The Jeremiah Project’ is comprised of not one or two but five music producers. I usually write the melody and the lyrics together. Once that is done, I take it to the band and we just start jamming and having fun with it. Sometimes, I have a specific direction for the song. Interestingly enough, I had no idea where ‘Amusement’ was headed when I wrote it. I just knew that I didn’t want a typical mainstream pop vibe on it. My guitarist Keba was goofing around with his ‘wah wahs’ and it sounded so cool that we decided to keep it. ‘24/7’ is a 100% acoustic track. There has been no production on it. ‘Sunrise’ was probably the most challenging one as I was aiming for an alien yet intimate soundscape. In the end, I think we managed to get pretty close to that. ‘Pull Me Back’ is a tribute to ‘80s rock but with a Zedd like electronic twist. ‘Flavors’, the title track, is a gorgeous soft rock ballad. Each song in the album has a different flavour, a different vibe.

You have stated that your piano is an integral part of your songwriting process. What is that one thing about this particular instrument that inspires you the most as an artist?

I studied classical piano as a child, and growing up, it gave me a lot of solace. There were so many nights when I would be at the piano as I couldn’t sleep. Though I don’t play it as much as I would like to these days, I still find a lot of solace when I sit at my piano. I’ve tried learning the guitar and even the violin, but I find the piano to be the most complete instrument.

Musically, what is the next step for you this year?

I would be going on a tour to promote this album. After that, I will start working on the next one. I am also looking forward to some collaborations with regional indie artists. I will continue to perform my playback shows with my band.