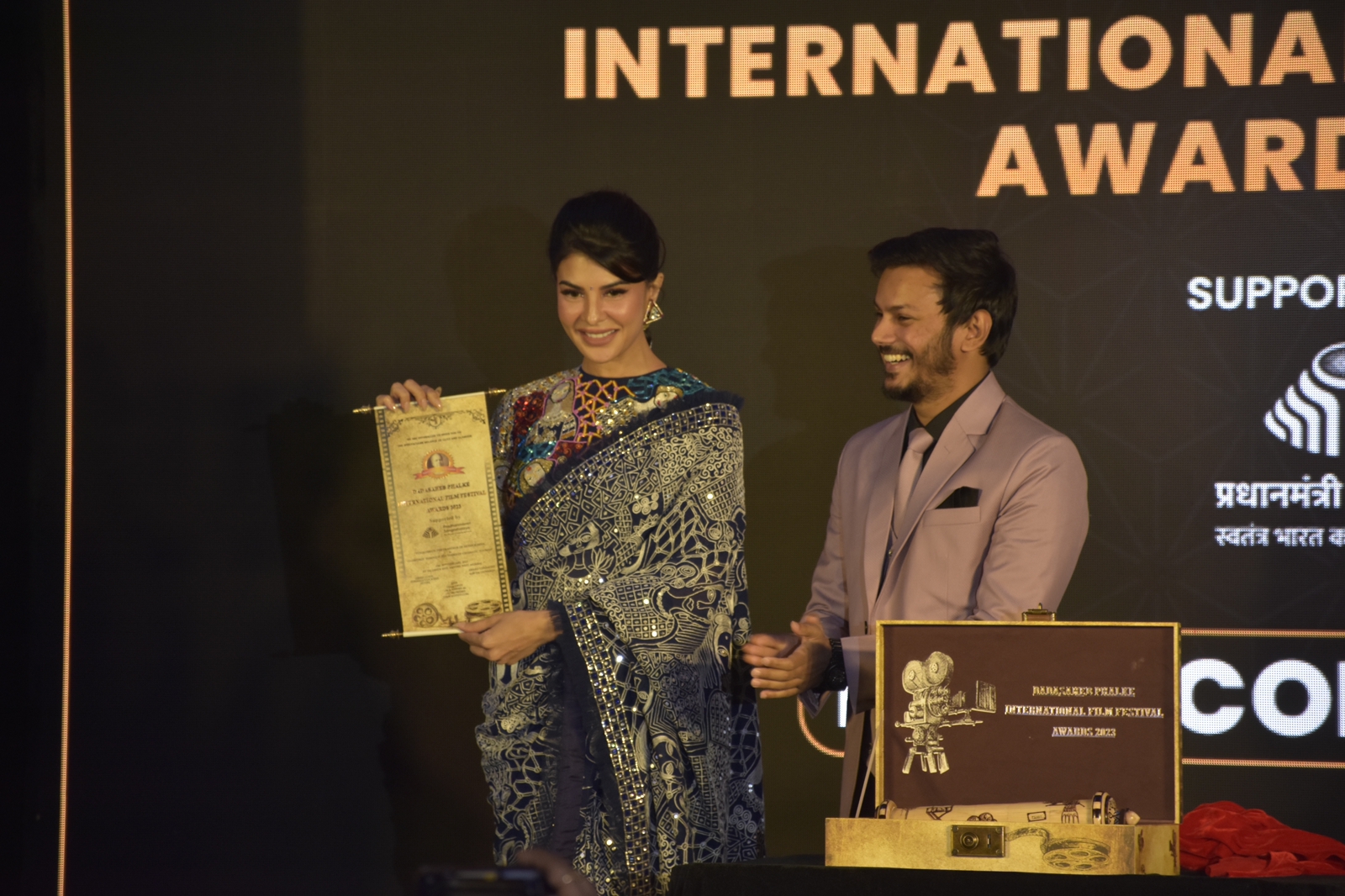 India’s most prestigious award ceremony, Dadasaheb Phalke International Film Festival Awards 2023 is nearing and like every year, this year too the grand event is expected to be full of memorable moments. Prior to the main event in February, the 22nd of January has proven to be a grand success for DPIFF as the team held a star-studded Press Conference at Taj Lands End. Industry luminaries such as Jacqueline Fernandez, Aditya Roy Kapoor and Jayantilal Gada were among the estimable personalities who attended the event anchored by Sharman Joshi.

Jacqueline Fernandez was invited to unveil the special invitation for DPIFF 2023 curated by Izzhaar. The conference was attended by notable personalities from the Film and Television Industry, representatives from Indian state tourism, and the media as well. As the anchor, Sharman Joshi shed light on the purpose of the Dadasaheb Phalke International Film Festival Awards, outlining the unshakeable principles as well as the enthusiasm with which the ceremony is held each year. The power of cinema to unite populations under a celebratory umbrella was thematically stressed at the conference, and the honourable Prime Minister’s letter in support of the organisation’s efforts was also unveiled. The various Tourism, Association, Powered by, Co-Powered by, Satellite, Streaming, Invitation, Beverage, and Support Partners were also introduced at the Press Conference.

DPIFF is all set to host its annual award ceremony to celebrate the rich heritage of Indian cinema. The recent Press Conference gave attendees a glimpse into the grand splendour that is to come in the month of February. DPIFF 2023 will pay tribute to the stalwarts of the Entertainment and Film Industry in India and commemorate the legacy of Dadasaheb Phalke Ji. For the main gala event, DPIFF has endeavoured to embark on a journey through the annals of the silver screen, aiming to highlight the theme of Cinematic Tourism. The prestigious platform plans to honour the diversity of India with an evening of revelry that will feature cultural splendour from all corners of the nation, while saluting the spectacular talent of the land. Dadasaheb Phalke International Film Festival Awards 2023 under the support of Pradhanmantri Sangrahalaya will be held on the 20th of February, 2023 at Taj Land’s End in Mumbai.

Dadasaheb Phalke International Film Festival is India’s only independent international film festival, and it is on a mission to toast the work of aspiring, young, independent, and professional filmmakers. DPIFF aims to felicitate those artists of the film fraternity who have put in their hard work and have shown true promise, along with the dedication to excel. The mission, as always, is to cultivate and promote the art and science of film through education and cross-cultural awareness. The team believes that the medium of cinema as well as TV series are artforms that hold the power to bridge cultures and illuminate the universality of the human experience.