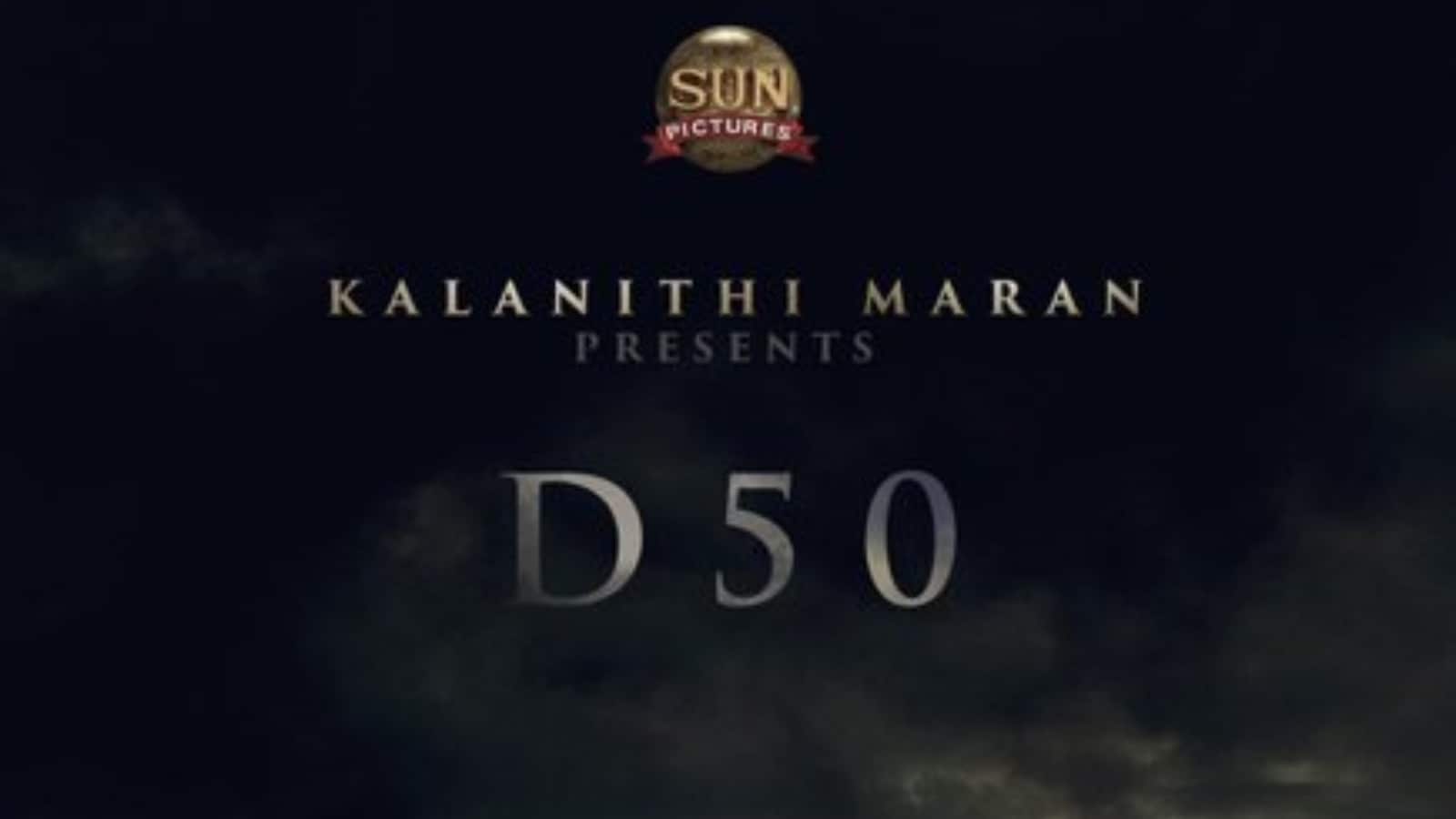 The film, tentatively titled D50, was announced by Sun Pictures on Twitter on January 18.

The announcement of the film, tentatively titled D50, was made by Sun Pictures on Twitter on January 18.

Tamil superstar Dhanush had a busy 2022 with three back-to-back films — Maaran, Naane Vaaruvean and Thiruchitrambalam. But Dhanush seems to be in no mood to take a hiatus from his work commitments anytime soon. The 39-year-old is ready to feature in his next film already. Recently, Dhanush’s 50th film was announced, sending fans into a frenzy. Produced by Kalanithi Maran, the upcoming film will be bankrolled under the banner of Sun Pictures. The film, tentatively titled D50, was announced by Sun Pictures on Twitter on January 18. “We are happy and proud to announce D50 with Dhanush,” read the tweet.

The intriguing poster, accompanying the tweet, presents a bird’s view image of a dark and grim town, covered in smoke, dust, dirt, and filth. Thick, black smoke clouding an already stormy sky sets up a bone-chilling premise. The dismal poster has a gloomy vibe, giving the impression of something dark and mysterious lurking somewhere in the smog. An explosion with burning flames can also be spotted in the distant background.

Dhanush’s yet-to-be-titled film has a striking resemblance to the underworld premises of Kannada star Yash’s blockbuster KGF franchise. D50 is touted to be a gangster drama. The words “Updates soon” is written below the poster in bold letters.

The film comes amid ongoing speculations that the actor would soon return to the director chair for the second time after his 2017 directorial Pa Paandi. Reports claim that besides directing, Dhanush will also star in the film. Ratsasan fame Vishnu Vishal and actor-director SJ Suryah are also said to be roped in as lead characters.

Some sources even claim that D50 is the working title of Raayan. Other details of the Raanjhana actor’s new film are still under wraps.

Dhanush has an impressive lineup of films. He will next star in director Venky Alluri’s modern, action-drama Vaathi. He is also awaiting the release of his period drama Captain Miller, helmed by Arun Matheswaran. Besides Vaathi and Captain Miller, Dhanush is also a part of a Telugu film, titled Sir.