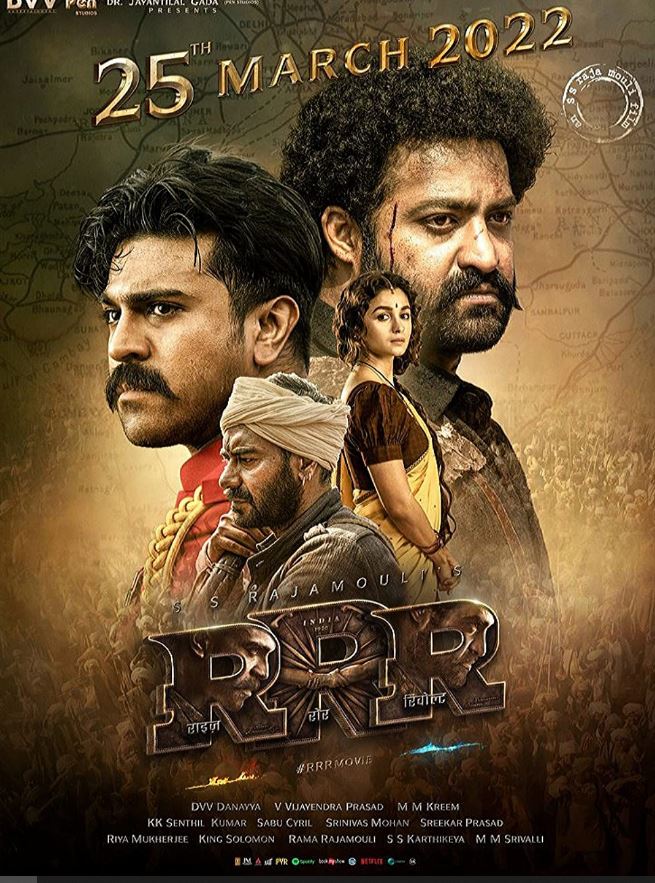 Despite hype, RRR doesn’t get Oscar nomination for Best Film – Beyond Bollywood

While S.S. Rajmouli and his marketing team went over the roof in spreading the word on their film, all it gets is a nomination for Best Original score for Naatu Naatu. Chhello Show, India’s official representation to Oscars, too, misses out in the Best International Feature film category

Never before has there been such interest in nominations for The Academy Awards in India. From the time his film got a nomination at the Golden Globes, director S..S. Rajamouli’s epic film RRR [2022] has been making lots of noise overseases, especially on social media. Rajamouli interacted and even showed his Telugu film to the who’s who of Hollywood, but despite all the hype, RRR has failed to get a nomination in the Best Picture category.

The ten films nominated for Best Feature are as follows –

1 All Quiet on the Western Front

2 Avatar: The Way of Water

5 Everything Everywhere at Once

There was some consolation though for RRR as Naatu Naatu got nominated for Best Original Score.

It is a proud moment for veteran composer M.M.Keeravani, who would hope that after winning the Golden Globes, his peppy song can bag the Oscars too.

Rajamouli and his team were stunned when earlier the Film Federation of India had snubbed his film in favour of Gujarati film Chhello Show -= also known as The Last Show. The Pan Nalin directorial had made it to the final 15 shortlist, but didn’t make the final cut for Best International Feature. Whereas RRR, The Kashmir Files was among the 300 films globally to be in consideration but wasn’t considered for Best Feature, Best Direction. Some back home, especially some excitable news media had wrongly assumed the Indian films to be shortlisted for Oscars.

Social media, fans and perhaps Junior NTR’s marketing team was going crazy hoping for a Oscar nomination for the actor in the main category, but all that fanfare counts for nothing. NTR didn’t make the cut here.

So, in the end it is only one nomination for an Indian film. Nevertheless, team RRR and Indians will hope that Naatu Naatu makes the country proud