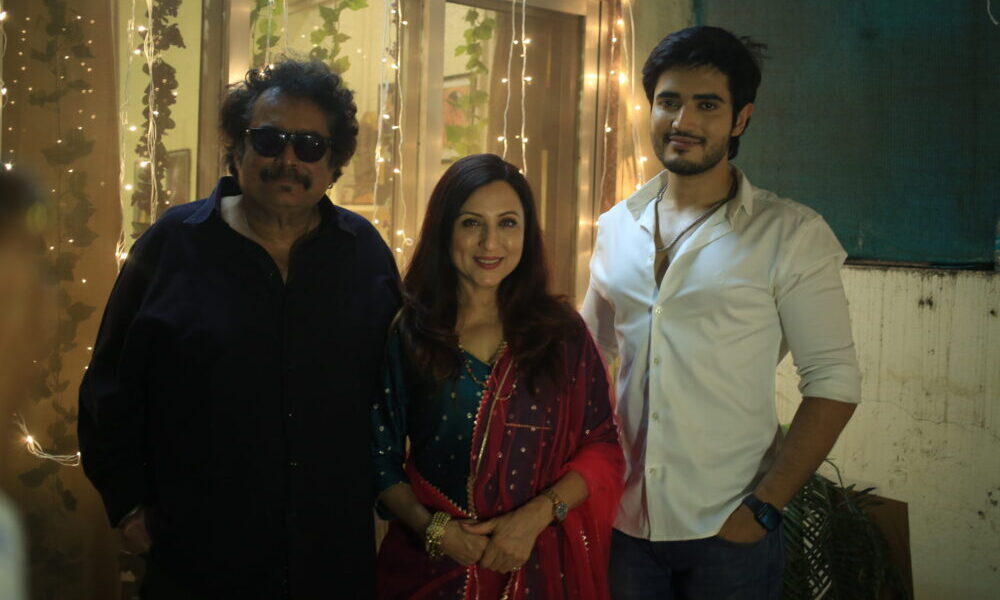 The renowned filmmaker Deepak Balraj who started his career as a writer with the hit film B Subhash’s Disco Dancer way back in 1982 and has to his credit as many as Sheela, Bomb Blast, Hafta Bandh, Jaan Tere Naam has now launched his next film titled Shot In The Dark- Hey Raam with none other than his and his wife Kishori Shahane’s son Bobby Balraj as the leading man. By the way, Kishori Shahane, who has acted in more than 40 Marathi films to date had produced and directed the Marathi film Mohityachi Renuka had also produced the Marathi film, Aika Dajiba.

Deepak Balraj’s daughter from his first wife -Megha is a banker in an Australian bank, while their son Varun is a famous ad maker, who also supports his father, and has also done commercials with many celebrities. Says Kishori, “After marriage, I gave away my make-up accessories, hair wigs, etc thinking that I would rest for a while but after some time many Marathi producers started calling me for work, but I used to refuse them. But my mother-in-law insisted that if you are getting calls from many producers, then don’t say no. If a role suits you, then accept that role! I have enjoyed and will continue to enjoy my career as much as I can while managing my home.

Also read: Anushka Kaushik reveals a junior artist thought she got Patna Shukla due to nepotism

Right now, the TV serial Ghum Hain Kisike Pyar Mein, which is ruling the charts, has made Kishori a household name all over India as well as the world. Kishori is essaying the complex role of a mother-in-law who is the head of the family and a tough taskmaster.  “The role literally fell into my lap and I accepted it readily. I enjoy playing the role that has negative shades. Today I have a bigger fan following because I am also popular on social media. I took up the role after I had reached a saturation level as an actress playing the leading as well as romantic leads for over three decades in Marathi films.”

Recently, Deepak and Kishori celebrated their 29 years of being together in marriage and cut the cake in the presence of the media after a very long time at their house in Juhu. When asked whether her character would turn into a sober and positive one in the serial, Kishori said, “The day my character turns good and I sudhrofy, it will automatically mark the end of the show.”