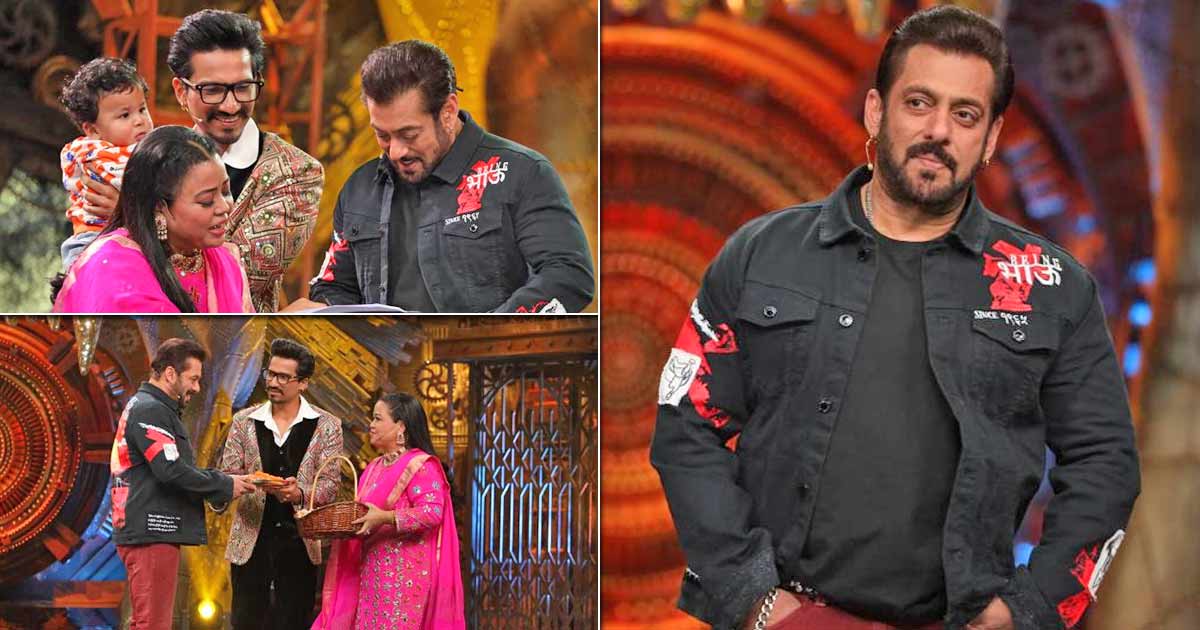 After an endearing family week, COLORS’ ‘Bigg Boss 16’ celebrates Lohri with Haarsh Limbachiyaa and Bharti Singh joining the season for tonight’s episode. Knowing for their epic sense of humour, the power couple pulls off a hilarious stand-up routine for all the housemates. The couple is relentless in roasting housemates for their idiosyncrasies. Archana gets roasted for her voice, Sajid Khan for mothering Abdu Rozik and Abdu for singing Sajid to sleep. Bharti remarks that she will hug Tina because she has known her for the longest time and rushes to Tina, but hugs Archana. Answering a confused Haarsh, Bharti reasons that if Tina’s mother can make a mistake in recognizing her daughter, why can’t she?

Instantly, the rest of the housemates are in splits. Bharti’s jest at Tina is a reference to the comic situation where the latter’s mother mistook Sreejita for her daughter during the freeze-and-release drill. Watch the reactions of contestants to comic observations by the couple in this episode.

After spreading joy around the house, the couple introduces them to a game. It involves two blindfolded contestants, out of which one must taste a dish and the other must guess what it is by giving them a cryptic description. The next game entails two rival contestants playing the swing and picking a ball off the heads of each of their teammates in between their feet and aiming it into a basket. The one with the most balls in the basket wins the game.

The last game involves one contestant getting a secret word, which is a description and the said contestant must pick three people that according to them deserve the description. The contestant must rank them based on that attribute on a winners’ podium. Find out who rises the ranks of double standards, cheap thinking, and laziness.

Following this fun and games in the house, our Dabangg host Salman Khan seems to be in the mood for entertainment. He requests Archana to enact Tina’s mother’s entry as she sings ‘Ekla Cholo Re’ and hugs Sreejita thinking that she’s Tina. After Archana obliges, Salman asks Shiv and Shalin to dance like Archana’s brother Gulshan. Both emulations draw out laughter from the contestants, who are later asked to put one of their negative attributes into the Lohri fire. It will be interesting to see what scope of improvement each one sees in the other.

With all this high-octane entertainment, the sword of entertainment looms over the contestants. Who bids the season farewell tonight?

Must Read: Bigg Boss 16: Netizens Spot Shalin Bhanot Calling Tina Datta ‘Ch*tiya’ While Abusing Her On National TV, Gets Slammed As They Ask Makers To Take A Strict Action