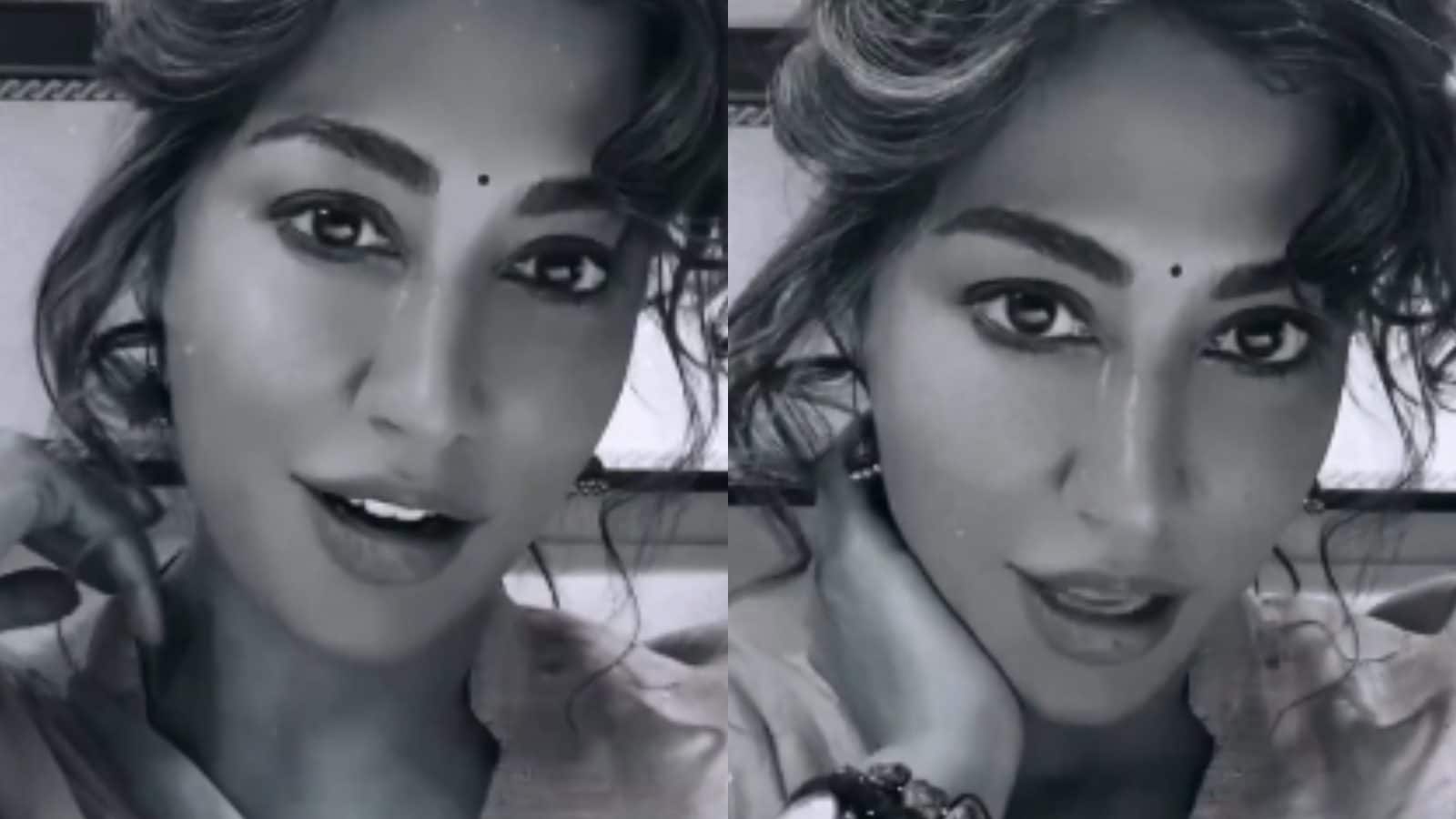 Chitrangada Singh took to Twitter to post a video on Qala song Ghode Pe Sawaar. The actress looks gorgeous as she lip-syncs the song in a saree in the monochrome clip.

The Qala film soundtrack ‘Ghodey Pe Sawaar’ has created a massive buzz online. The internet is flooded with interesting reels. Jumping on the bandwagon, Bollywood actress Chitrangada Singh was seen singing to the tunes of the song. She took to her Twitter handle and shared a video of it.

In the clip, she goes all vintage and lip-syncs to ‘Ghodey Pe Sawaar’ by Amit Trivedi, Amitabh Bhattacharya, and Sireesha Bhagavatula. She captioned it, “Vintage In My Vanity Had to do this to one to one of my favv songs lately…from this beautiful film Qalaon Netflix.”

Chitrangada Singh is seen dressed in a traditional sari and with her hair put up in a bun. Her look is enhanced by her bindi, jhumkas and the black and white vintage filter. The actress’ expressions are absolutely on point.

Fans are equally amazed by her look and expression. They can’t stop but admire her grace in the video. One of them wrote, “So so so eternally gracefully beautiful,” while another one said, “Very beautiful song.”

The film Qala has been critically acclaimed for its plot and performance by actress Tripti Dimri. Set in the late 1930s and early 1940s, the film shows the story of a young playback singer Qala Manjushree in India.

Meanwhile, Chitrangada Singh has a busy year ahead. She recently shared a glimpse of her upcoming project on social media. She posted a few pictures from the sets of her film and wrote, “ Ending the year .. with such a special beginning… Wishing you all have memories to cherish from the year gone .. n make even more beautiful ones in the year coming .. !!”

The pictures suggest that it was from the sets of Parikrama. Chitrangada Singh has also signed an Indo-Italian film with actor Marco Leonardi. The actress was last seen in Modern Love Mumbai. The shoot for Parikrama started in 2019 but was halted due to the pandemic. The team has resumed shooting after a two-year hiatus.