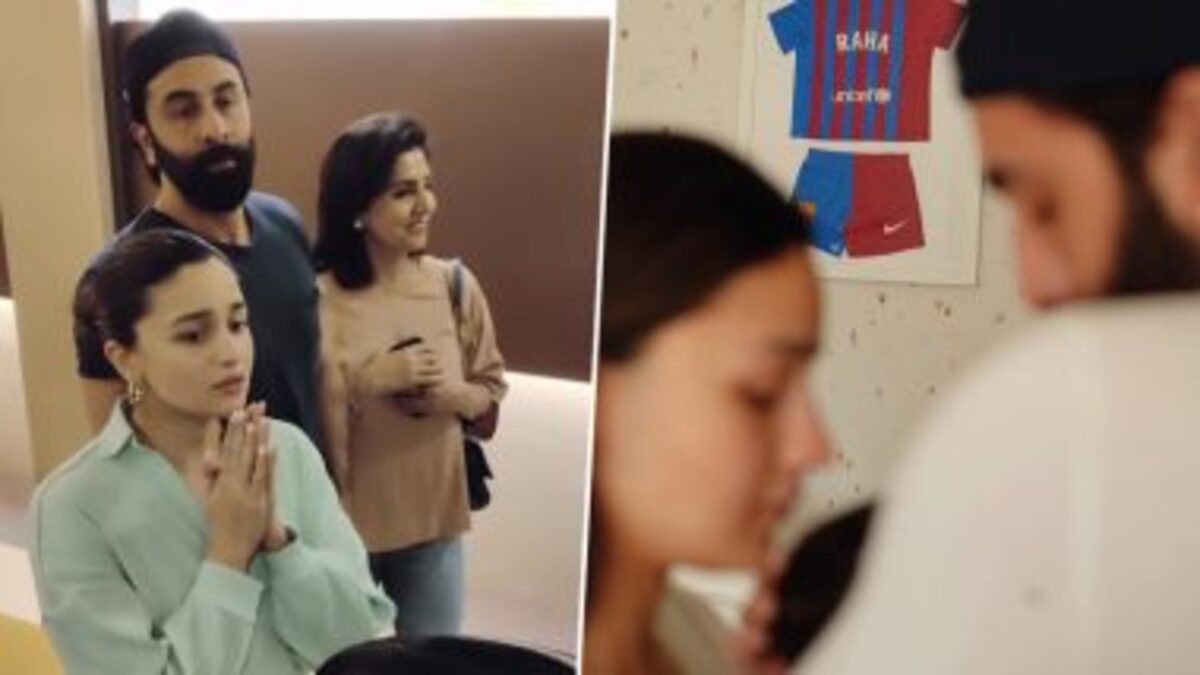 B- town couple Alia Bhatt and Ranbir Kapoor is enjoying the new phase of parenthood. Their daughter Raha Kapoor is already a star and fans are curious to get a glimpse of her. However, the doting mom and dad are in no mood to show their tiny angel’s face to the world. And to make sure that Raha remains out of limelight until a certain age, the duo along with Neetu Kapoor recently hosted an informal meet with the paparazzi.

During their interaction with the photographers, Ranbir showed them images of Raha on his phone. The pair then made a polite request to shutterbugs to not take Raha’s photos and follow the no-pictures policy for their daughter citing some logical reasons. After talking to paps on a light note, the couple treated them with Mumbai’s signature chaat. 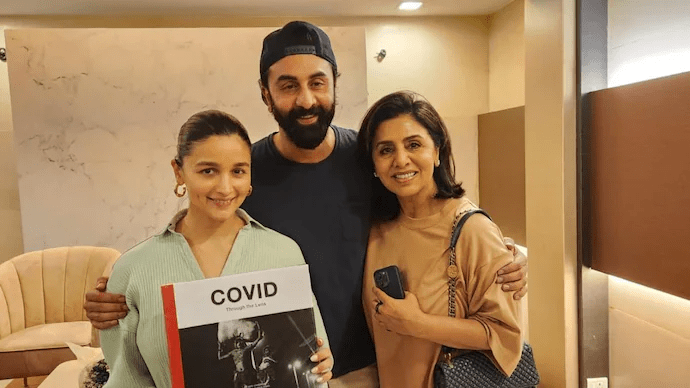 Famous photographer Viral Bhayani took to his official Instagram handle and revealed the couple’s decision. He shared a picture of Alia, Ranbir, and Neetu while quoting in the caption, “Beautiful couple Ranbir Kapoor, Alia Bhatt and Neetu Kapoor hosted a special get together for media photographers. The couple requested media to not to click their baby. Ranbir showed us beautiful images of Baby Raha on his phone! Later he treated us with some amazing chaat.” 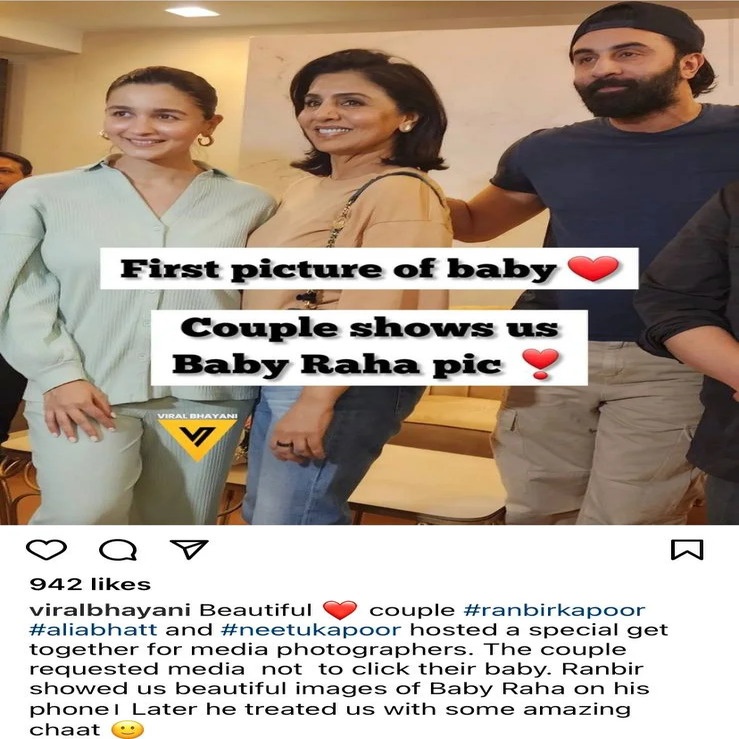 As soon as Viral put out this news, netizens began reacting to it. One user made fun of paps and wrote, “Chaat mein hi pat gaye.” Another commented, “Not interested in seeing Raha btw.” A third one stated, “Chaat ne khareed liya.”

For the uninitiated, Alia Bhatt tied the knot with Ranbir Kapoor in an intimate ceremony in April 14, 2022. The two dated for 4 years before settling down together. They became proud parents to Raha Kapoor on November 6, 2022.

On the professional front, Alia Bhatt and Ranbir Kapoor were last seen in Brahmastra Part One: Shiva. While Alia has Rocky Aur Rani Ki Prem Kahani with Ranveer Singh and Jee Le Zaraa with Katrina Kaif and Priyanka Chopra Jonas in the pipeline, Ranbir will be next seen in Animal and Tu Jhooti Mein Makkar.