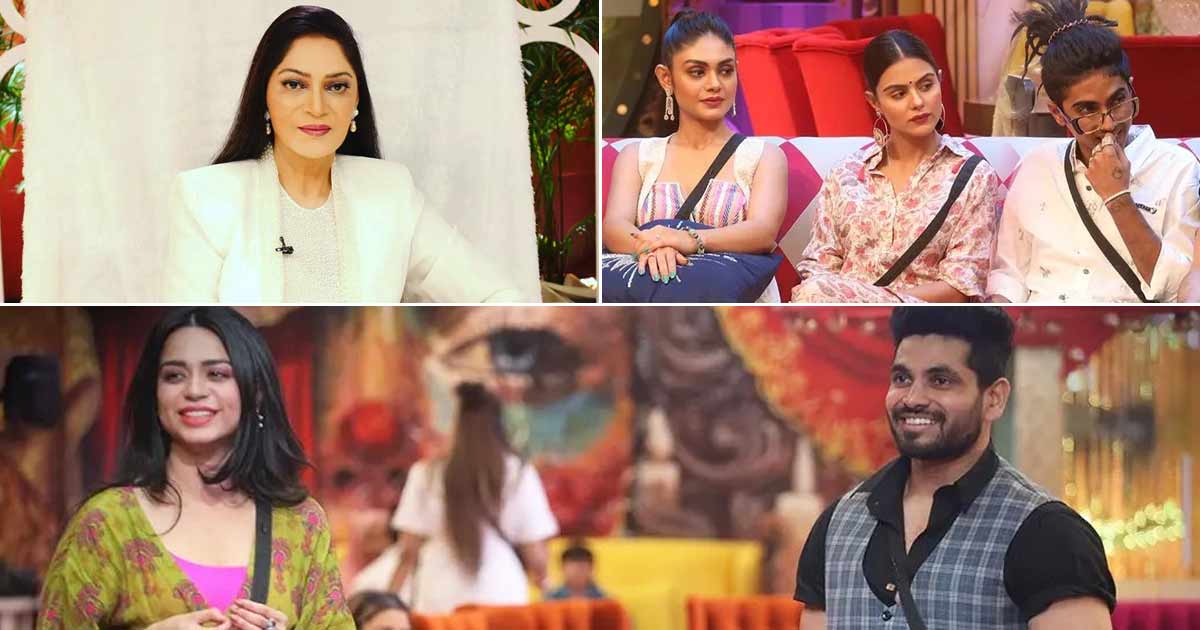 Veteran actor and celebrity chat show host Simi Garewal, who is popularly known for her show ‘Rendezvous with Simi Garewal’, will be seen talking to the housemates on Bigg Boss 16.

Simi took to Instagram and shared a video of her meeting contestants inside the Bigg Boss house. Simi looked ravishing as she was seen wearing her signature all-white look as she chatted with Shalin Bhanot, Priyanka Chahar Choudhary, and others.

In the video, contestants are seen entering a room decorated with mostly whites, inspired by Simi’s iconic show. The celebrity chat show host Simi Garewal was spotted indulging in interesting conversations with Priyanka and Shalin Bhanot.

A voiceover in Hindi is heard saying: “For the first time in 16 years, there will be rendezvous with Simi Garewal…” The clip then moves to Simi, who asks Priyanka to choose between two options love and fame.

Simi then asks Shalin. While her complete question was not shared in the clip, Simi had said, “Ek (plate) mein Tina hai… (On one plate, you have Tina…)”

To which, Shalin Bhanot replies: “Doosri plate mein kuch bhi aur hoga, mein woh doosri plate chununga (Whatever the second plate has, I will choose that).

Defending Shalin, Simi jokingly says: “Don’t be so hard on him.”

For the caption, Simi wrote: “In Big Boss house tonight! On ColorsTV!”