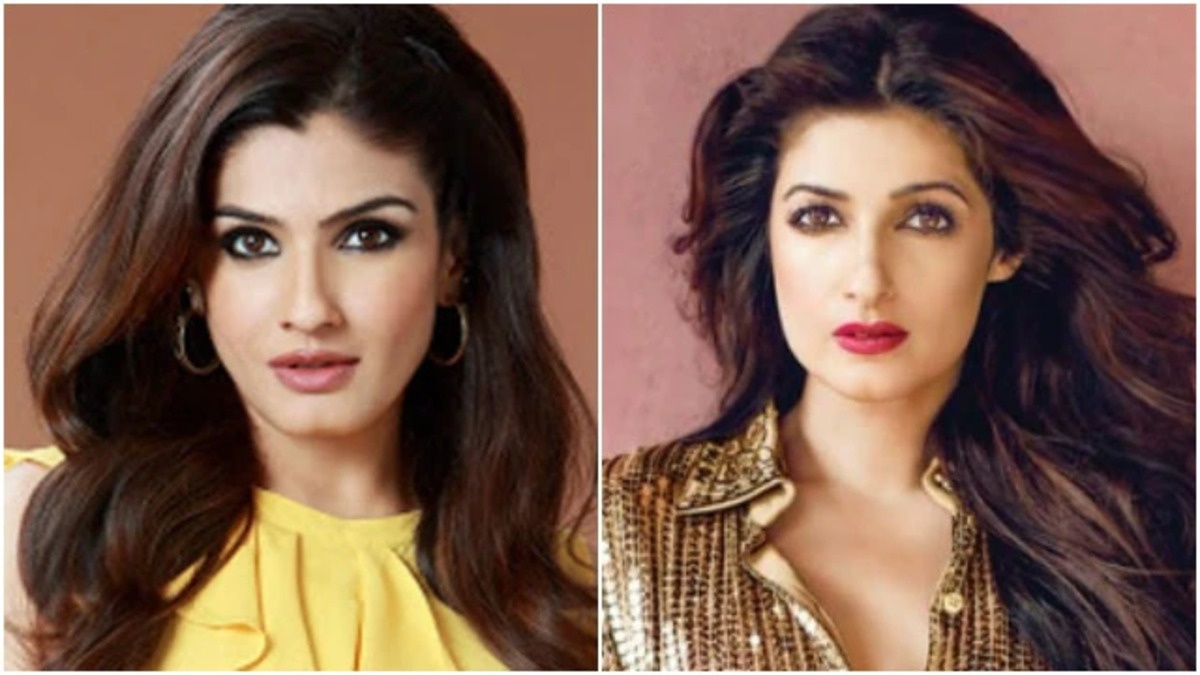 Bollywood actresses Raveena Tandon and Twinkle Khanna have always been considered a copy of each other. Meanwhile, now Raveena has given a funny answer regarding this matter.

When the famous actresses from the 90s are discussed, names of Raveena and Twinkle surely pops up. In those days, most of the people found Raveena and Twinkle to be the same person because of a striking resemblance both the stars have. They often got confused in differentiating between these two which further created confusion in their names too. Meanwhile, a fan has recently compared Raveena to Twinkle, to which Raveena has come up with a funny and witty reply.

Raveena Tandon is well known for her bold style. She is frequently seen keeping her opinion openly. On Sunday, Raveena kept an Ask Me Anything session on her official Instagram handle. Various people asked her questions to which Raveena also answered in an interesting manner.

During the session, one fan told Raveena that ‘in childhood, he used to be very confused about the similar looks of Raveena and Twinkle Khanna’. To this, Raveena replied in a funny way. She said, ‘You get the cataract operation done, the funds will be arranged.’ 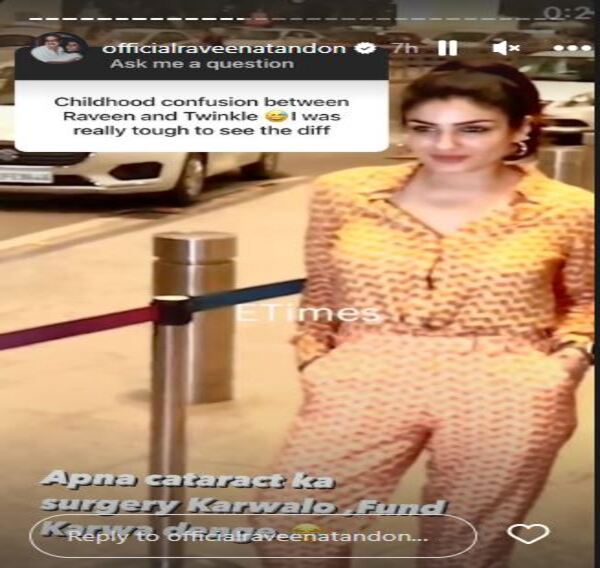 Work wise, Raveena Tandon won praises with South Cinema’s blockbuster film KGF Chapter 2 (KGF 2) released last year. In this film of South Superstar Yash, Raveena played the character of Ramika Sen. Besides this, the actress made her digital debut in 2021 with Aranyak. She was seen portraying a tough cop in the series. Raveena will soon rekindle her on-screen collaboration with Sanjay Dutt with Ghudchadi.