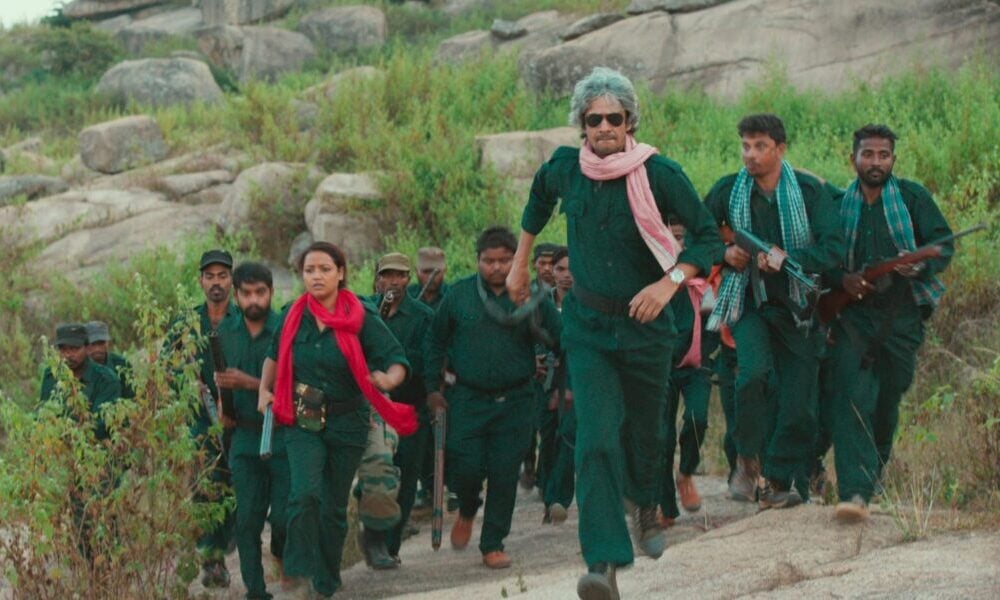 In 2012, about more than 500 tribal unemployed youths living in the forests of Jharkhand were falsely made Naxalites on paper and forced to surrender. Most of the youths who surrendered simply wanted to serve the Indian Army for a noble cause. By taking money from these youths, it was claimed that by surrendering as Naxalites, they would get their desired job. The audience have witnessed many movies on Naxalites however no film has shone a light on this incident which speaks of the underlying issues in our society.

Rose Quartz Entertainment in association with Akriti Entertainment Pvt. Ltd. is proud to announce the theatrical release of the film ‘LOHARDAGA.’ Produced by Dr Neha Shandilya and directed by Lal Vijay Shahdeo, this film is the story of one of the unfortunate youths of Jharkhand who were lured and made to surrender as Naxalites – Manu. The aspiration of most of these youths who were imprisoned in the open jail was to recover from their worst life, but the promise of recruitment to them turned out to be false. We follow Manu as he struggles at each step of the way and ends up in a worse situation than before.

Director Lal Vijay Shahdeo shares, “Lohardaga throws light on such a critical occurrence which didn’t make a big splash in the media maybe because the government in power during that time was looking to save face. India is the world’s youngest country, with over half the population being under the age of 25. Even though social media has changed compared to a decade ago. There are still many such Manus’ who spoil their lives by becoming Maoist because of greed or poverty.”

In the words of Producer Dr Neha Shandilya, “The story based on true events taking place in Jharkhand, ‘LOHARDAGA’ captures the state of the situation flawlessly, which flew under the radar of the Indian citizens. We made this film to spread awareness about the situation and not let history repeat itself. We have to save our young ones and be better providers for their future. We majorly casted fresh faces for this film as we believe in offering a platform for up-and-coming artists. We are hopeful that the audience will enjoy the film and spread the message that we convey with it.”

Actor Sanjay Mishra shares, “I was encapsulated when I read the script and found out that it was based on true events. We can only fathom the struggle and fear these several young kids carried during this ordeal. We – the citizens as well as our Indian Government should strive towards being a bridge for our youth and guide them towards a better future, not making fake promises for some petty cash. I hope the audience will watch the film and understand the gravity of the incident.”

Widely acclaimed actor, film director, and narrator Vijay Raaz adds, “This is unfortunate to learn that thousands of poor innocent youngsters became Maoists, just to get jobs as promised under the surrender scheme of the government. It is much more disheartening to know that such stories never used to see the light of day in the past. I am glad to have been a part of the film, which touches on such a sensitive yet informative topic. I wish that the audience will watch the film and witness the talented cast and brilliantly written script.”

The Star cast also includes acclaimed actor Akhilendra Mishra, Ravi Jhankal, Dadhi Pandey, Hansraj Jagtap, Neetu Pandey, Charul Malik, Priya Ambust and Sarvadaman along with more than 100 talented actors. LOHARDAGA was screened at Cannes Film Festival in 2019 and was very well received. The film is written by Vijay Lal Shahdeo along with Kedar Dharwadkar and Sandeep Akut as co-writers. The commercial release of the film is set to release in early February of 2023. Stay tuned for more updates!