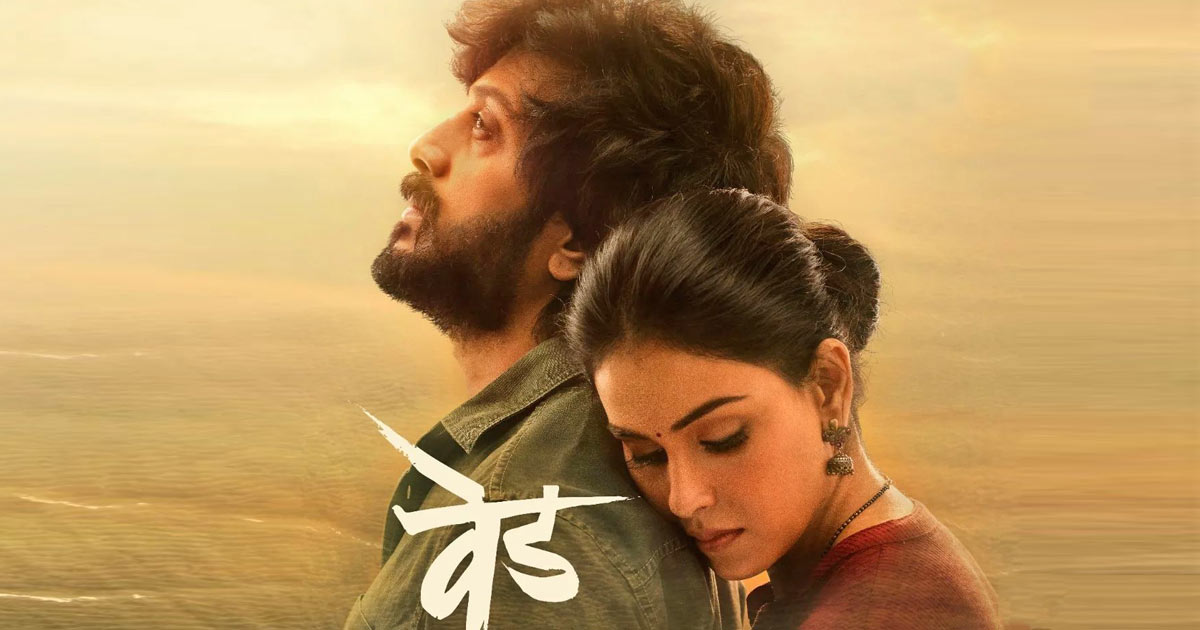 It was a very good 15th day for Ved as it brought in 1.35 crores more. On Thursday, the collections were 1.53 crores so the collections aren’t too far off. It was mentioned in this column that for the film to continue its blockbuster run, anything over 1.25 crores on Friday would be quite good and this is exactly what has happened.

From here, the film is bound to hit the 2 crores mark again today. The trending in the first two weekends was superb as big jumps were seen on Saturday and Sunday. Now the same is expected this week as well since the Riteish Deshmukh and Genelia D’Souza starrer is working with the family audiences. Moreover, due to its massy appeal, the largely single screen audiences are expected to continue patronizing it this week as well.

The film has accumulated 42.20 crores now and in the rest of the weekend around 4.50 crores will comfortably come in with chances of even 5 crores mark more to come in. From there, it would be a cakewalk for the film to go past the 50 crores mark within this week itself, with perhaps a couple of crores more been added to the total. Ved is all set to go past the 65 crores lifetime total and in the process turn out to one of those very rare Marathi films to achieve this feat.

Must Read: Not Avatar Or Avengers: Endgame But Star Wars: The Force Awakens Is The Highest Grosser In North America & It’s Undefeated For 7 Years Now [Box Office Rewind]