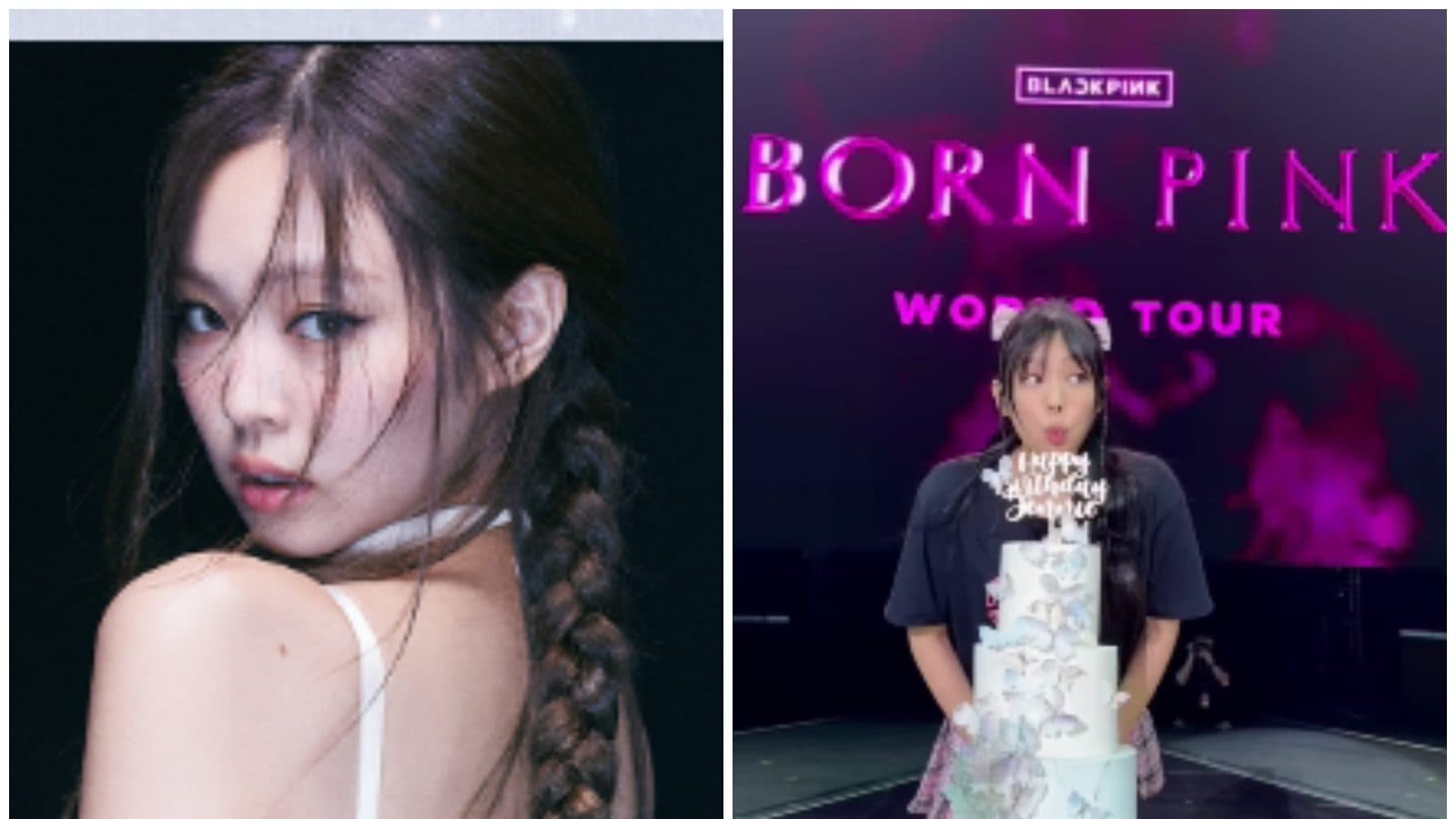 It is Blackpink member Jennie’s birthday today. The group is on their Born Pink world tour and Jennie celebrated her birthday on stage during their show in Hong Kong.

Blackpink can easily be termed the most popular girl group in K-pop, with a dedicated fandom called Blinks. The birthday of each member is a special occasion for fans, who love to celebrate the day in a special way and express their love for their idol. It is Blackpink member Jennie’s birthday today. The group is on their Born Pink world tour and Jennie celebrated her birthday on stage during their show in Hong Kong.

Jennie shared moments from her birthday celebration on stage via Instagram stories. The singer can be seen blowing out the candles on a white three-tier cake. She later posted photos on Instagram, thanking fans for their wishes.

Fans also shared videos of the other Blackpink members – Jisoo, Lisa and Rose – singing birthday songs for Jennie on stage.

The friendship between former Girls’ Generation member Jessica and Jennie still seems to be going strong. On the evening of January 15, Jessica revealed on Instagram Stories that she had attended Blackpink’s Born Pink concert in Hong Kong to show her support for Jennie.

Jennie recently went viral for her all-black near-backless outfit at the BORN PINK concert held in Hong Kong on January 14, 2023. BLINKs across the globe went into a collective frenzy after seeing videos and photos of the SOLO singer on Twitter. While the remaining three members, Jisoo, Rosé, and Lisa, looked their absolute best, Jennie took the crown as she popped up on numerous Twitter timelines due to her outfit and stage presence.

After wrapping up three nights of shows in Hong Kong, BLACKPINK will be heading to Riyadh for their next concert on January 20.

Jennie was rumoured to be dating BTS member V, after certain photos of them together surfaced on the Internet last year. Blackpink and BTS are the two biggest K-pop groups and any news of them getting together, either professionally or personally, gets their fans excited.