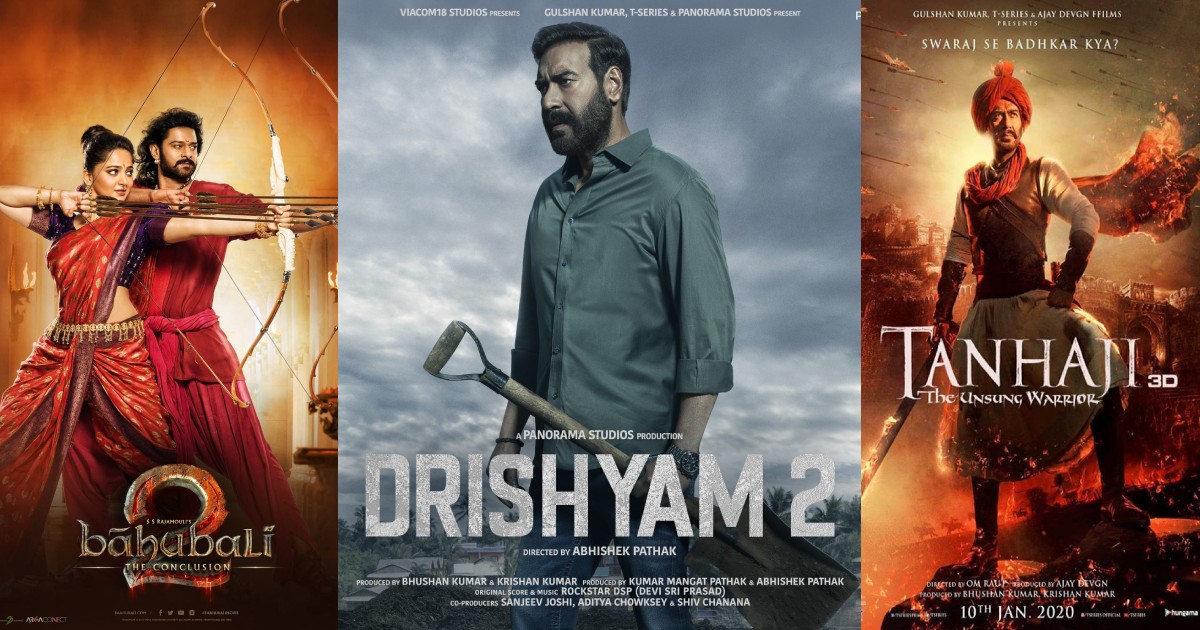 Beats Baahubali 2 (Hindi), Tanhaji & Several Other Biggies With Its 6.05 Crores In Week 7!

Drishyam 2 is simply unstoppable and it’s now clear that the film will keep adding numbers to its tally till Shah Rukh Khan’s Pathaan arrives in theatres. Recently, it closed its week 7 at the Indian box office and went on to bag the second-best numbers for any Hindi release, surpassing Tanhaji: The Unsung Warrior, Baahubali 2: The Conclusion and other biggies. Keep reading to know more!

Released on 18th November 2022, the Ajay Devgn starrer completed 50 days in theatres recently. Despite multiple releases, the film is refusing to end its theatrical run. In fact, the failure of Ranveer Singh’s Cirkus has helped the film in getting more screens and show count from Indian exhibitors. As a result, the run has been revived.

Meanwhile, Drishyam 2 recently surpassed the worldwide collections of Uri: The Surgical Strike (335.99 crores gross). Soon, it will surpass the numbers of Hrithik Roshan’s Bang Bang (340 crores gross). The film also crossed Bhool Bhulaiyaa 2’s 185.49% returns to become Bollywood’s second most profitable film of 2022. As of now, the Ajay Devgn starrer is the 5th most profitable Hindi film of 2022.