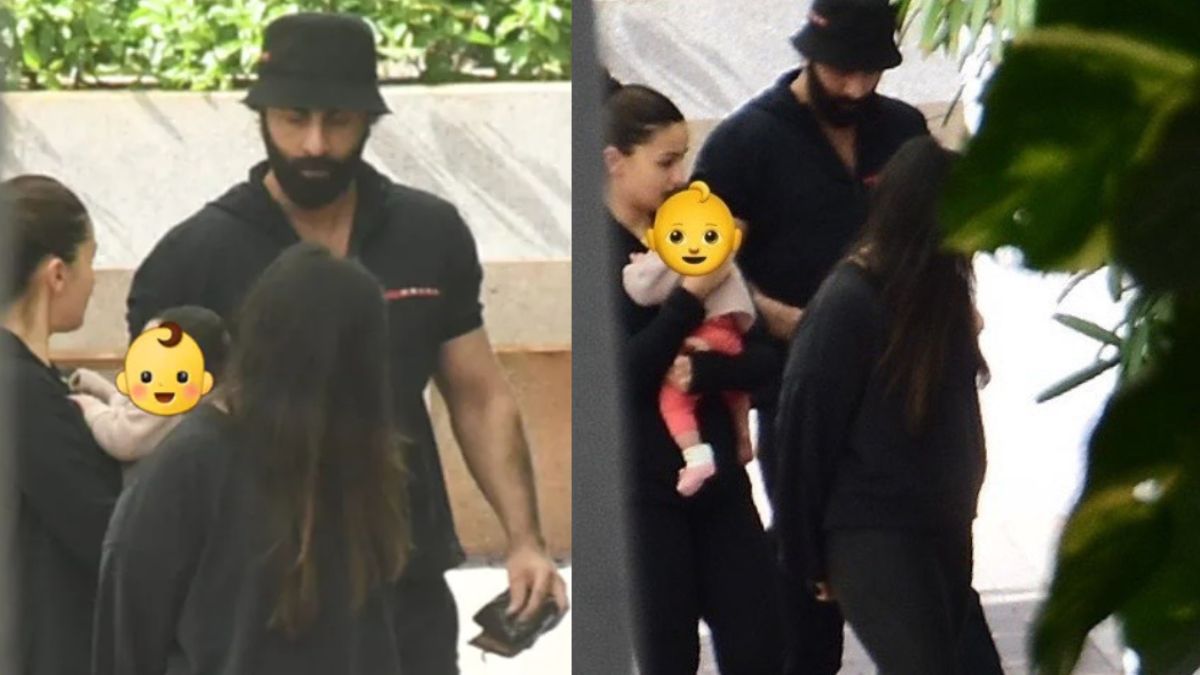 Raha Kapoor recently took a walk around the city with her parents Alia Bhatt-Ranbir Kapoor and her maternal aunt Shaheen Bhatt.

New parents Alia Bhatt and Ranbir Kapoor were photographed for the first time with their daughter Raha in Mumbai on Friday afternoon. The star couple went for a walk with their daughter Raha. Alia’s sister Shaheen Bhatt is also seen with new parents. It Is well known that Alia Bhatt and husband Ranbir Kapoor welcomed their first child, a daughter, last November. They named her Raha.

Now After The couple were spotted, some pictures have come to the fore, in which Alia is seen carrying daughter Raha in her lap.Alia and Ranbir were seen in black outfits during this time.However, this time also Alia Bhatt and Ranbir Kapoor have not shown the face of their daughter Raha.

In the pictures, Baby Raha is seen in a pink dress. Newly come Mumma Alia is seen holding her daughter Raha close to her.Photos of Ranbir-Alia with their daughter are becoming very viral.It is known that Alia Bhatt gave birth to a daughter on 6 November. 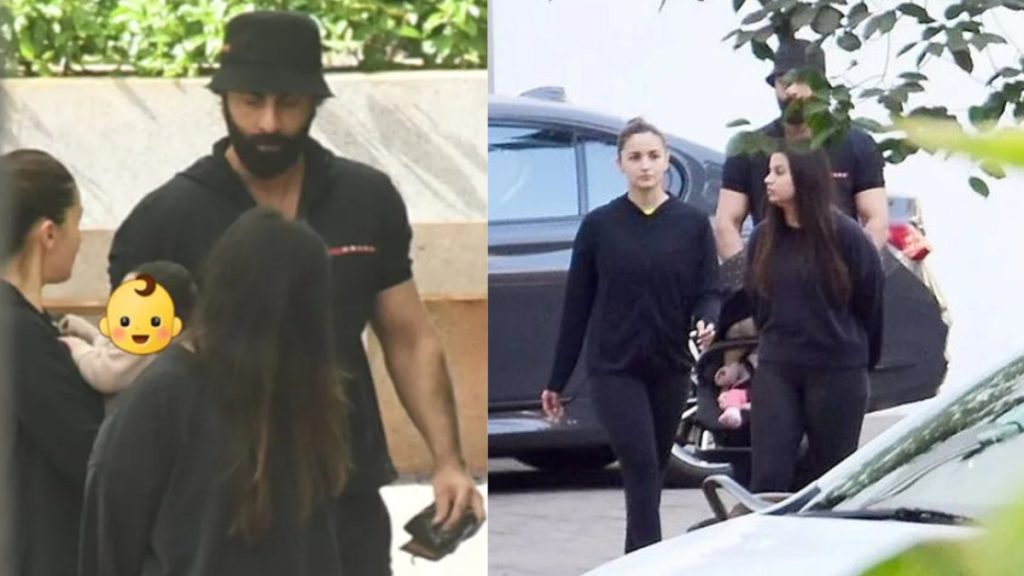 Ranbir’s mother Neetu Kapoor has named her granddaughter Raha Kapoor.Reacting to the photo several fans seen showering the love in the comment section. one fan commented, “They are all dressed in black. Looks like they’re going to steal the baby. Another comment: “Happy family.” 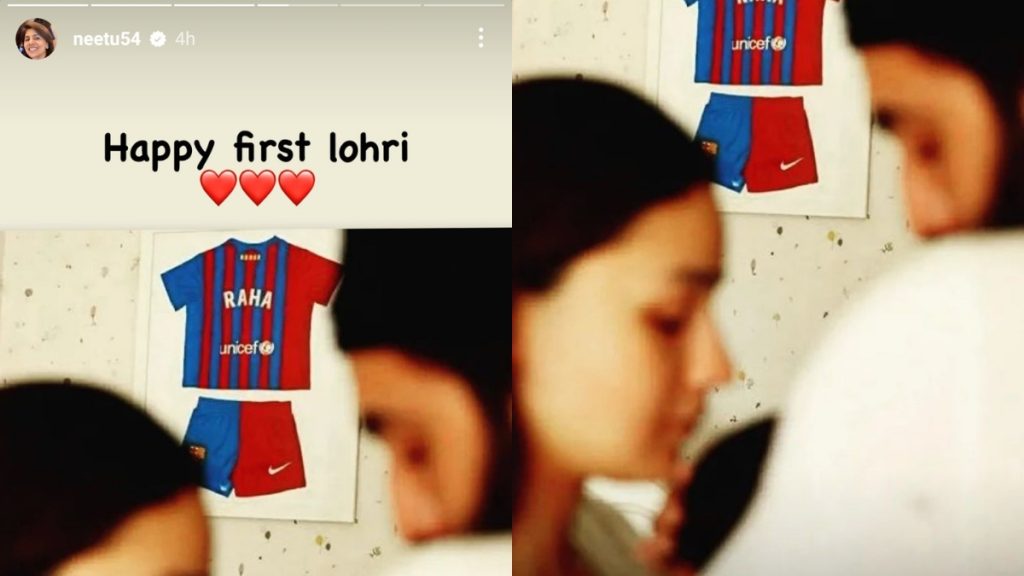 Let us remind you, Alia Bhatt And Ranbir Kapoor married at their Vastu home in front of family members and only close friends last April. The celebrity couple dated for over five years before getting married.After 2 months of their marriage, The couple Announced their pregnancy in June and welcomed daughter Raha on 6 November 2022.