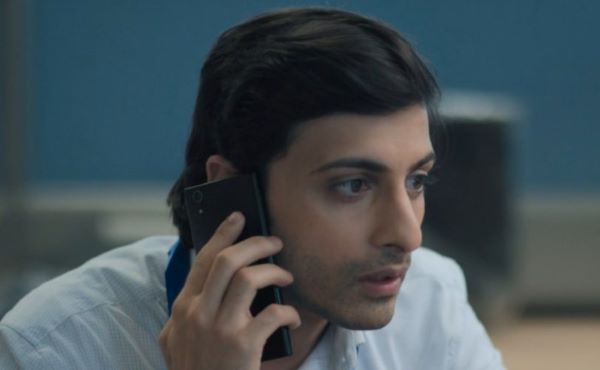 As delightful as the first season – Planet Bollywood

Much before the advent of OTT platforms in India, The Viral Fever or TVF was one brand that was churning out high-quality digital shows on platforms like YouTube and later on their own homegrown content portal TVFPlay. Even today, perhaps in a bid to remain self-sufficient or independent, TVF is releasing a lot of its shows on YouTube. What’s incredible is that the massive success of the first season of a series leads towards it being picked up by a streaming platform and we see the second season of that show dropping there.

In the recent past, this happened with many of the shows (‘Kota Factory’ being a prominent example) produced by TVF. Now, ‘Cubicles’, whose first season had released on YouTube in 2019, has seen its second season being streamed on Sony LIV.

In the first season of ‘Cubicles’, we saw Piyush Prajapati (Abhishek Chauhan) settling down in his first job as an IT professional. Piyush went through a series of interesting experiences both in his personal and professional life and continued to march forward in both the spheres. Just like the first season, the second season spans across five episodes, each of which is roughly 30 minutes long. Now, the big question is whether the second season manages to match up to the brilliance of the first season? The answer to that is a big yes!

The first season boasted of great writing and the kind of plots that were very relatable. With each episode being 30 minutes long, the makers ensured that the narrative was crisp and moved at a fast pace. Not just the leads but even the characters who appeared briefly in the show were etched out very well. The second season has all the positives that made the first season highly enjoyable and it also succeeds in skillfully showing how the protagonist has evolved in the last two years.

The first episode itself throws up some sweet little surprises including Piyush sharing an apartment with one of his friends/colleagues. The addition of some new characters, including that of the delightful RDX aka Dilip, keep you consistently engaged and wondering how the equations shared by the vastly interesting characters working in these cubicles would evolve with time.

After a gap of almost two years, Abhishek Chauhan reprises the character of Piyush Prajapati. While he brings back memories of the immensely likeable character you saw in the first season, he also does very well in adding some nuances in his performance which give us a glimpse of the life experiences this individual has gone through in the last two years. Also reprising their roles wonderfully from the previous season are Badri Chavan, Niketan Sharma, Shivankit Parihar Nidhi Bisht and Khushbu Baid. Among the new entrants, Ayushi Gupta (as Sunaina Chauhan) and Jaimini Pathak (as R. Dilip/RDX) leave a solid mark.

While the show would greatly appeal to those who have worked or are working in the very competitive sector. Those who haven’t will appreciate the show for its incredible writing, dexterous direction and heartwarming performances.

If you haven’t watched the first season, one would recommend you to watch it first to enjoy the second better. With a cumulative runtime of (roughly) two and a half hours, it would be akin to watching a feature film and therefore, wouldn’t be tough to binge-watch for those who don’t watch web shows ardently.