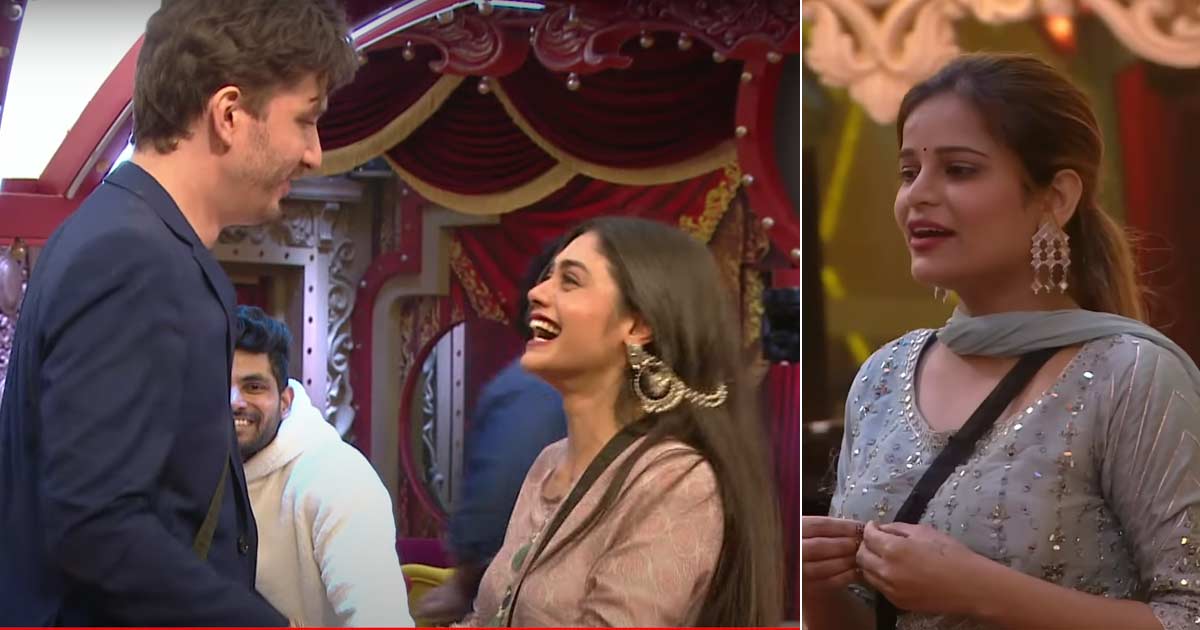 Archana Gautam Reveals Her Fantasy To Sreejita De’s Fiancé & It’s One Of The Most Desiest Thing Ever!

In the most recent episode of Bigg Boss 16, contestant Sreejita De’s fiance Michael Blohm-Pape entered the controversial house with a ‘griha pravesh’. However, it was Archana Gautam’s fantasy that left Blohm-Pape in splits.

She shared that talking to a foreigner has been on her bucket list. Scroll below to know what she said as well as catch a glimpse of it on video.

In a promo shared by the makers of Bigg Boss 16 on Instagram, Michael Blohm-Pape is seen entering the Bigg Boss house. He then gives a warm hug to Sreejita De. Then, Archana Gautam sits with Sreejita’s fiance in the garden area, and says: “Meri fantasy pata hai kya thi, ek baar foreigner se baat karun (You know what, my fantasy was to talk to a foreigner).”

After hearing this, Michael says: “Seriously?” and started laughing. Check out the Bigg Boss 16 clip here:

He tried by looking at Sreejita and saying: “Maarte maarte mor bana dunga.”

In the end, Archana can be heard saying to Sreejita: “Terko ghar jaakr banayega mor, ruk.”