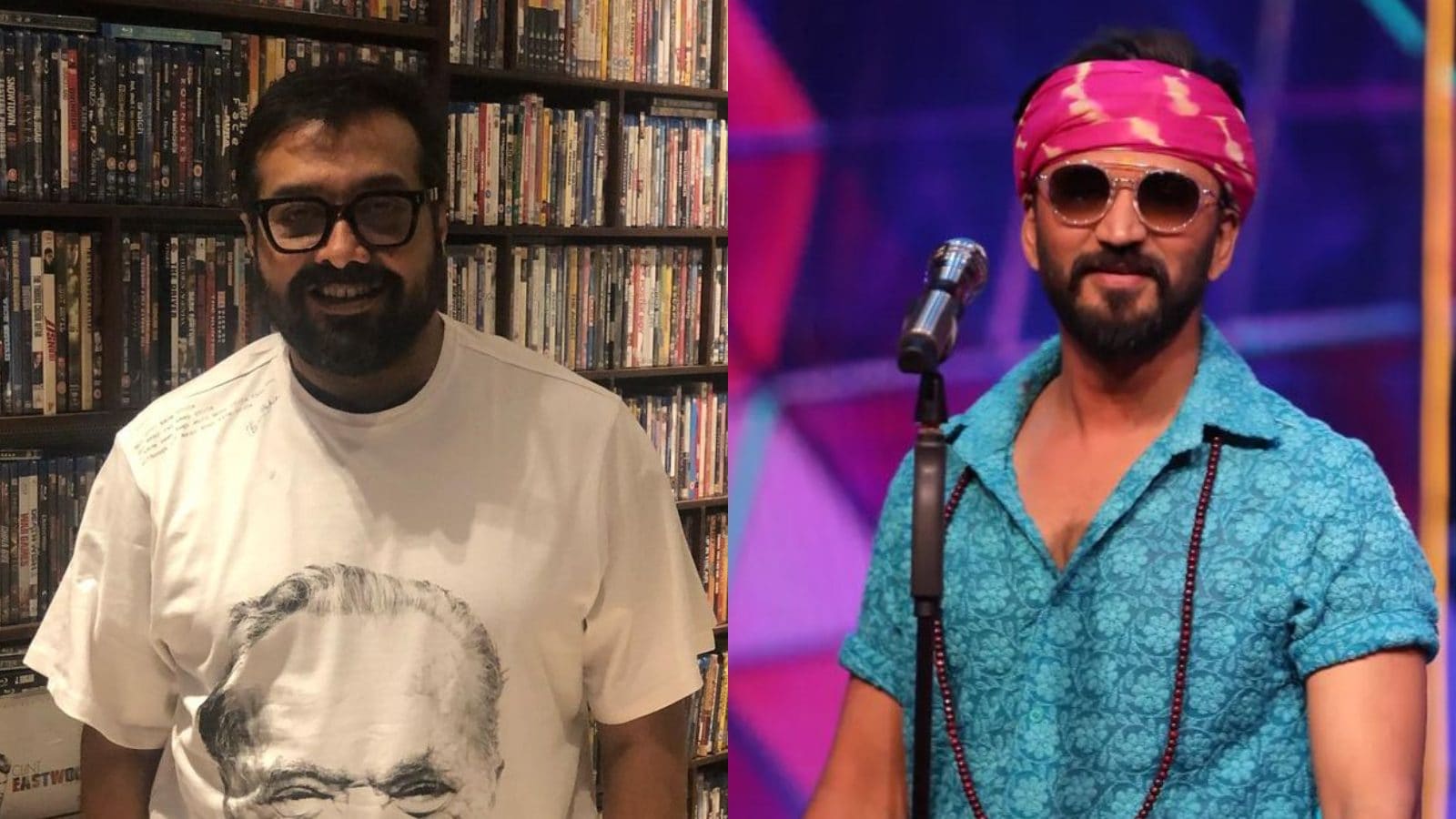 Anurag Kashyap and Amit Trivedi worked together in Almost Pyaar With DJ Mohabbat.

Anurag Kashyap and Amit Trivedi have once again teamed up for Almost Pyaar With DJ Mohabbat, the jukebox of which is being praised for its new-age and quirky mood.

Be it Dev D (2009) or Manmarziyaan (2018), the duo of music composer Amit Trivedi and filmmaker Anurag Kashyap has been known to create magic. In fact, it was the music album of Dev D that marked Trivedi’s foray into film music in a full-fledged way and captured airwaves for its distinct and unusual sound. They also collaborated on the anthology film Bombay Talkies (2013). And now, they have once again teamed up for Almost Pyaar With DJ Mohabbat, the jukebox of which is being praised for its new-age and quirky mood. The film also has Shellee onboard as a lyricist and interestingly, he had penned the lyrics for the songs in Dev D and Manmarziyaan too.

Trivedi and Shellee worked on the music album of the film for four long years and produced tracks that present a quirky take on modern romance and young love. The lyrics writer even spent time with his son and Kashyap’s teenage daughter to get a hang of the language used by Gen Z. Along with Trivedi, he made use of the Covid-19 lockdown to experiment with different ideas and versions until they reached a sound that perfectly complements the vibe of the film. Talking about it, Kashyap says, “Amit and Shellee spent four years working on the music because it’s a very different world to belong to, lyrically. It was hard work as Shellee had to let go of the poet in him and sat down with his son and my daughter to use the lingo of today’s generation.”​

Talking about working with Trivedi again, Anurag shares, “Amit and I go a long way. It has been a friendship of 15 years and every time we have collaborated, he has given me some of the unforgettable melodies and this one is no exception. Amit has put his heart and soul for the album of this movie and his extreme patience with me in every situation is what I adore the most.”

Amit adds, “Anurag always has a distinct vision for his films. Dev D was a turning point in my career but we approach each film from a fresh lens and attempt to crack something new with every collaboration and that’s exactly what audiences can expect from the Almost Pyaar With DJ Mohabbat album.”

The album of the film has a total of eight songs – Woman Desi, Duniya, Mohabbat Se Kranti, Banjaare, Ghangor Connection, Maintenance, Tabah Tabah, and Netflix & Chill – all of which is intended to capture the life and the times of the youth of today. The film stars Alaya F and debutant Karan Mehta. It had its world premiere at Marrakech’s Jemaa El Fna Square last year. Almost Pyaar With DJ Mohabbat is touted to be Kashyap’s ode to modern love and it is slated to release on February 3, 2023.