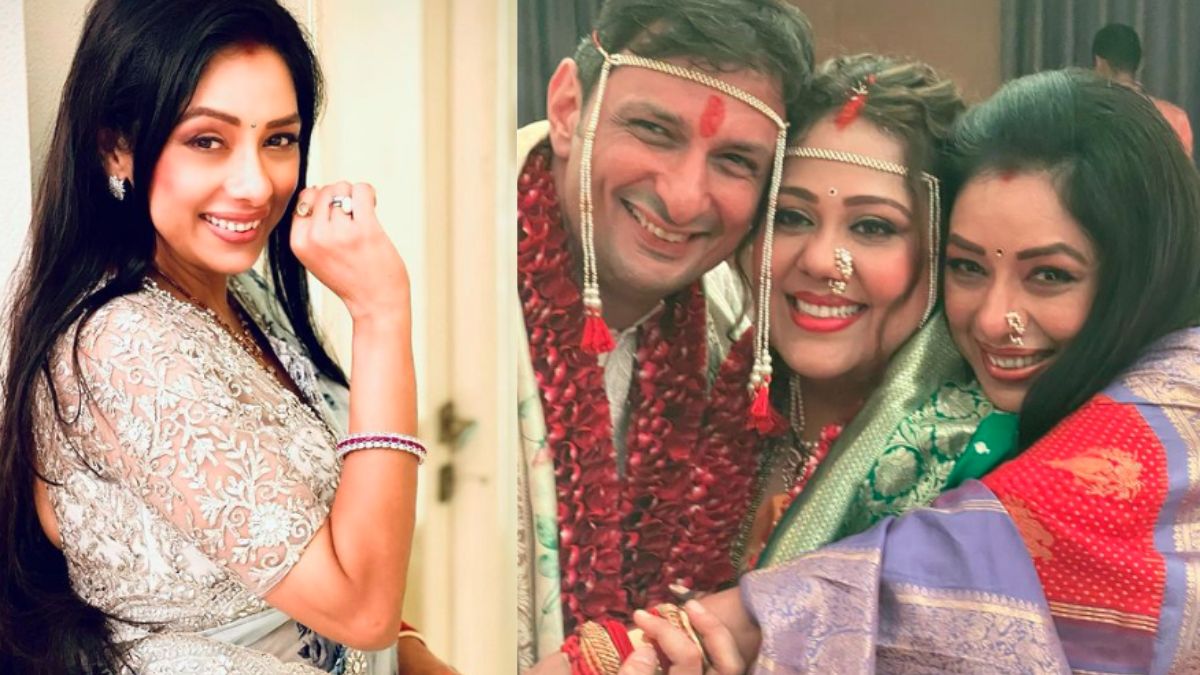 TV actor Rushad Rana finally tied the knot with Anupamaa’s creative director Ketaki Walawalkar on January 4, 2023) in Mumbai. The couple got married as per Maharashtrian customs in the presence of their close friends as well as family members. Anupamaa’s main actress Rupali Ganguly shared the first picture of Rushad and Ketaki on Instagram.

Rupali shared the pictures of the newlywed. She captioned it, “Ho gayi shaaaadddiiiiii.” Rushad Rana and Ketaki Walawalkar’s wedding was attended by TV celebrities like Rupali Ganguly, Sudhanshu Pandey, Gaurav Khanna, and others.

In the above pictures, Rupali Ganguly was seen hugging Rushad Rana and Ketaki Walawalkar. They looked stunning together in Maharashtrian wedding attire. Ketaki looked stunning in a yellow Kashta saree. She paired it with a green shawl. On the other hand, Rushad wore an off-white colored kurta-pajama. Her post is becoming viral. Fans can’t stop raving about the newlyweds’ looks. Rushad commented on her post. “We loveee you,” he wrote. 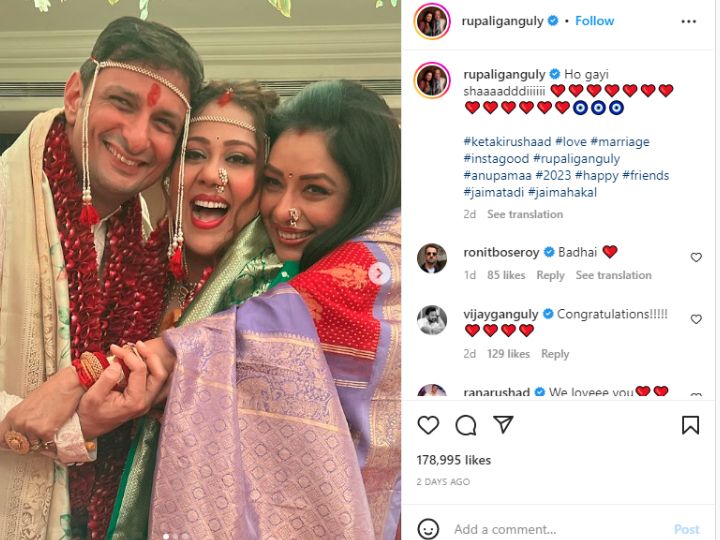 Their mehndi ceremony was held in Mumbai. It was attended by the cast members of Anupamaa. It included Rupali Ganguly, Sudhanshu Pandey, Gaurav Khanna, Sagar Parekh, Madalsa Sharma, Ashish Mehrotra, Nidhi Shah, Alpana Buch, and others. Their pictures are liked by everyone.

Let us tell you about Rushad Rana and Ketaki Walawalkar’s relationship. They met for the first time on the sets of Anupamaa. For the uninitiated, Rushad plays Kavya’s husband. The role of Kavya is played by Madalsa in the show. His character was loved by all. Fans are happy to see him back on the small screen.