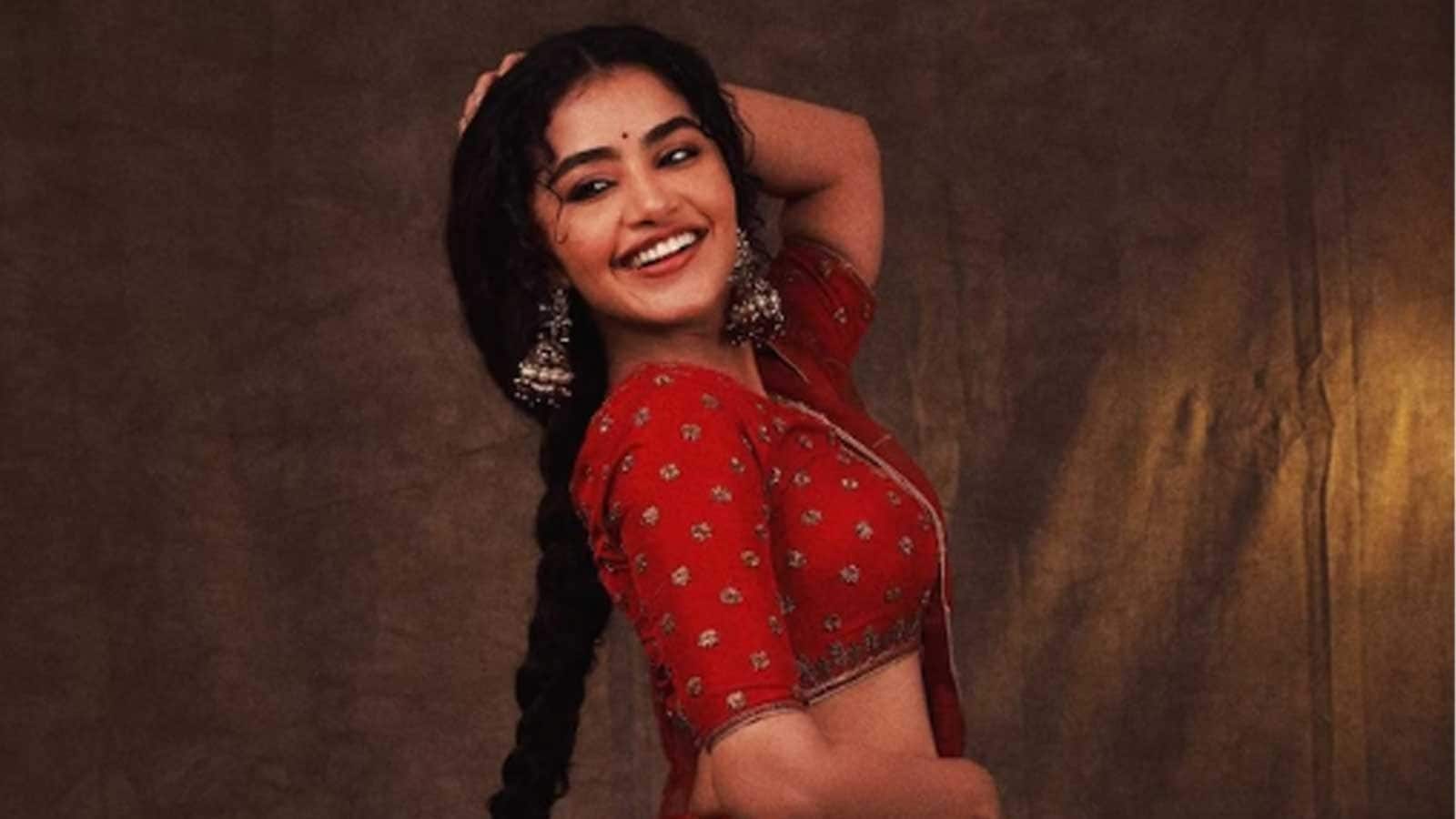 The actress gave us some major inspiration for the ongoing wedding season with her latest post.

She was seen donning a pair of Kundan jhumkas to keep her look simple. The diva surely knows the mantra of “less is more.”

South actress Anupama Parameswaran has won the hearts of her fans, be it with her acting skills or aesthetic looks. Her sartorial choices never fail to turn heads, and her forthright attitude has left many people stunned on numerous occasions. Once again, the diva made her fans go gaga over her by posting a few pictures on her Instagram profile. The actress gave us some major inspiration for the ongoing wedding season with her latest post. She was seen in a red lehenga, had her hair done in a long braid and was seen donning a pair of Kundan jhumkas to keep her look simple. The diva surely knows the mantra of “less is more.” Following the same, she kept everything subtle yet elegant. She captioned her post, “Happy Makara Sankranthi.”

Earlier too, Anupama had set some major ethnic fashion goals in a mustard and grey coloured saree with a full-sleeved blouse. She completed her look with an exquisite neckpiece. The actress kept her makeup subtle, leaving her lustrous, curly locks open and flashed a sweet smile. Anupama struck some mesmerising poses.

The actress captioned the photos, “From childhood, I have the habit of keeping the best for the last… Fun fact – it remains the same, see you at the movies tomorrow.” Several fans commented on her post shortly after the actress posted her photos online, showering her with love and admiration. Some congratulated the actress on her upcoming film. Others have lavished praise and compliments on her comment section.

Anupama has a great sense of style, and her Instagram is proof. The actress’ willingness to experiment with her appearance is what distinguishes her.

The actress made her film debut in 2015 with Premam, and she has since delivered exceptional box office results. Karthikeya 2, Ante Sundharaniki, Kurup, 18 Pages, Shatamanam Bhavati, and Hello Guru Prema Kosame are some of her other films. She was last seen in Butterfly, an OTT release that premiered on December 29 last year.