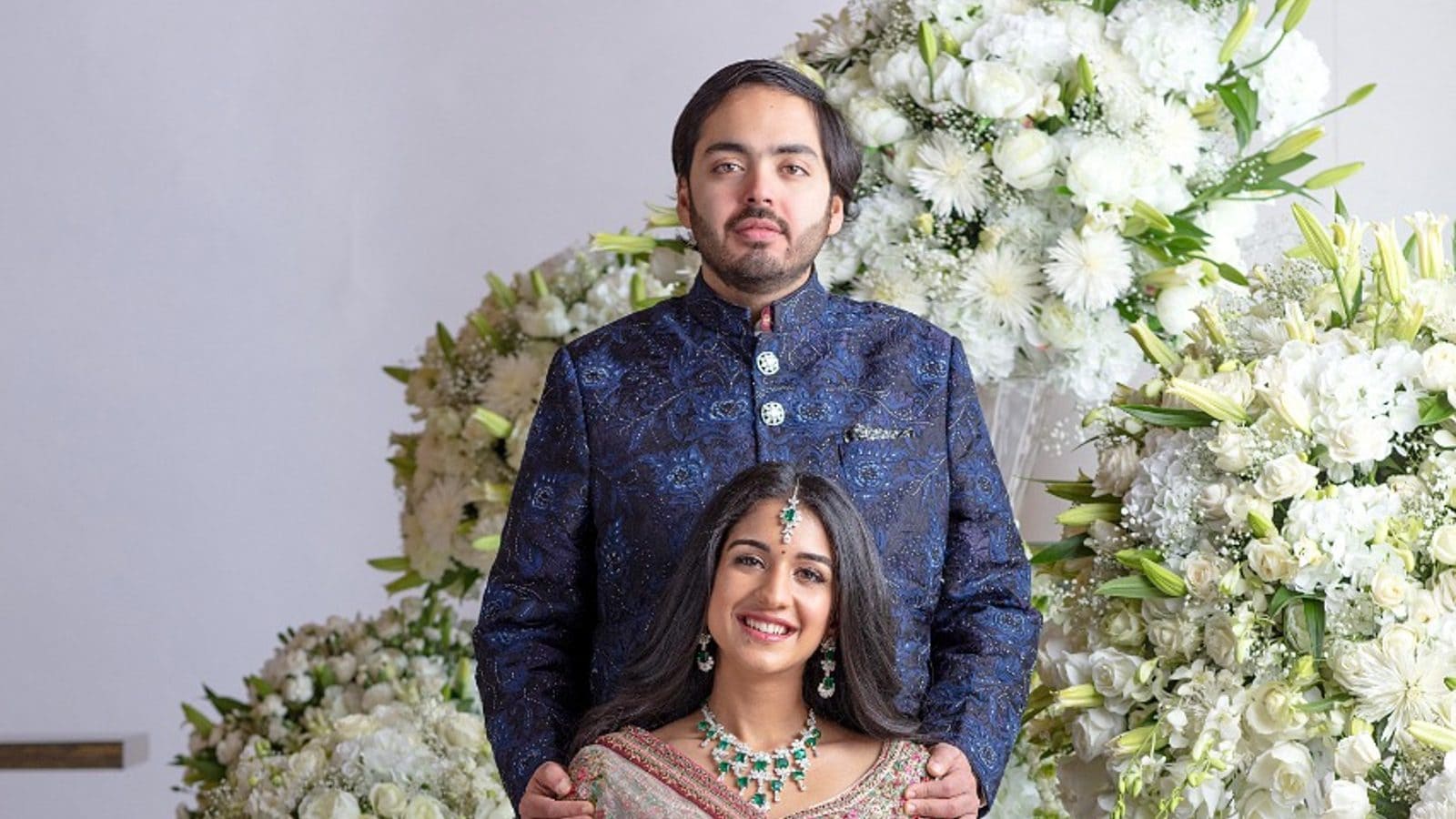 The roka ceremony of Radhika and Anant was performed at the Shrinathji Temple at Nathdwara in Rajasthan on December 29. (Twitter/@CNBCTV18News)

Anant Ambani, son of Reliance Industries Chairman Mukesh Ambani and wife Nita, is all set to get engaged to Radhika Merchant in Mumbai today. Radhika is the daughter of Encore Healthcare CEO Viren Merchant. The grand ceremony will take place at 39, Altamount Road from 7 pm onwards.

The engagement festivities began on Thursday, with photos of Radhika flaunting her Mehndi going viral. The bride-to-be was dressed in a pink lehenga by designer duo Abu Jani and Sandeep Khosla. Now, the couple is all set to have their ‘Gol Dhana’ or engagement ceremony today.

What is Gol Dhana?

Gol Dhana literally means coriander seeds and jaggery, which is distributed to guests at the ceremony. At a Gujarati wedding, the ceremony represents an engagement. The bride and her family arrive at the groom’s house with sweets and gifts. The couple then exchanges engagement rings and seeks blessings from five married women from each family.

Meanwhile, the Roka ceremony of Radhika and Anant was performed at the Shrinathji Temple at Nathdwara in Rajasthan last month in the presence of family members and friends. They had received a grand welcome on their return to Mumbai after the ceremony. It was followed by a party at the Ambani house ‘Antilia’, attended by Bollywood biggies such as Shah Rukh Khan, Salman Khan, Ranbir Kapoor and Alia Bhatt.

Anant Ambani, the youngest son of Nita and Mukesh Ambani, studied at Brown University in the US. He heads the energy business of oil-to-telecom-to-retail conglomerate Reliance Industries Ltd. Anant is also on the boards of Jio Platforms, the group’s telecom and digital company, and Reliance Retail Ventures. Radhika Merchant, meanwhile, serves as a director on the board of Encore Healthcare.

Radhika Merchant is a trained Indian classical dancer and delivered her first on-stage dance performance or ‘Arangetram’ in June last year. Mukesh Ambani and Nita Ambani hosted the ‘arangetram’ ceremony for Radhika at the Jio World Centre in Mumbai.