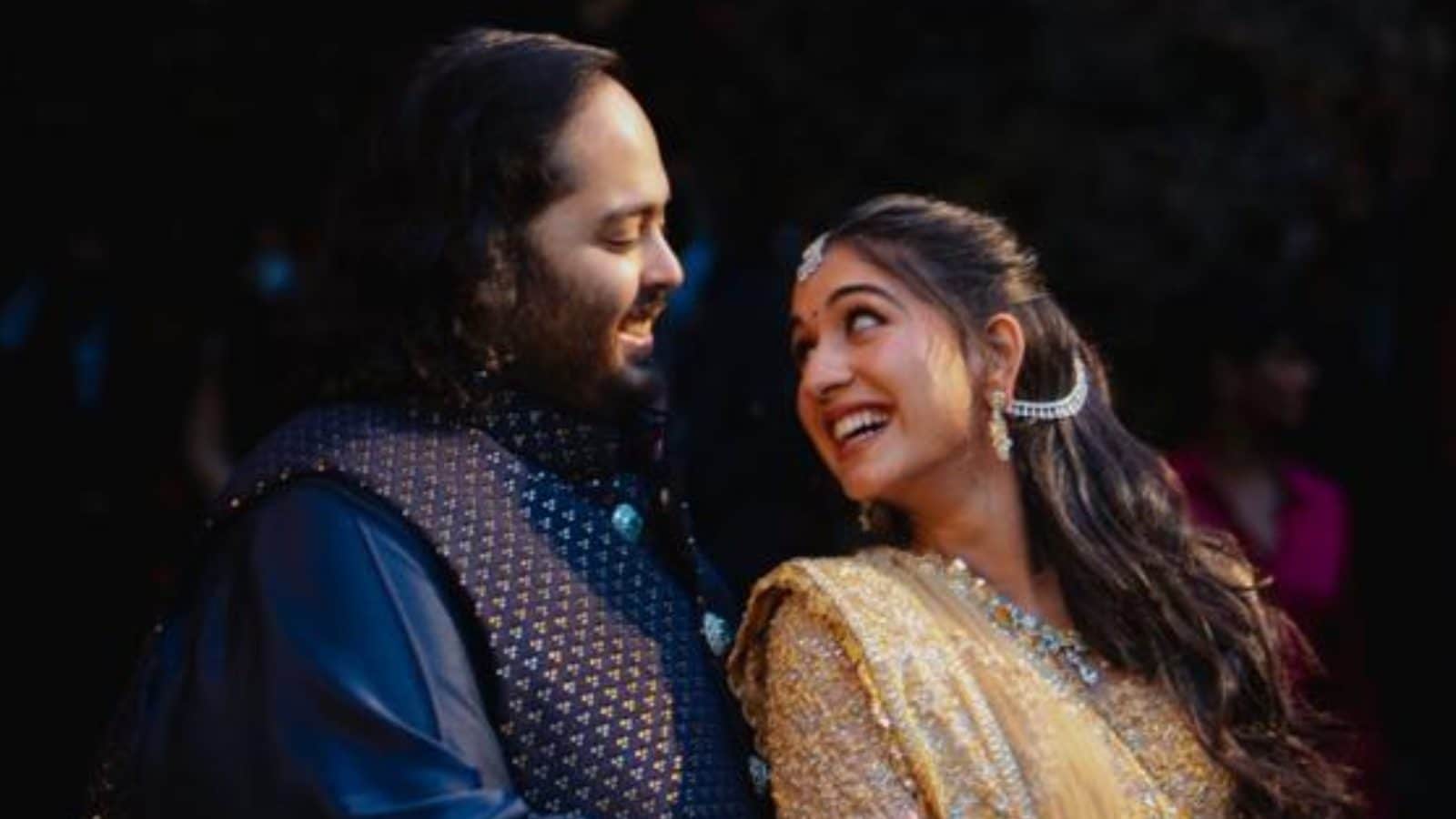 Anant Ambani, Radhika Merchant Get Engaged in Mumbai; First Photos Are Out

Anant Ambani and Radhika Merchant look adorably at each other.

Anant Ambani and Radhika Merchant have known each other for several years and got rokafied in Nathdwara, Rajasthan, last month.

Radhika looked stunning in a gold embellished lehenga, while Anant looked dapper in a navy blue kurta pajama. The couple posed together for the paparazzi stationed outside Antilia before heading inside for the Gol Dhana ceremony. The couple greeted the photographers with a big smile and even posed with their families. The Ambani family ahead of the Gol Dhana ceremony at Antilia. The Ambani family greets the photographers stationed outside Antilia. Anant Ambani and Radhika Merchant get engaged in Mumbai.

Gol Dhana literally means coriander seeds and jaggery, which is distributed to guests at the ceremony. At a Gujarati wedding, the ceremony represents an engagement. The bride and her family arrive at the groom’s house with sweets and gifts. The couple then exchanges engagement rings and seeks blessings from five married women from each family.

Meanwhile, the Roka ceremony of Radhika and Anant was performed at the Shrinathji Temple at Nathdwara in Rajasthan last month in the presence of family members and friends. They had received a grand welcome on their return to Mumbai after the ceremony. It was followed by a party at the Ambani house ‘Antilia’, attended by Bollywood biggies such as Shah Rukh Khan, Salman Khan, Ranbir Kapoor and Alia Bhatt.

Anant, son of Nita and Mukesh Ambani, completed his studies from Brown University in the USA and has since served at Reliance industries in various capacities including as a member on the Boards of Jio Platforms and Reliance Retail Ventures. He currently leads the energy business of RIL. Radhika, daughter of Shaila and Viren Merchant, is a graduate of New York University and serves as a Director on the Board of Encore Healthcare. She is also a trained Indian classical dancer and delivered her first on-stage dance performance or ‘Arangetram’ in June last year.